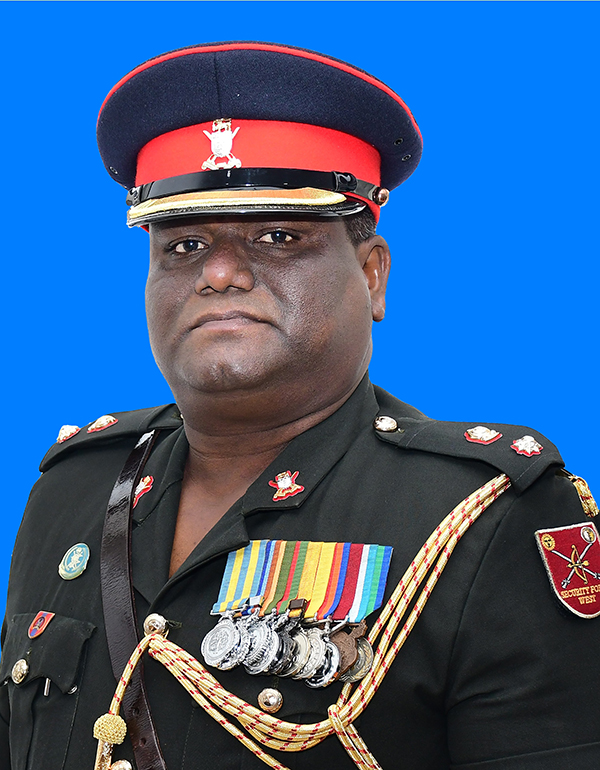 1.      Lieutenant Colonel Tharanga Silva USP ato Lsc, who was born on 04 October 1976 is a proud product of De Mazenod Collage, Kandana. This Senior Officer joined the regular force of Sri Lanka Army on 06th July 1995 as an Officer Cadet of intake 43. Upon successful completion of basic military training at Sri Lanka Military Academy, Diyathalawa, he was commissioned in the rank of Second Lieutenant and posted to the Sri Lanka Army Ordnance Corps on 21st June 1997.

4.      The Senior Officer is the first Ordnance Officer to served as the Staff Officer at United Nations Mission in Haiti (MINUSTAH) in year 2006 – 2007.

6.       He has captained the Army Tennis Team from 2004 to 2007 and received Army colours for Tennis in year 2010. Also he has represented the Ordnance Tennis and Rugby teams and appreciated with Regimental colors for both games in year 2017.