The Inter Company Combat Firing Meet which was organized with the aim of testing leadership skills of officer cadets, skills in clearing obstacles, section level fire and maneuver, and effective engagement of targets in a battle environment was held at the Field Firing Range (FFR) of Fox Hill from 19 th to 21st November 2022. The officer cadet intake of 91, 91 B, Short Course 19, Lady 19, 61 (V), 61 A (V), Lady 18 (V), 92, 92 Alpha, SC 19 Alpha, 61 (V) Alpha and Lady 18 (V) Alpha representing four Companies of the Academy competed for the Trophy of Champion Company. The biggest challenges for the competitors are the clearing of Battle Obstacles, two-kilometer run, concentration on targets and tactical maneuver.

With the hoisting of Company Flags, the Combat Firing Meet was officially commenced with the participation of the Commandant of the Sri Lanka Military Academy, Major General WWHRRVMNDKB Niyangoda RWP RSP USP ndu psc as the Chief Guest.

After going through very competitive and challenging phases of the Combat Firing Meet, the prizes for Best Shot (Men) and Best Shot (Women) were secured by Cdt/Sgt RMCH Rathnayake of Intake 91B and Cdt/Cpl ADNM Wijesinghe of Intake Lady 19. In fact, eighteen Officer Cadets were chosen to receive the Commandants’ Honours by scoring above 70% at the Best Shot Competition. Meanwhile, the 3rd Section of Balana Company displayed their maximum performance above all other Sections and secured most of the Awards of the Competition. The Awards for the Best Gun Group, the Best Riffle Group and the Best Section were bagged by Balana Company under the command of Cdt/Sgt GDA Lakshan of Intake 91 who was awarded with the Trophy of the Best Section Commander of the Competition as well. However, having mounted the top in scores, Randeniwala Company was able to claim the Championship whereas Balana and Vijithapura Company became the Runner up and the Second Runner up of the Inter Company Combat Firing Meet - 2022.

This magnificent event of the Academy was witnessed by Wing Heads, Senior Officers, Officers, other ranks and officer cadets of the military Academy while the Commandant of Marksmanship and Sniper Training School (MSTS) also spectated the event to see the talents of young shooters demonstrated through an Exhibition Shoot. 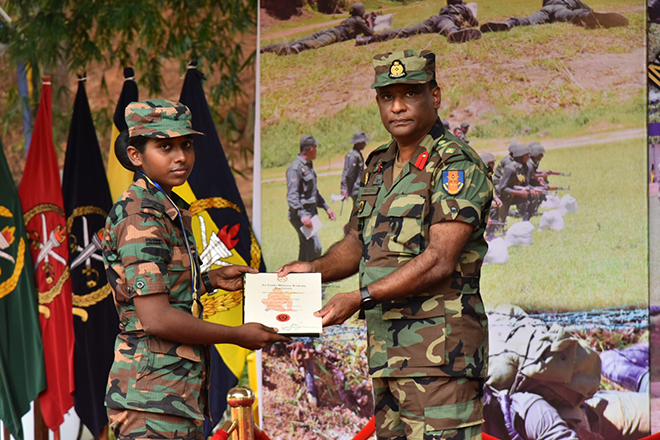 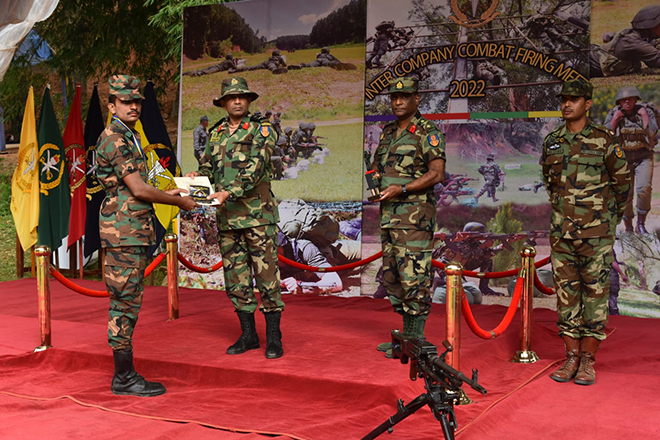