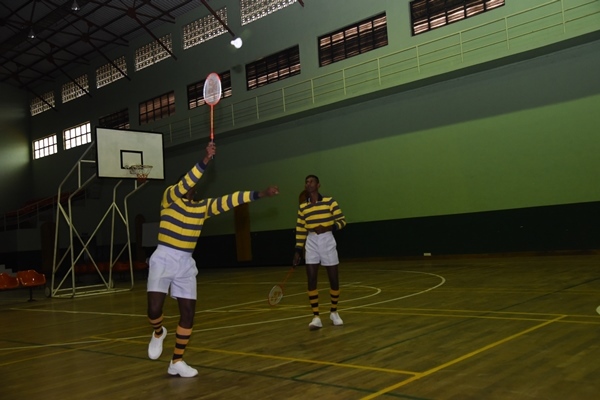 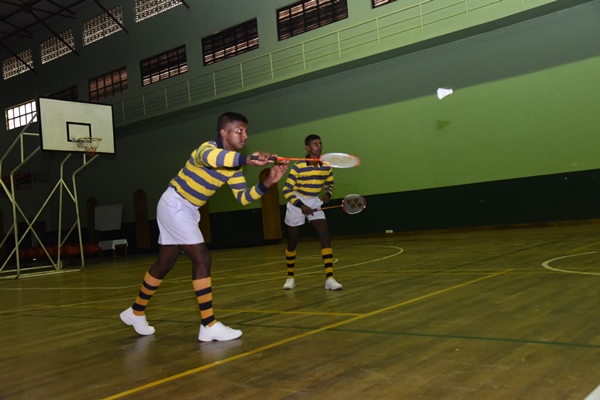 The Badminton Club was raised with the purpose of giving officer cadets knowledge and practices on the game of badminton. This sport has been identified as a game of tactics, touch and deception and also as an extremely social and fun game which is played either at a casual or competitive level. Hence, the game of Badminton is introduced to enhance power and stamina within trainee officer cadets. 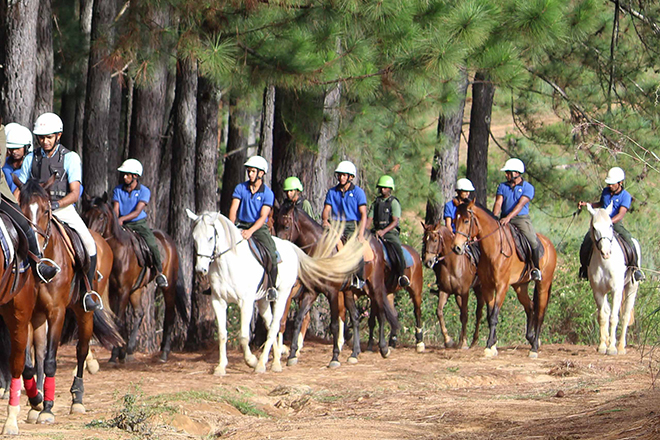 Equestrian Club of SLMA was formed in order to uplift the horse riding capability of officer cadets and to make them confident in horse riding. Also, the club gives them the practice of handling horses in any conditions or any moods. The cadets who undergo equestrian training will be able to demonstrate practical, safe and efficient stable management skills related to horse maintenance, nutrition and health care while acquiring the technical riding proficiency. 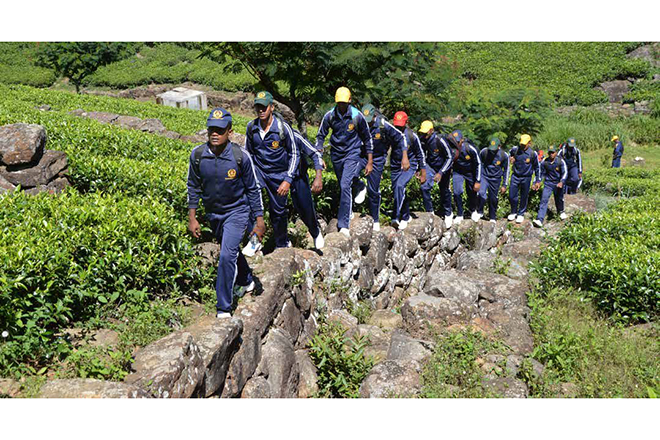 Explorers Club of SLMA was formed with the mission of giving officer cadets opportunities to explore significant natural, historical and archaeological sites and to promote adventure seeking attitude. The aim of the club is to enhance officer cadets' knowledge on history and environment while making them experience the taste of exploring. More importantly, the club aids the development of leadership qualities, character, team building ability, hiking and endurance of its members. 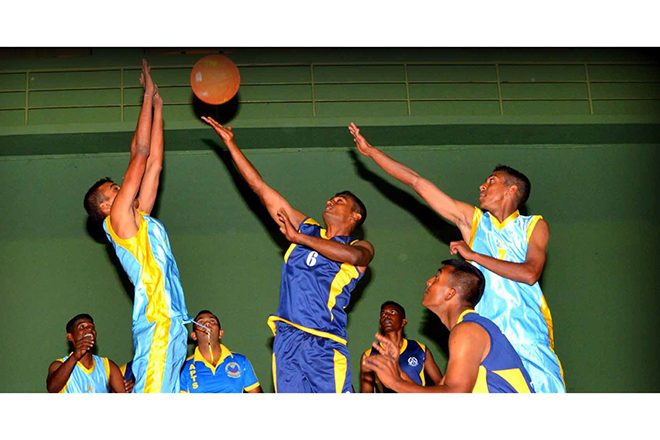 The Basketball Club was raised with the aim of developing officer cadets' sportsmanship during their training period at SLMA. Basketball is a team sport played by two teams of five players who compete over scores by shooting the ball through a hoop elevated 10 feet above the ground. The game is played on a rectangular floor called the court, and there is a hoop at each end. The court is divided into two main sections by the mid-court line. This club helps officer cadets to maintain stamina and develop physical fitness as well as sportsmanship. 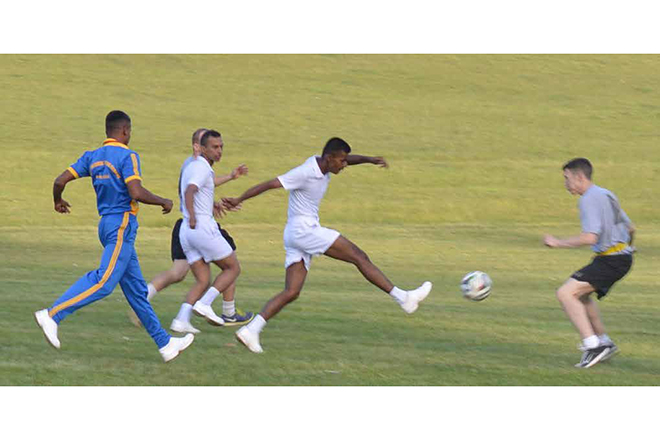 Football in Sri Lanka for some reasons or other never got its due place until recent past. History of the game in Sri Lanka dates back to the 1880s when the country was under the colonial rule. The Football club at SLMA was formed in the 2nd half of 2008. Though it is a novel club, it has become a rewarding club at the Academy. This sport is enjoyable and it provides very good exercise to the whole body. The aim of this club is to build and improve the ability of playing football, gain knowledge about the game and to strengthen the team spirit as well as sportsmanship. Any officer cadet who is interested in the game can become a member of the club. Sri Lanka was relatively unknown to the field of Golf before the governance of the British, who used to play golf at Polo Grounds, an exceptional natural Golf course in Diyatalawa. Later, with much popularity, Diyatalawa Golf Club was formed. Subsequently, the Sri Lanka Army took over the Golf Club from the British. Polo Grounds of the SLMA demands skillful position and the terrain makes it essential that players can cope with up-hills and down-hills. In 1995, the Sri Lanka Military Academy took over the total responsibility of maintaining this legendary course from the 33rd Brigade of the Sri Lanka Army. 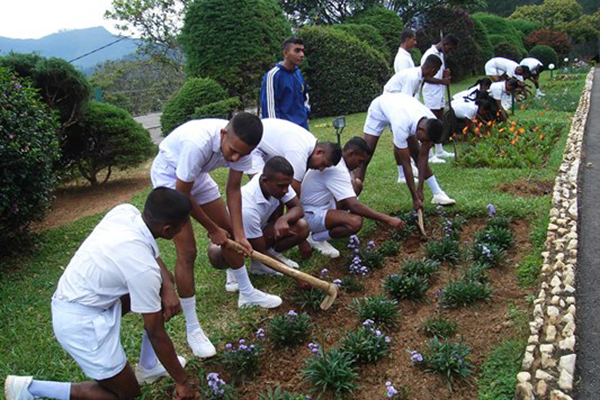 Horticulture is a branch of agriculture which is considered an art of garden cultivation and management. The aim of the Horticulture club is to provide officer cadets with much essential knowledge and skills on horticulture. With that, they can be prepared to enhance their environment awareness.

Netball is a particularly fast & highly skilled sport which is played with seven players in each team. The aim of the club is to develop the fitness and stamina within lady officer cadets. Also, it helps them develop their team spirit and foster other essential attributes needed for a lady officer in future. 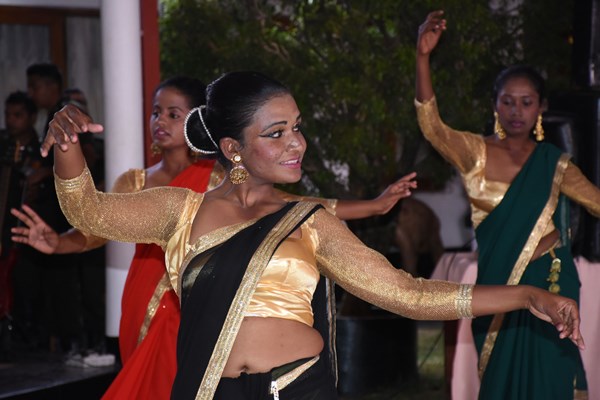 Stipulation of entertainment with naturally inspired rhythmic feelings is the intention of experiencing the joy of dancing and singing. The club aimed at developing personality of officer cadets as a whole. Thus, the Music and Dancing Club of SLMA was formed in Sep 1995. In addition, these types of activities provide the gentleman and lady officer cadets with some mental relaxation, a zest of vigor to their inflexible military training. The club functions to date providing opportunities to its members to develop their dancing abilities while creating a sense of well-being, strengthening community feeling and encouraging togetherness. 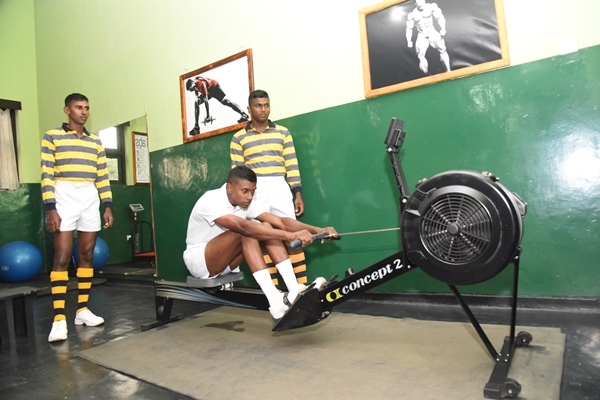 Indoor Rowing Club is the youngest club at SLMA. It gives officer cadets to muster indoor rowing as a sport. Since this sport demands physical fitness, and stamina, its members are able to attribute them by being its active members. Presently, the Sri Lanka Military Academy has two indoor rowing machines to train officer cadets. 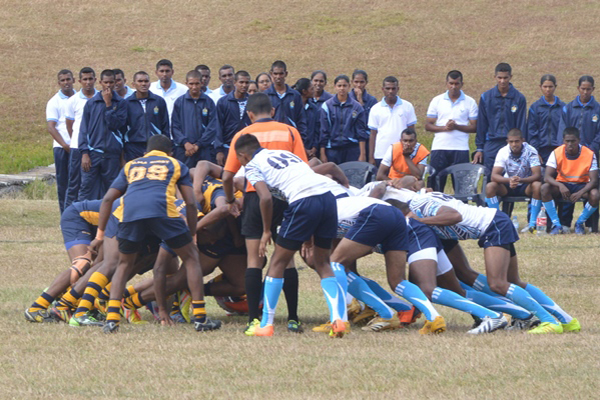 The aim of forming the SLMA Rugby Club was to create a competitive, championship caliber and sportsmanship among officer cadets of the Academy. The tournaments and matches organized and conducted by this club have not only helped cadets to show their talents and skills but also have given them the opportunity to get much needed exposure essential in any sport to perform well. Further, it gives the talented players a chance to come to the limelight, reach high levels and play for clubs even representing the country. 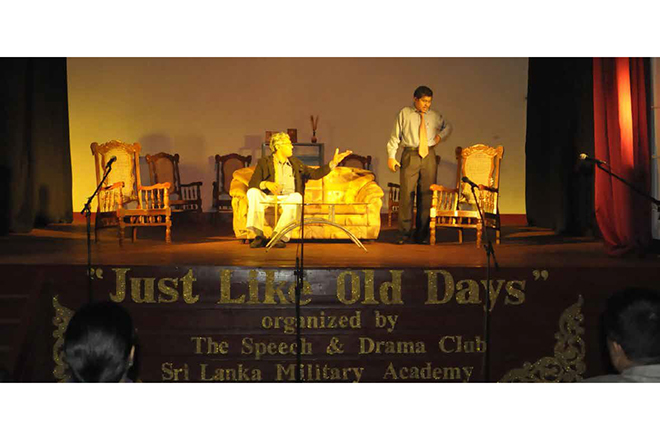 The Speech and Drama Club was initiated with the intention of improving the communication and presentation skills of officer cadets in English language, through loud reading of great speeches, compering practices of various events, preparing and delivering of different types of speeches and dramas with improvisations. The club intends to offer a wonderful learning opportunity to its members who will engage in diverse language related activities and thereby improve their English language skills vital for successful existence in the military. Emphasis will be laid on public speaking and presentation skills too which are part and parcel of officering. The members will be made to realize their "frustration zones" and to reach the "zone of proximal development" stage. The annual "Language Day" largely helps in this regard. 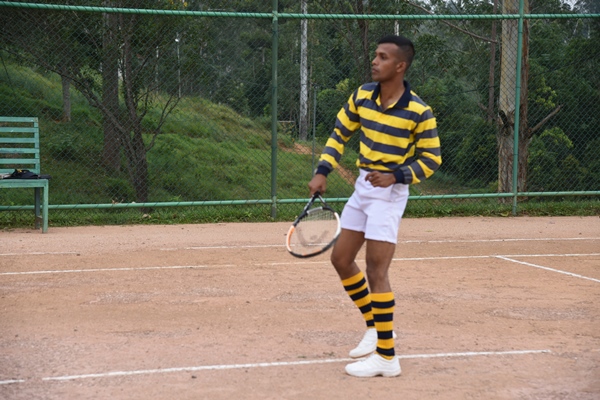 The Tennis Club of SLMA was formed recently with a lot of potential. It is open to every officer cadet at the Academy who wishes to learn and play the game. This club is highly preferred by many cadets and has become very popular within a very short period of time. The aim of the Tennis club is to maximize officer cadets’ performance and to provide them with the best possible facilities for playing and enjoying the game. Also, the club provides an effective structured and organized player pathway. By doing so, they are able to to maximize their potential and to play at the highest level possible while improving the discipline, team spirit and sportsmanship as a whole.