GIFTING AN OFFICER TO SLEME

Pipping ceremony is a prolonged tradition in the Army which is treasured as one of the most significant events of an officer’s military life. This unique tradition marks the removal of cadet insignia and placing of officer insignia or pips on shoulders symbolizing the sporadic commission awarded by His Excellency the President of the Democratic Socialist Republic of Sri Lanka.

A special Pipping Ceremony for the Probationary Officer KGHD Ranatunga of Intake KDU 34 was organized and held at the Colonel Fazely Laphir Auditorium with participation of the Commandant of the Sri Lanka Military Academy, Major General WWHRRVMNDKB Niyangoda RWP RSP USP ndu psc as the Chief Guest along with Deputy Commandant, Wing Heads, senior officers and officers.

This event enters in a new chapter of the Academy’s history as this off-seasonal pipping ceremony was dedicated only for Probationary Officer KGHD Ranatunga who faced an unexpected accident during his training way back in 2021 thereby placing him under medical category. However, it was affirmed that he is capable of rendering an effective service to the Sri Lanka Army. A special approval for this probationary officer’s commission was appealed by the Academy and which was granted by the Commander of the Army.

On 22 September 2022, he was fortunate to be adorned by his beloved mother with the insignia of second lieutenant joining the prestigious regiment of Sri Lanka Electrical and Mechanical Engineers having successfully completed his 4 years Bachelor’s degree in Electrical and Electronic Engineering at KDU and the basic military training at SLMA. 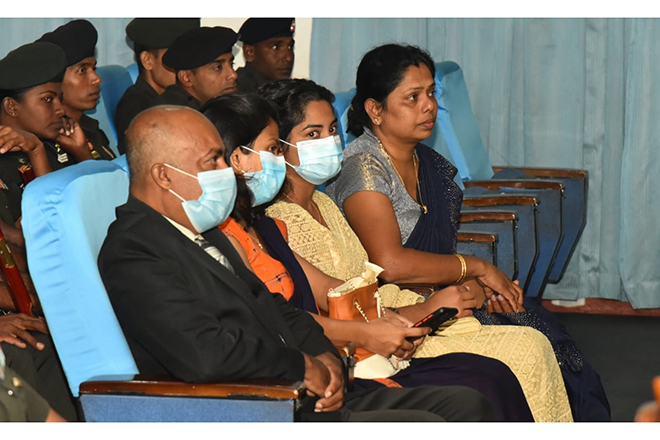 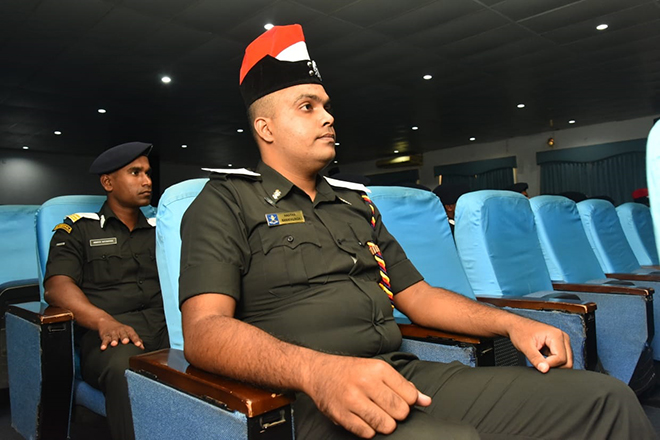 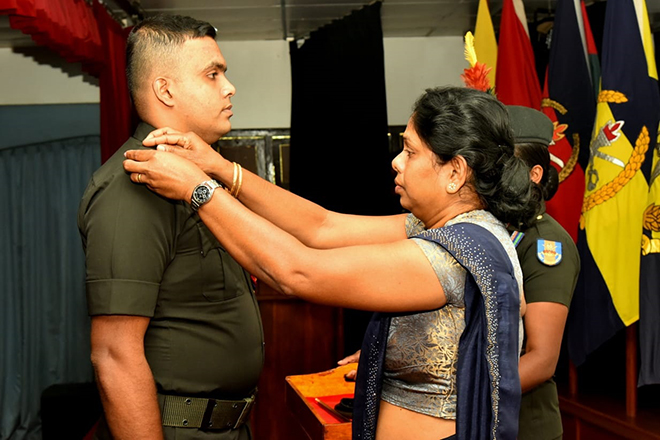 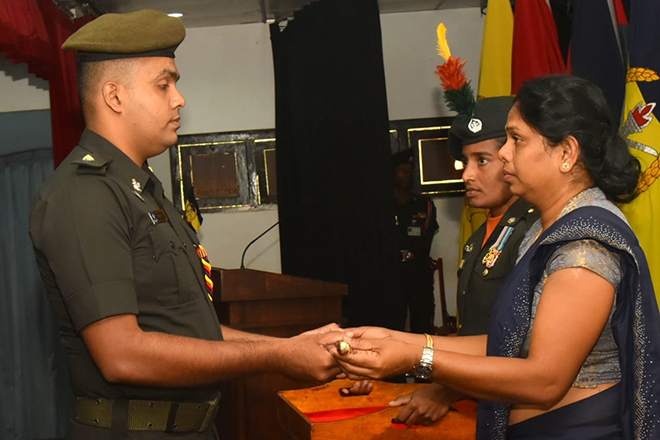 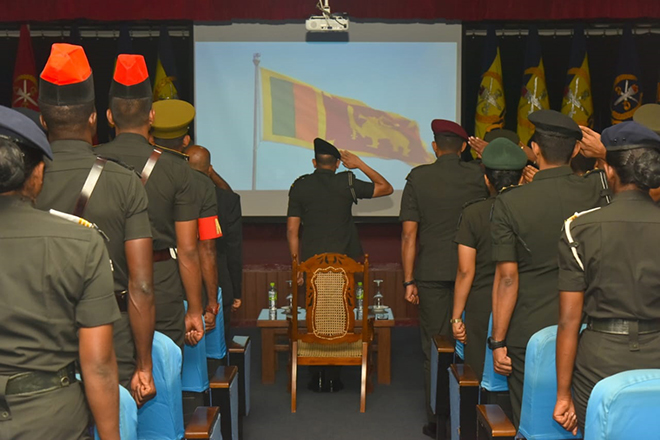 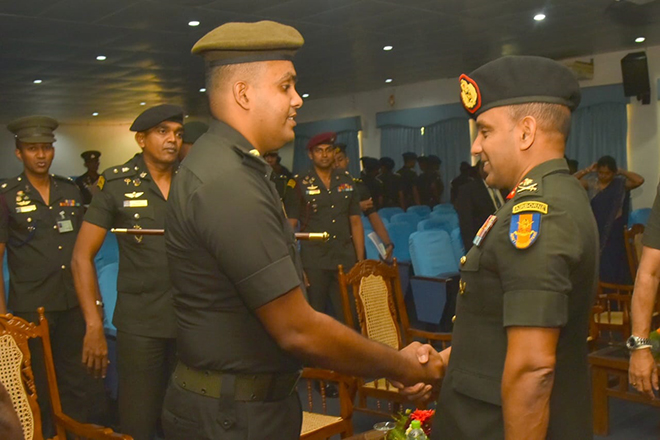 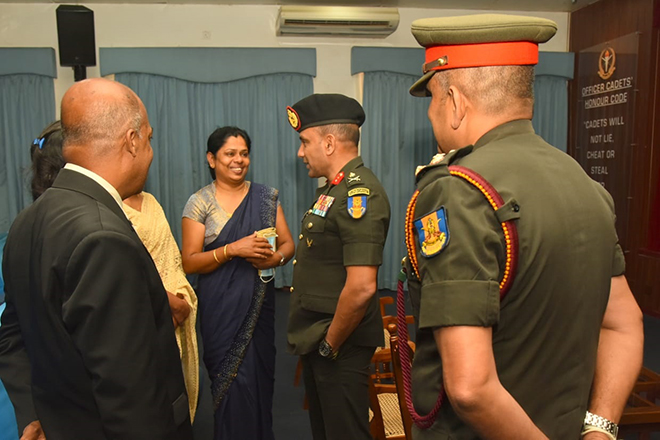 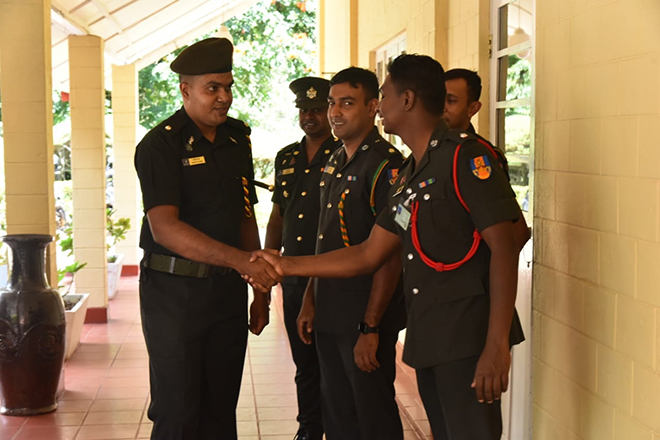 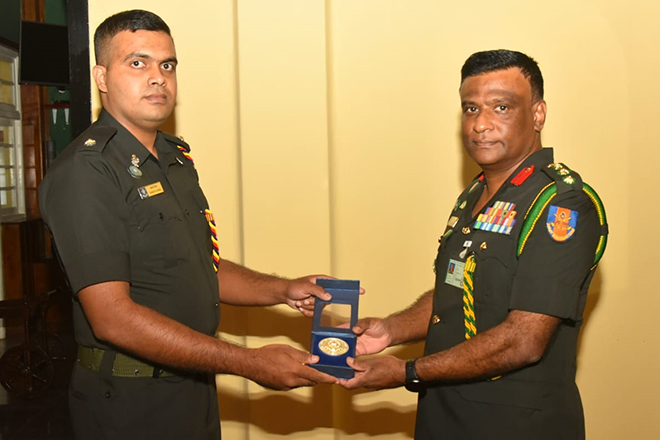 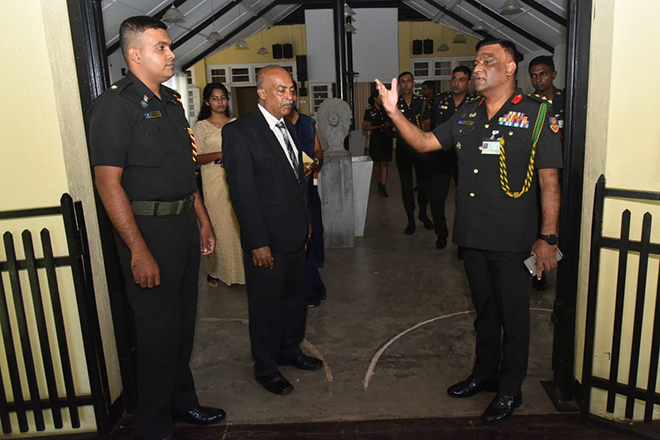 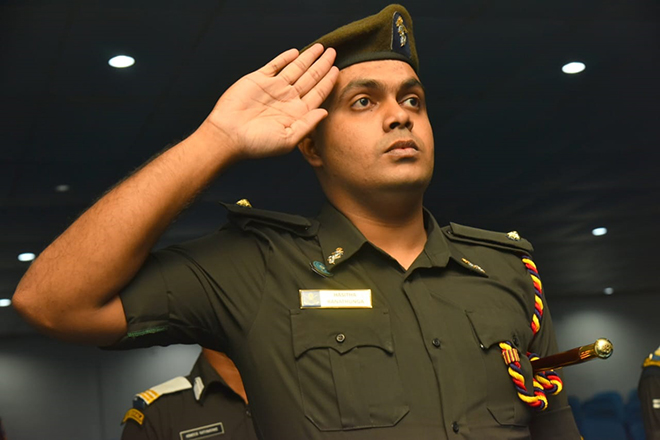