Lt Col E W R S B Ehelepola USP USACGSC of the Gajaba Regiment who performed duties as the Chief Instructor of the Military Training Wing (MTW) assumed duties as the Commanding Officer of the Officer Cadet Wing on 15 March and the significant moment was treasured by conducting a ceremonial parade consisting of 21 officers, 62 NCOs and 96 officer cadets representing four cadet companies, the Training Support Company and the Admin Company at the academy parade square.

He was firstly escorted by a ceremonial cavalcade from the Duck Pond junction and at the main entrance, a Guard Turnout was held in honour of the newly posted commanding officer – Thistle Camp. Afterwards, a flower wreath in gratitude of the fallen was laid on the foot of the Monument of Peace. By addressing the troops at the parade, the Commanding Officer stated that a quality enhancement within the trainee officer cadets is of his sheer expectation in the present-day training context where latest infrastructure facilities for the training have been perfectly coupled with a hand-pick of professional training staff. Also, the young trainees were given with a piece of advise that they must always stand upon the Cadet’s Honour Code. At the auspicious time of 1040hrs, he assumed his duties with charming religious rituals. Afterwards, a group photograph with his staff was taken at the Torch junction followed by a traditional tea party marking the culmination of the felicitating program. 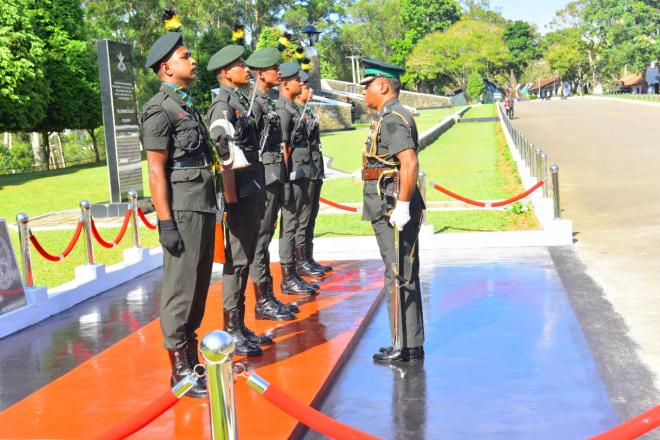 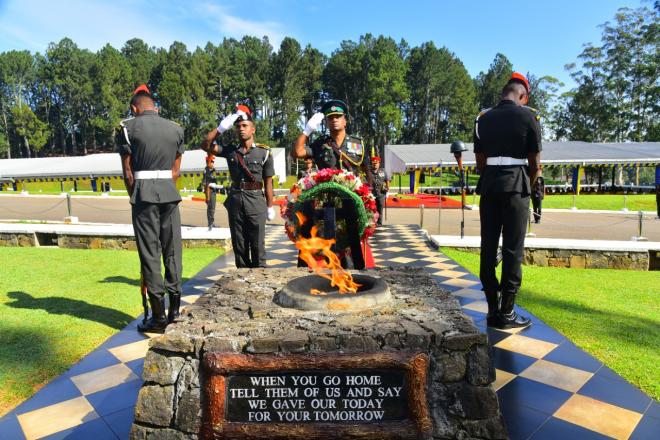 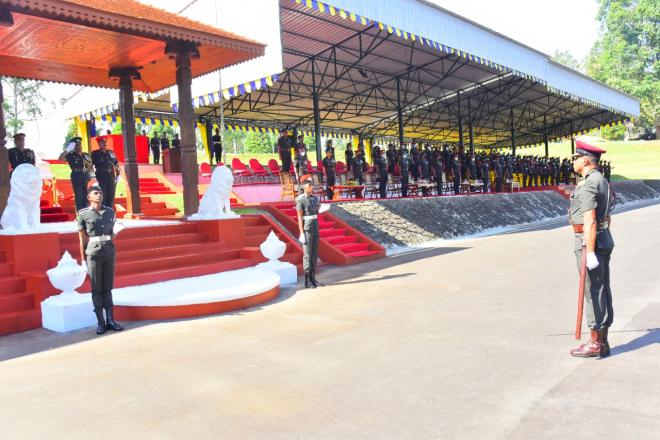 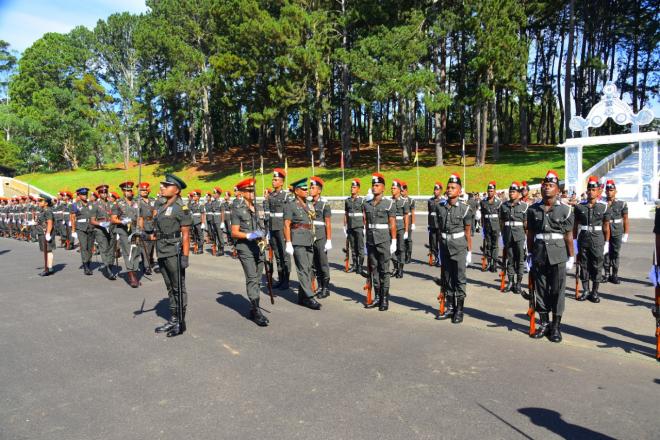 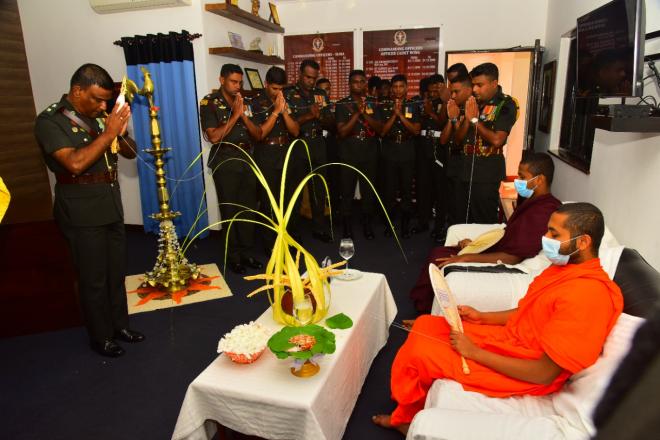 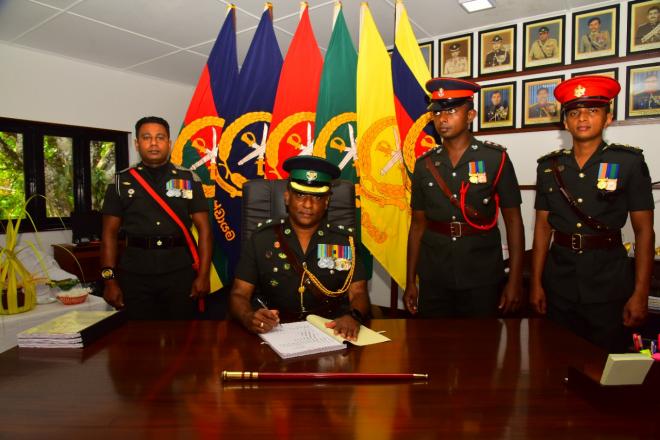 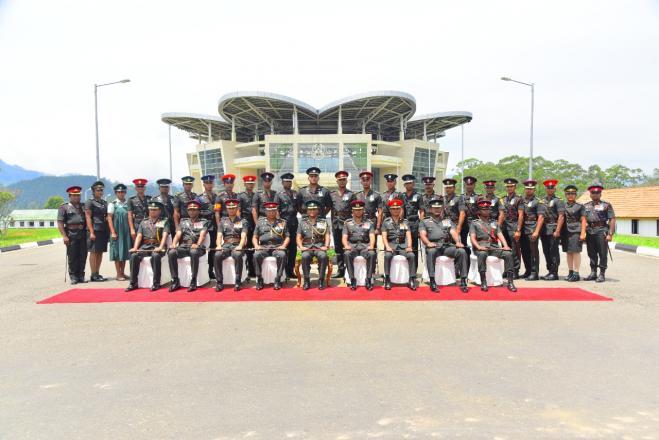