‘Badminton’, a racquet sport played hitting a shuttlecock across a net is considered as a total body workout which enhances one’s speed and agility, mobility and also mental stamina. The game has earned the swift prominence at SLMA with the incorporation of club activities in the officer cadets’ military training curriculum.

On 26 February 2022, the Inter-company Badminton Tournament was held at the Academy Gymnasium with the participation of all the intakes of the academy; 91,92,91B, Lady 19, 61(V), 61 A(V), Lady 18 (V), DE1/2022 and SC 19 representing their Companies. Nineteen officer cadets from four different companies secured their places in the final matches. The much-heated matches of Officer Cadets’ Finals (Single and Double- Mix) were conducted for the championship. Meanwhile, the SLMA Officers’ Final Matches (Single & Double) were also held as one of the eye-catching matches of the tournament.

The Deputy Commandant of the SLMA , Brigadier WSN Hemarathna RWP RSP psc graced the event as the Chief Guest while Wing Heads, Officers and NCOs also attended the event to witness very competitive and joyful competitions. 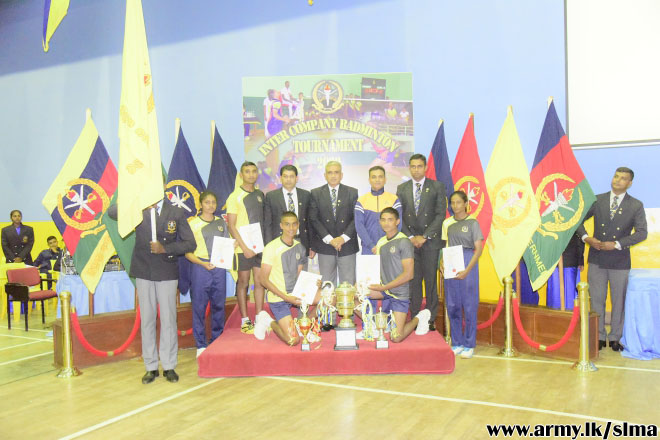 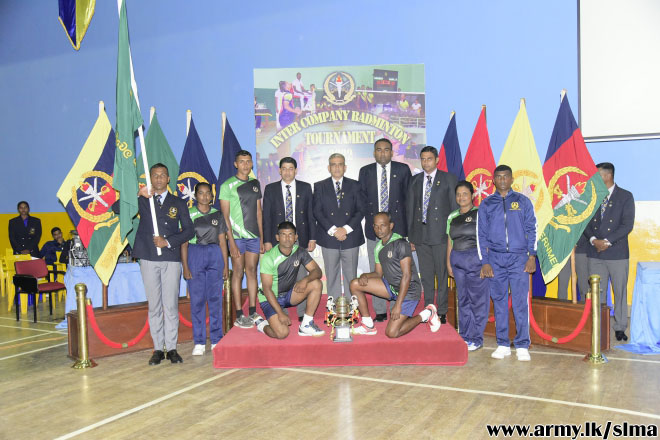 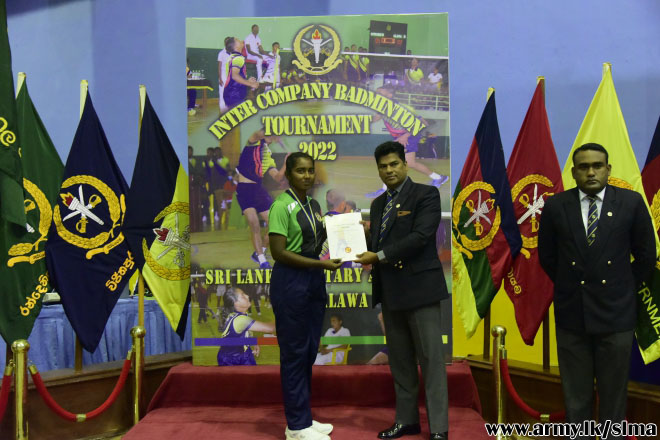 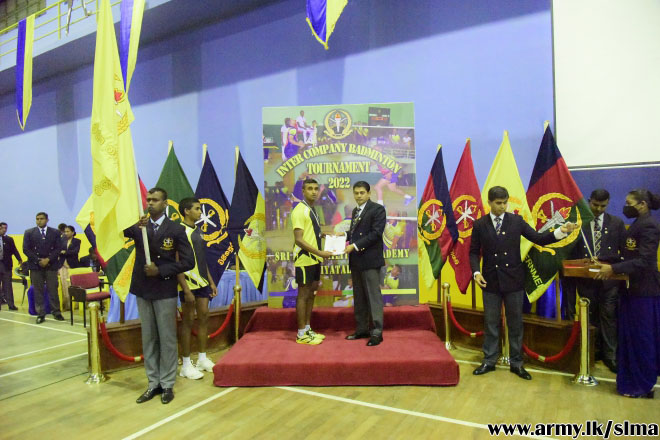 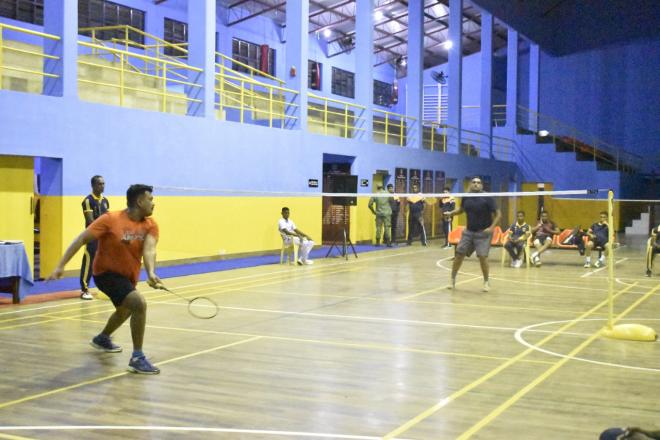 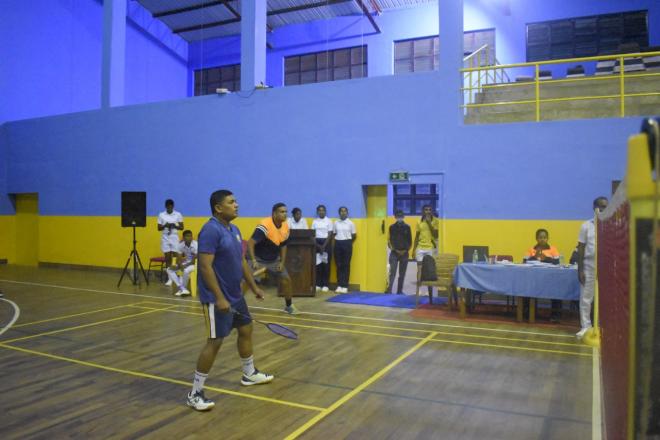 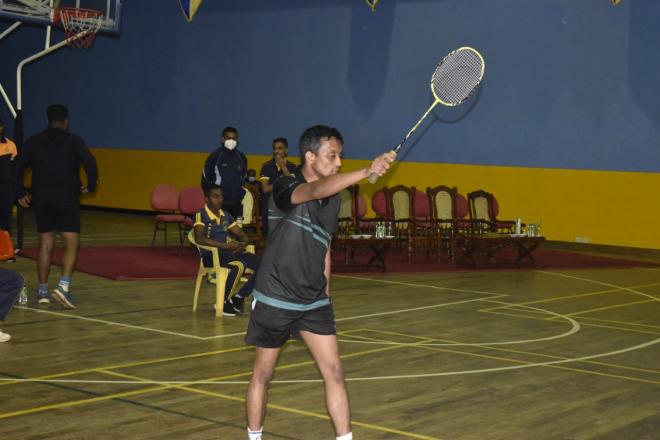 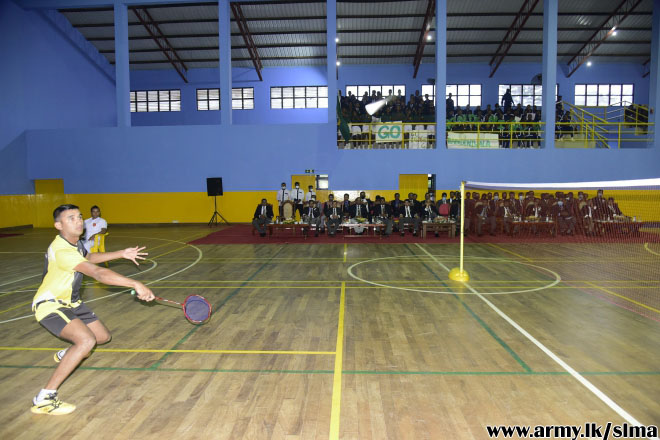 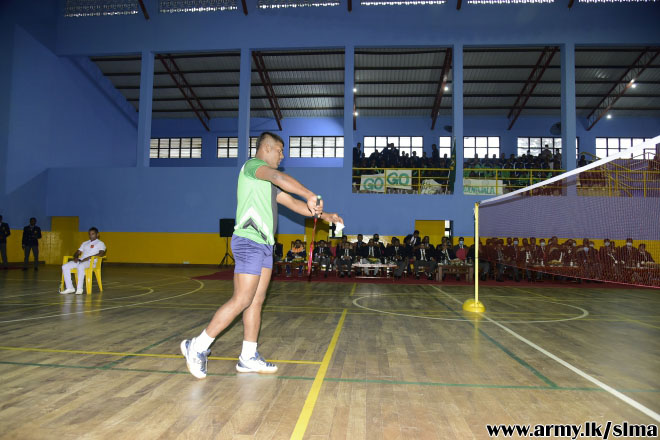 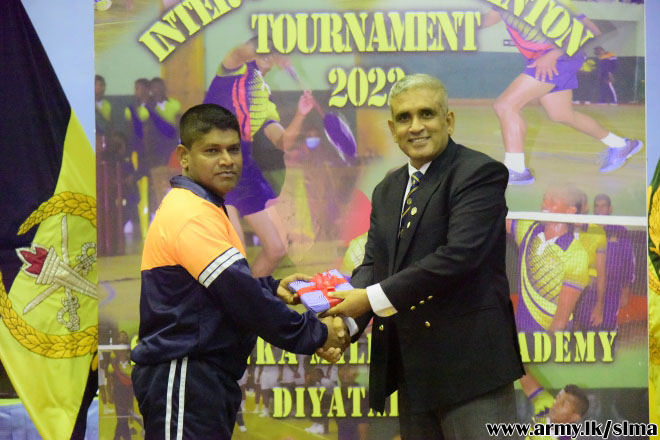 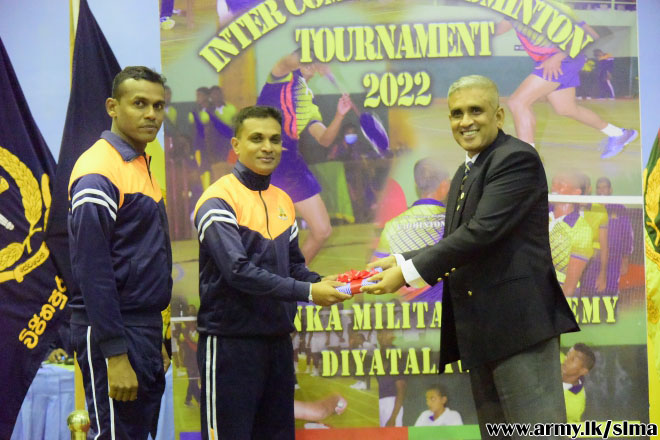