THE SLACAL BLESSED WITH FOUR OFFICERS AND TWO LADY OFFICERS

The Sri Lanka Army Corps of Agriculture and Livestock (SLACAL) which was initiated as a concept of the Chief of Defence Staff and the Commander of the Sri Lanka Army, General Shavendra Silva WWV RWP RSP VSV USP ndc psc MPhil on 07 January 2021 in order to pioneer the Government’s effort with island wide agriculture and livestock projects was empowered with six young officers including two lady officers ( Intake 89, 90 and Volunteer Lady Intake 17) who received their commission at the 96th Commissioning Ceremony of the Sri Lanka Military Academy on 19th December 2021. This will be written in the annals of the military academy history as the first set of officers who are originally posted to this newly established regiment of the Sri Lanka Army.

The glimpses of memories before they set off for duties from the military academy were snapshotted in the camera. 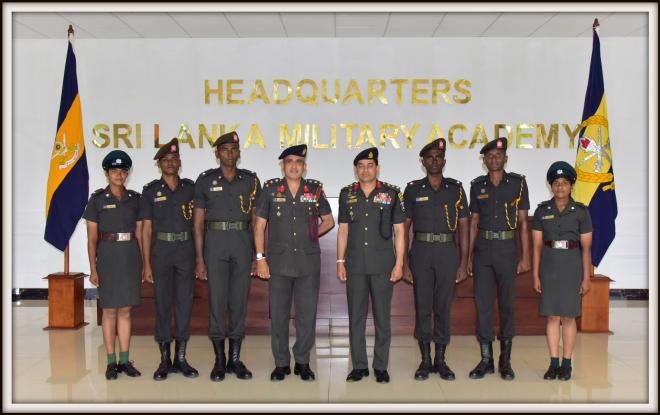