‘DRILL’ which stands for Disciple, Respect, Integrity, Learning and Leadership holds a prominent place in improving togetherness and working under one command as a team. At present, military drill is mostly used in military ceremonies and it supports to instill pride and discipline within soldiers.

The Commandant’s Parade is the pinnacle of the Drill Instructor Course and which is the most trilling moment of the trainees, too. That is because this special parade traditionally marks the culmination of their course where the badges of the Drill Instructor Course are placed on their chests, excellent performance of the trainees are awarded and what they acquired from the course conducted by the Military Academy is showcased through a smart drill display.

The Commandant of the Sri Lanka Military Academy, Brigadier WWHRRVMNDKB Niyangoda RWP RSP USP ndu psc graced the Passing Out Parade of the Drill Instructor Course-125 as the Chief Guest on 27.11.2021. The SNCO students’ achievements were greatly appreciated by adorning the drill instructor badges on their uniforms by the Chief Guest, Deputy Commandant and the Chief Instructor-MTW. Also, the outstanding performance of the students was valued with the award of prize for the First in Theoretical Assessments to Sgt Pathirana PDR from 1 CR and the prizes for the First In Order Of Merit and the Best Instructional Skill & Personal Drill to Sgt Ariyarathne RMP RSP from 14th Rocket Regiment of the Sri Lanka Artillery.

The parade was orchestrated by the band of the Sri Lanka Signal Regiment and a Drill Display performed by the students glamoured the event. By addressing the students of the passing out Drill Instructor Course, the Commandant stressed that drill is instrumental in making soldiers disciplined while building their personality and leadership. They were motivated to carry forward their knowledge and skills beyond the parade square.

The Certificate Awarding Ceremony held at Sino Lanka Friendship Auditorium after the parade was the other significant milestone of the students of the Drill Instructor Course-125. All of them were awarded with certificates in successful completion of the course while the outstanding performance of the above achievers was also credited with the award of special certificates. Yet another important event of the Academy almanac marked the end with grand success. 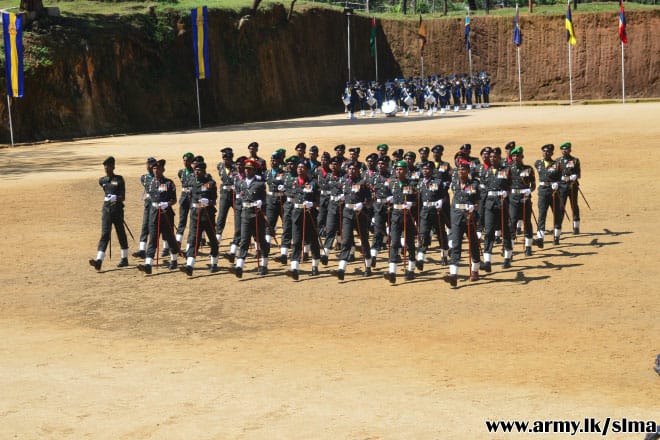 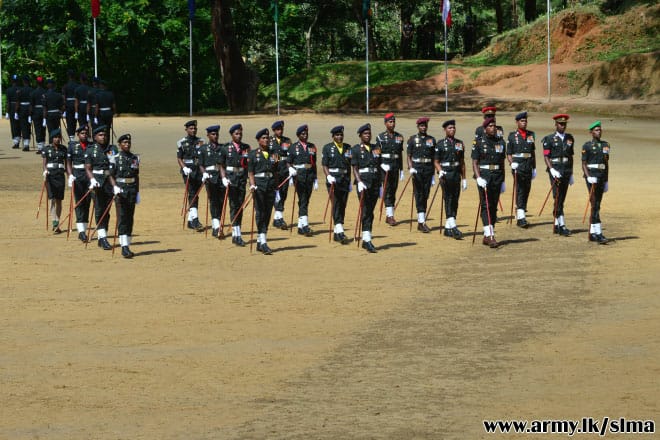 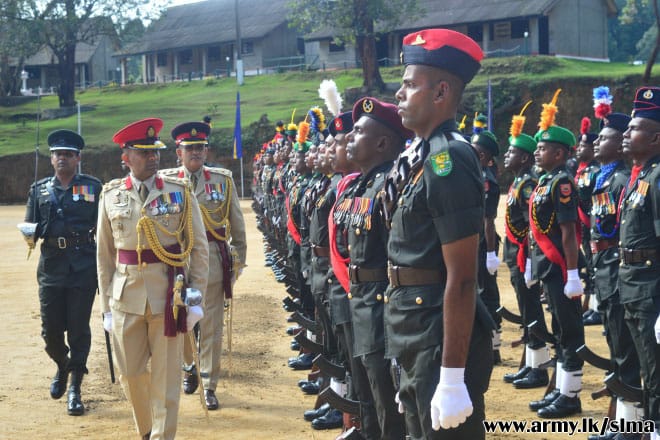 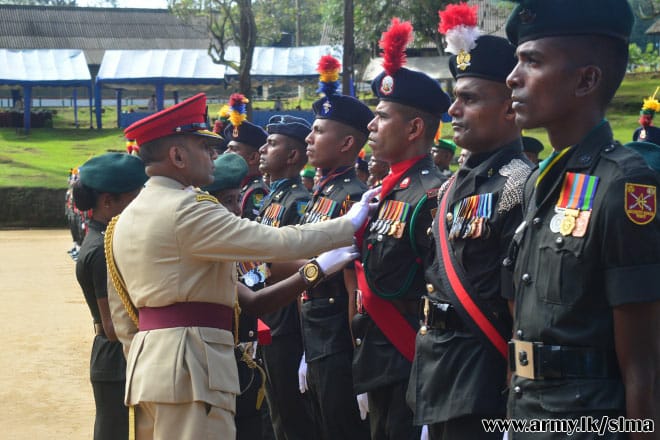 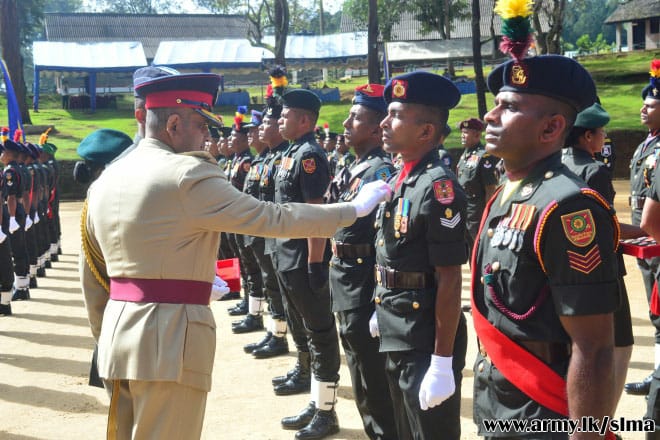 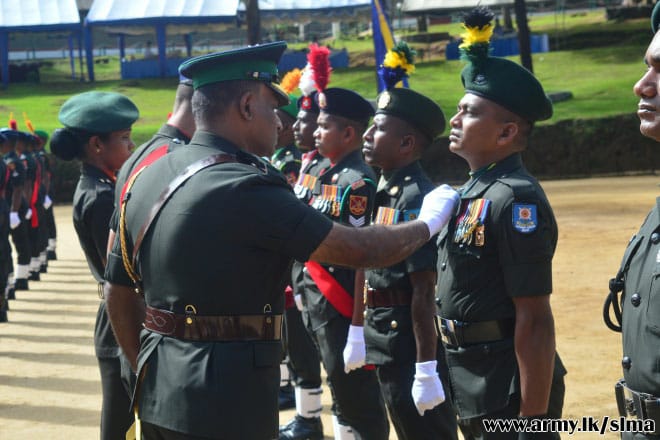 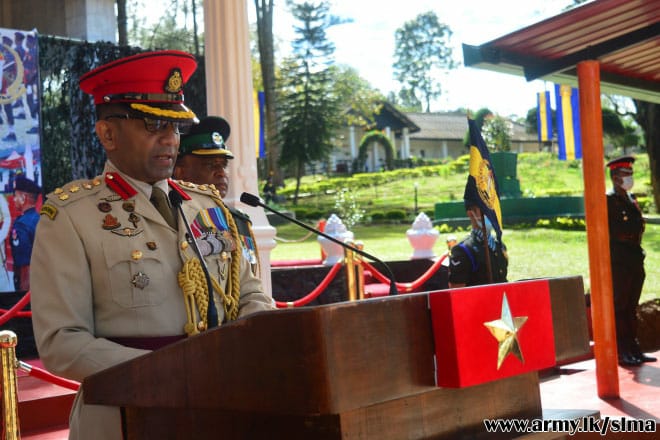 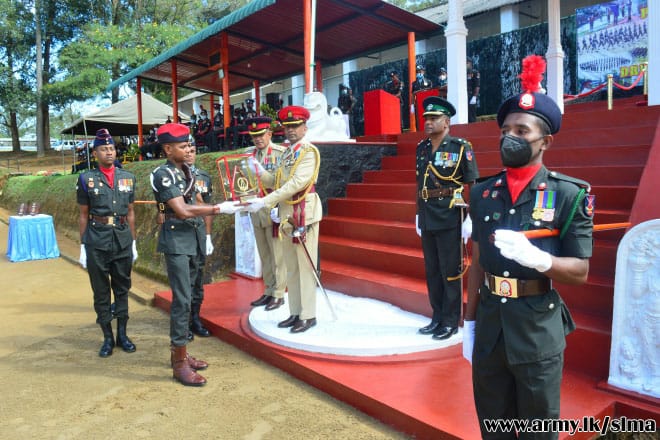 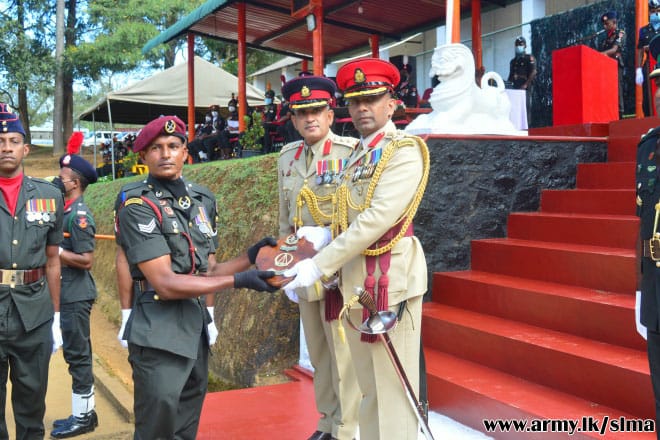 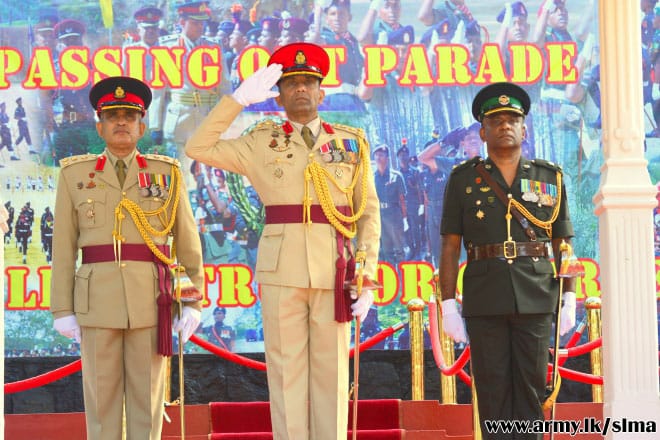 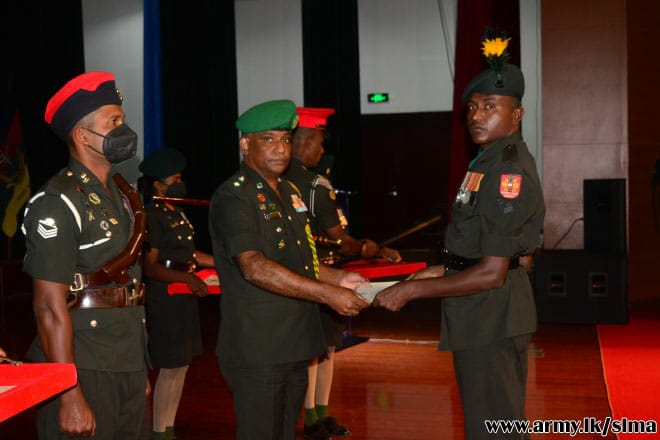 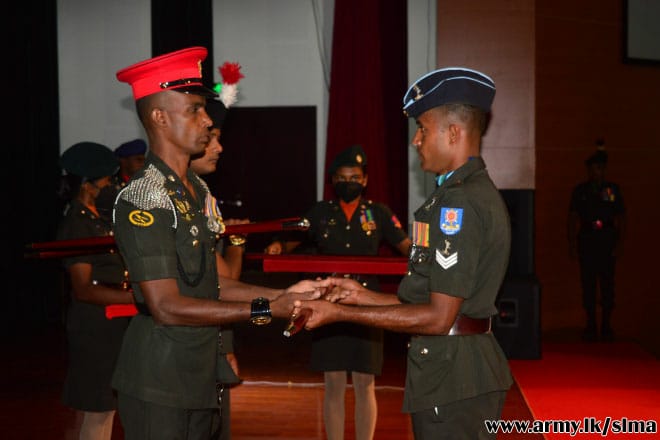 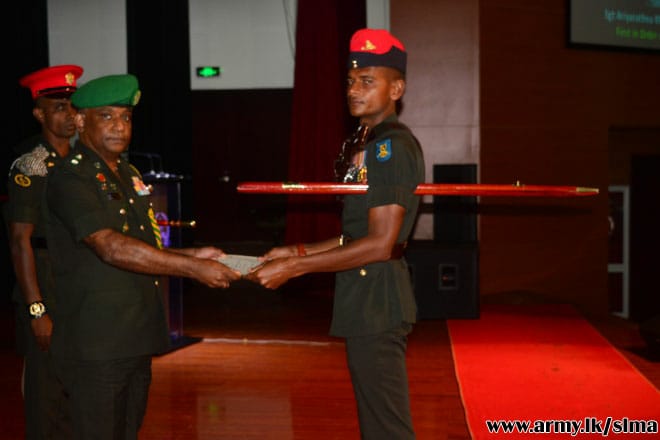 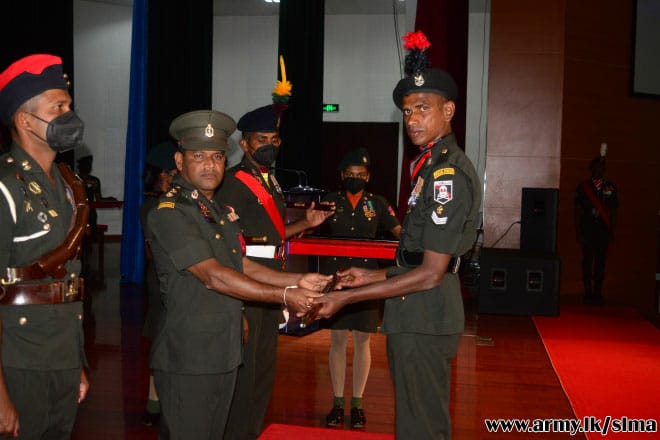