‘Firing’ is known as a world famous sport which finetunes fitness of marksmen and produces a wide range of physical benefits such as increase of strength, stamina, balance, hand/eye coordination and fine motor skills.

The Annual Inter-company Combat Firing Meet which aims at testing Officer Cadets’ leadership skills, their ability in clearing obstacles, effective engagement of targets in a battle environment and section level fire and maneuver was held at the Field Firing Range of Fox Hill on 10th and 11th September 2021 with the participation of Intake 89,90, 89B, 91, 60V and Lady 16(V) representing the four companies for the Trophy of Champion Company. The clearing of battle obstacles, two-kilometer-run and engaging with targets while tactical maneuver set the biggest challenges for the competitors.

The Championship was so competitive that it was swinging from one company to another. After a competitive battle, the third section of Gonnoruwa Company secured their position as the Best Section above all other sections. Interestingly, Pl/U/O Kumarasinghe of the same section emerged as the Best Section Commander. The Award for the Best Gun Group was awarded to the Gun Group of Section no 1 of Balana Company. The Award for the Best Riffle Group was bagged by the Scout Group of Section no 2 of Gonnoruwa Company. At the prize giving ceremony, the MSTS personnel’s contribution to the competition was also greatly valued by the Military Academy with tokens of appreciation.

Adding glamour and spirit of adventure to the event, the best section of the competition show cased their firing skills with an Exhibition Shoot while a Practical Shoot and Shoot Off Shoot demonstrations were put in display by skillful Officer Cadets representing all the participant Intakes and Companies.

The Annual Firing Meet was graced by the Commandant, Brigadier WWHRRVMNDKB Niyangoda RWP RSP USP ndu psc as the Chief Guest along with Deputy Commandant Brigadier KDML Samaradiwakara RWP RSP psc, all other Wing Heads and officers. The prize winners remembered to capture their unforgettable achievements by posing for a few snapshots with the Chief Guest. Yet another magnificent event of cadet’s life came to an end with a musical booster by the LEAD band of cadets. 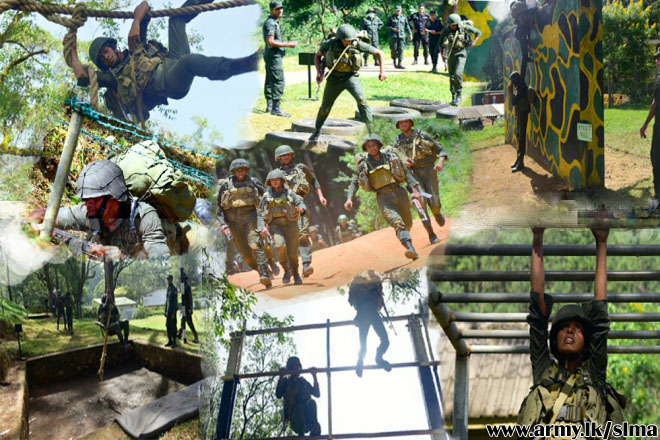 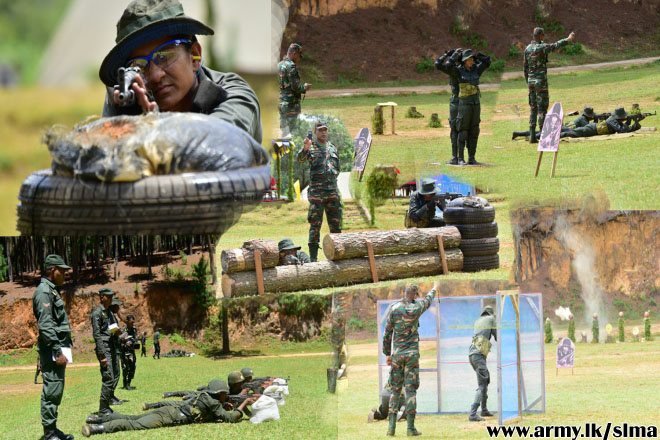 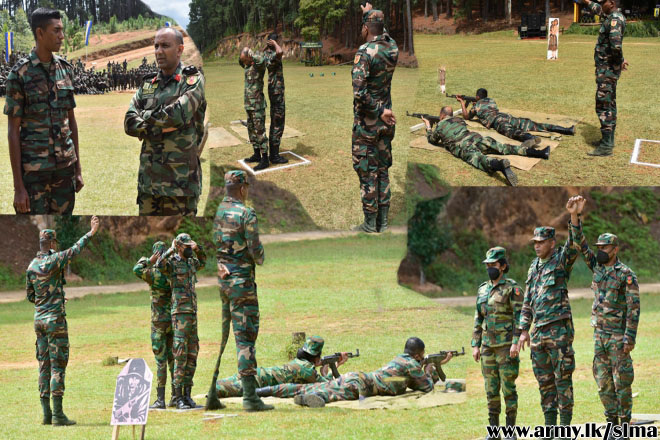 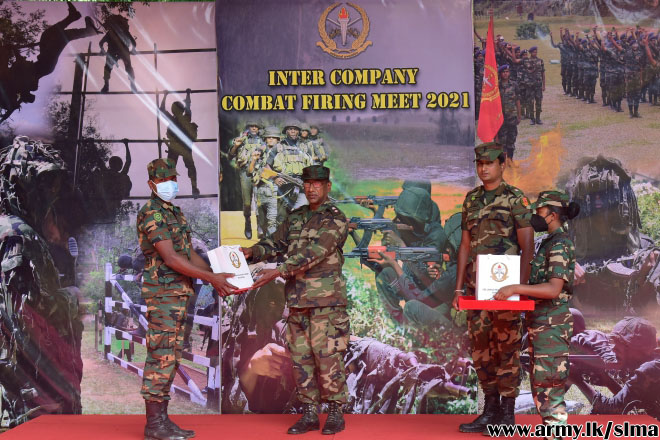 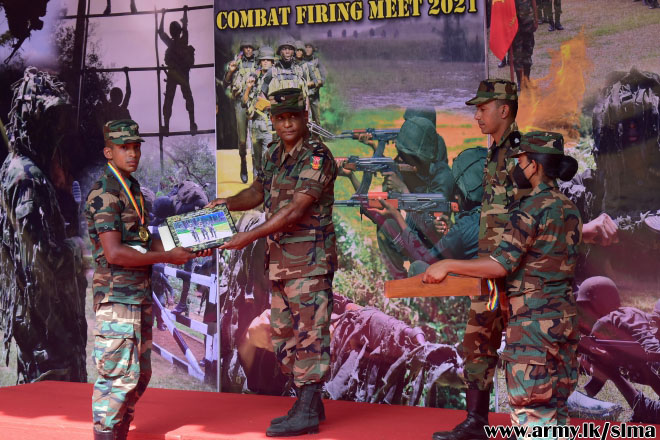 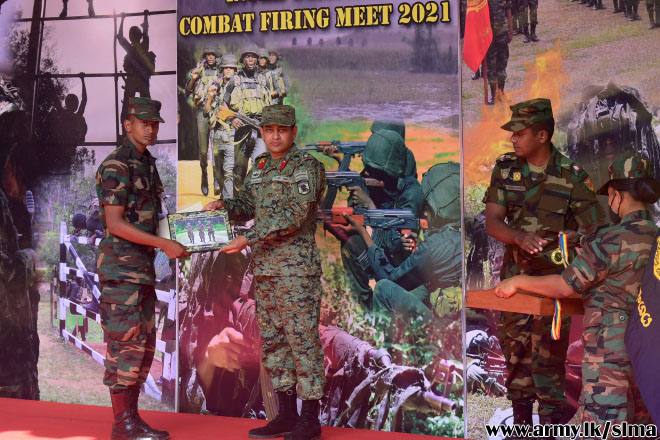 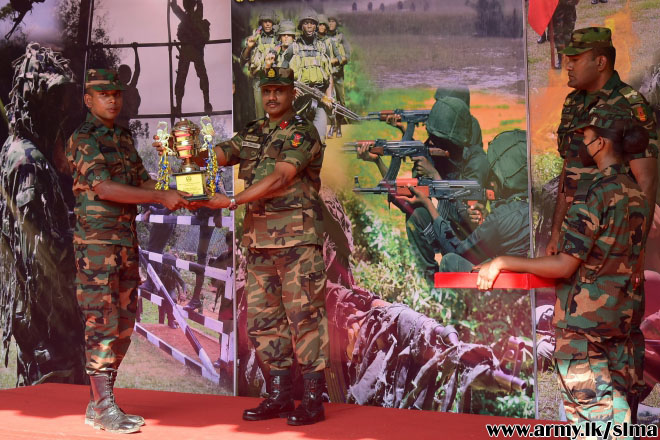 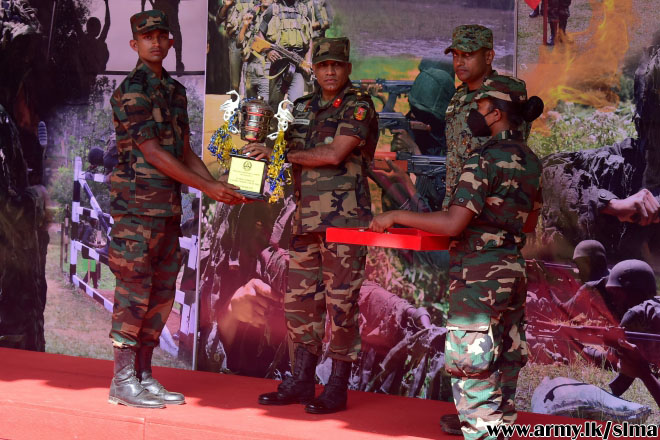 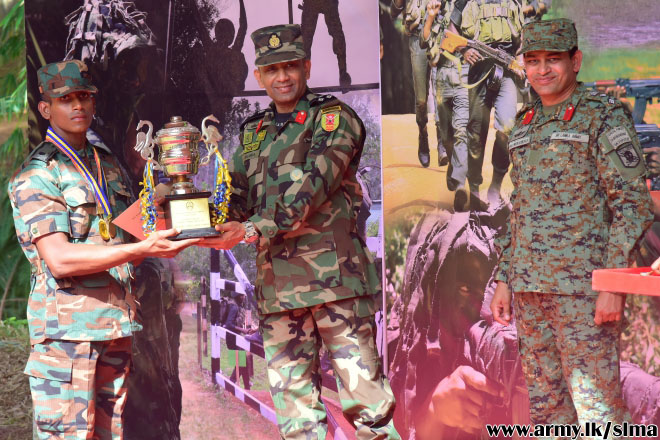 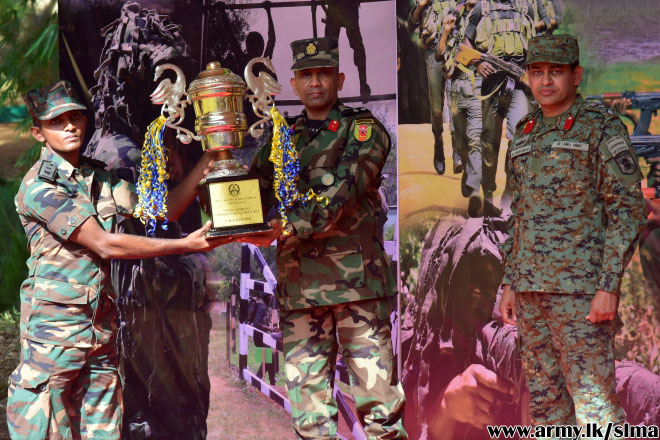