The Cadet Government Appointment Awarding Ceremony is a customary event at the Sri Lanka Military Academy and the history of the Cadet Government dates back to 1968 with the embarking of Intake 1 for military training at the Army Training Center under the guidance of late General Deshamanya JED Perera VSV D.Litt (Honoris Causa) FIBM FIMgt (SL) ndc psc, a proud graduate of Royal Military Academy, Sandhurst.

08 September 2021 was a destined day for trainee Officer Cadets at SLMA as they were awarded with new cadet government appointments. These appointment holders are expected to act as the link between Officer Instructors and the Officer Cadets, to implement the instructions given by officers and seniors, to maintain a high standard of discipline among Officer Cadets and to enhance the leadership qualities by exercising their command and control over their subordinates. Qualifying to be a cadet government appointment holder is a very competitive and highly challenging endeavour as the stipulated selection criteria filters the exceptional characters from the ordinary. In which, their performance in military and academic subjects, good conduct and active participation in extracurricular activities are highly taken into account.

Excellent performance of 156 Officer Cadets were evaluated with a meticulous selection process and they were appreciated with the award of cadet government appointments which included 51 Cdt/L/Cpls, 51 Cdt Cpls, 21 Cdt Sgts, 4 CQMSs, 4CQMs, 1 BQMS, 1BSM, 18 PL/U/Os, 4 Coy/U/Os and the B/U/O. Coy/U/O Rukshan of Intake 89 was promoted to the respectable appointment of Battalion Under Officer in the entire cadet populace by the Commandant, Brigadier WWHRRVMNDKB Niyangoda RWP RSP USP ndu psc, During his address, the audience was highlighted on art and science of decision-making and the new appointment holders were advised to make swift, firm and bold decisions with exemplary behaviour while retaining the quality of being in right dress, right place and at the right time. Finally he stated that all appointments are indispensable therefore all newly appointed officer cadets are to make sure they perform very well to retain in their ranks. The glamourous event held at the Sino-Lanka Friendship Auditorium was witnessed by the Deputy Commandant, Wing heads, senior officers, officers, Course Instructors and Officer Cadets. 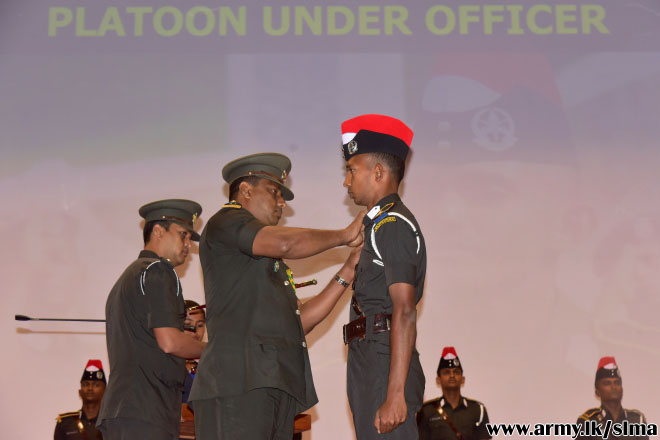 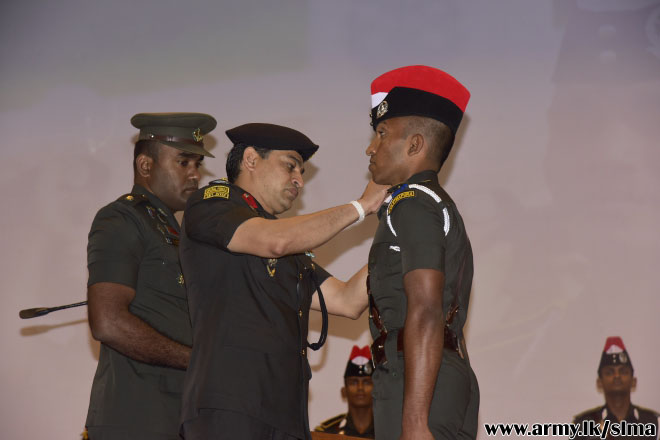 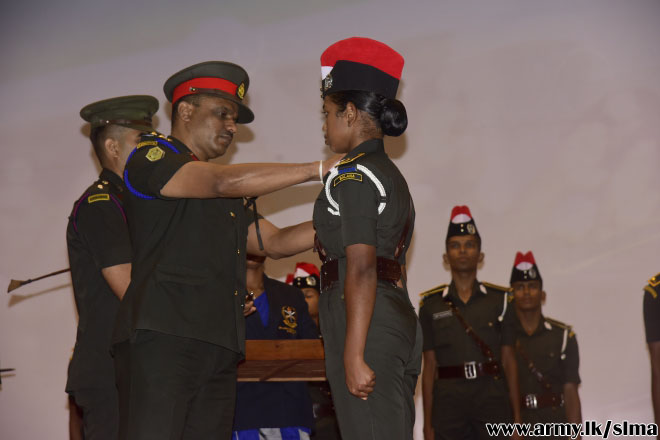 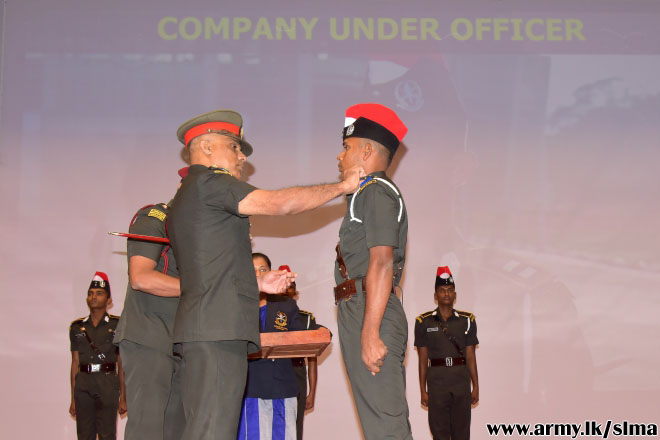 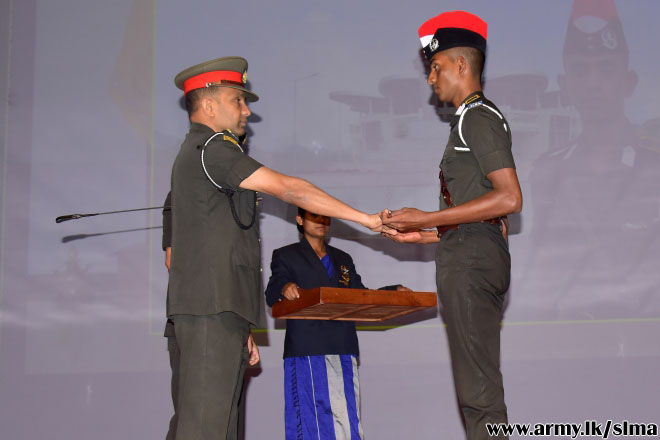 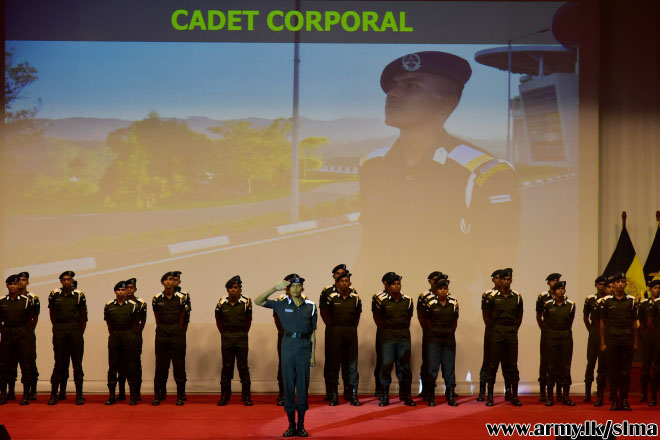 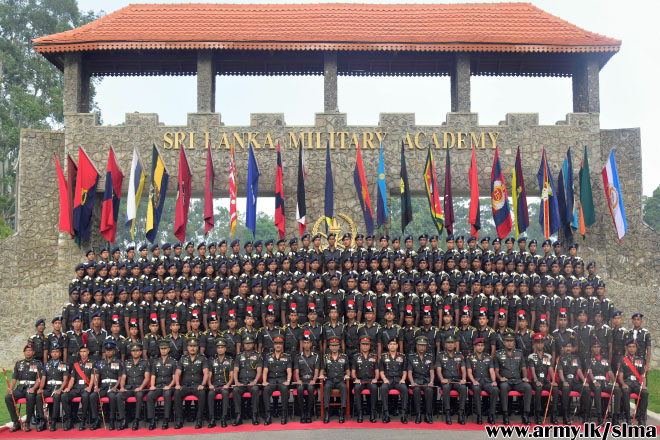