Lieutenant Colonel E W R S B Ehelepola USP USACGSC of the Gajaba Regiment (GR) assumed duties on Wednesday (07) as the new Chief Instructor (CI) of the Sri Lanka Military Academy (SLMA). Due to the prevailing COVID-19 pandemic situation in the country, taking over of duties was carried out in accordance with the stipulated health guidelines.

Lieutenant Colonel Ruwan Ehelepola assumed office as the new CI by placing his signature on official documents amid religious blessings. Afterwards, he addressed all Ranks of the MTW while emphasizing on his vision for smooth conduct and functions of the Wing. Lieutenant Colonel Ruwan Ehelepola has served previously in the capacities of Course Officer and Adjutant of the Officer Cadet Wing at SLMA from 2001 to 2004. 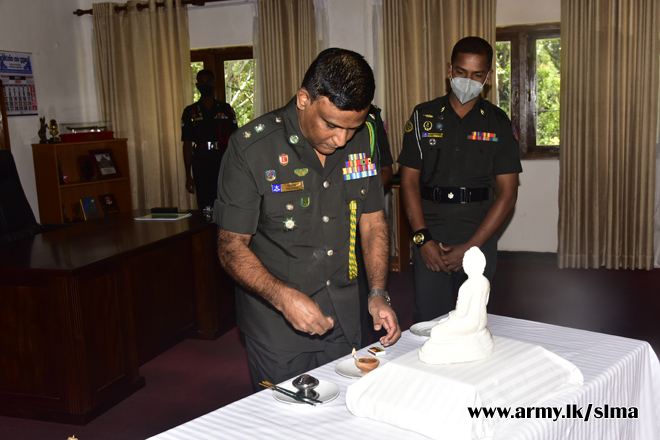 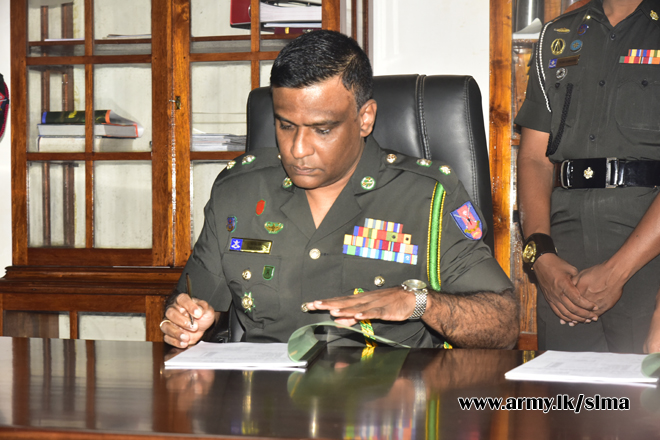 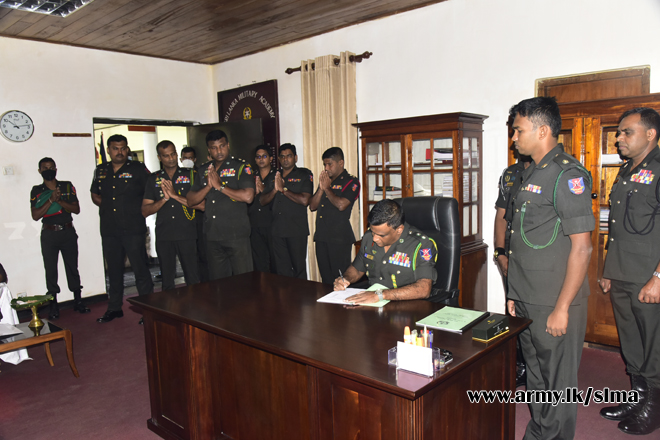 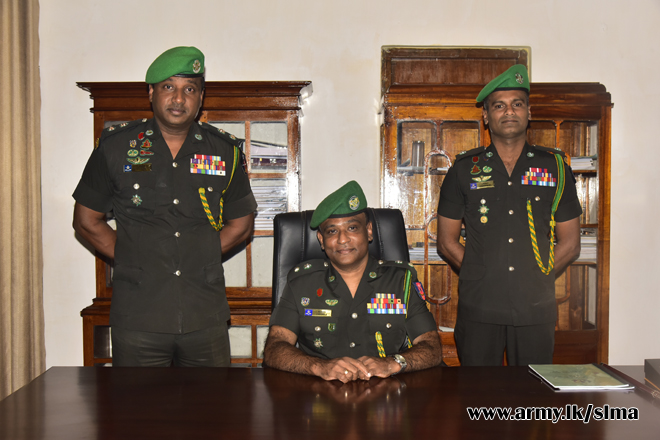