Tamil Language is the eighteenth most spoken language in the world claiming over 74 million speakers worldwide. In Sri Lanka, Tamil language holds prominence as one of the official languages and it is treated as one of the few living classical languages with a firm literary tradition.

At the Sri Lanka Military Academy, to promote and improve the Tamil language literacy of the personnel, the Commandant pioneered the effort with the introduction of the Basic Tamil Language Certificate Course since 2020. The second batch consisting of eight other ranks from Officer Cadet Wing, Military Training Wing and Academic Wing followed the course from 22nd Feb to 8th March and the course curriculum was designed to cater to the four linguistic skills. The certificate awarding ceremony was held at the Academy Library lawn with the participation of the Deputy Commandant, Brigadier P A M Peiris RSP USP psc as the Chief Guest along with senior officers and officers. 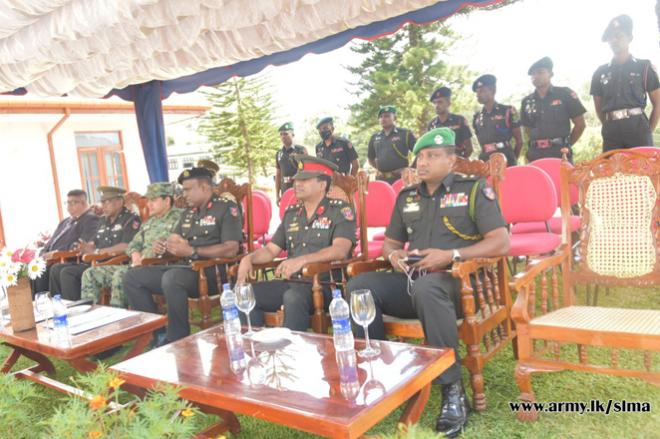