The Security Forces Headquarters (Cen) is the regional command of the Sri Lanka Army, with the responsibility of operational deployment and command of all Army units located in the Central and Southern parts of the country. The newly posted Security Force Commander, Major General N R Lamahewage RWP RSP ndu made his official visit to Sri Lanka Military Academy on 05th March upon the invitation of the Commandant, SLMA, Major General A K G K U Gnanaratne ndc psc.

Upon the arrival, the Commander was cordially welcome by the Commandant and other senior officers of the Academy. He was accorded a Ceremonial Guard Turnout in honour of his maiden visit after assuming duties in the new appointment. Also, the customary wreath laying took place at the Monument of Peace in respect of the fallen warriors. He visited ‘A’ Guardroom, Visitor Reception Center (VRC), Colour Chamber, Company Offices, Smart Classroom Complex, Computer Lab, Language Lab, Library and the Gymnasium.

In his address to officers, officer cadets and NCOs at the Sino-Lanka Friendship Auditorium, the Commander greatly appreciated the honourable service of the Military Academy in eradicating the decades-long conflict of the country and underscored the qualitative enhancement of human resources, discipline, self-discipline, exemplary behavior, dedication to service etc. Meanwhile, the briefings by Wing Heads and SLMA documentary updated the Chief Guest’s understanding about the significant heights the Academy has reached in passage of time. The ever memorable tour concluded with a sociable interactive session with the Academy Staff followed by a hospitable lunch arranged at the Officers’ Mess. 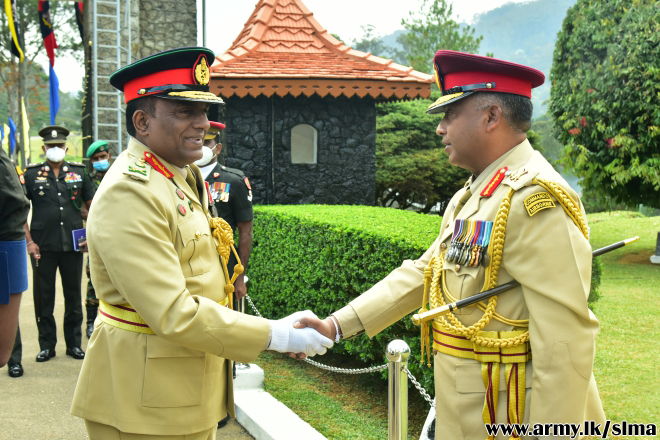 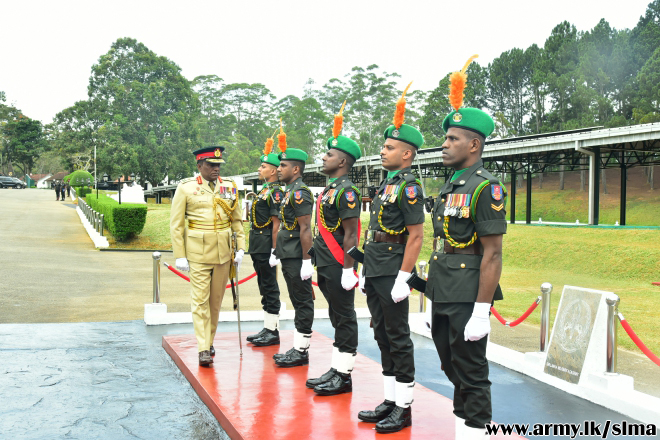 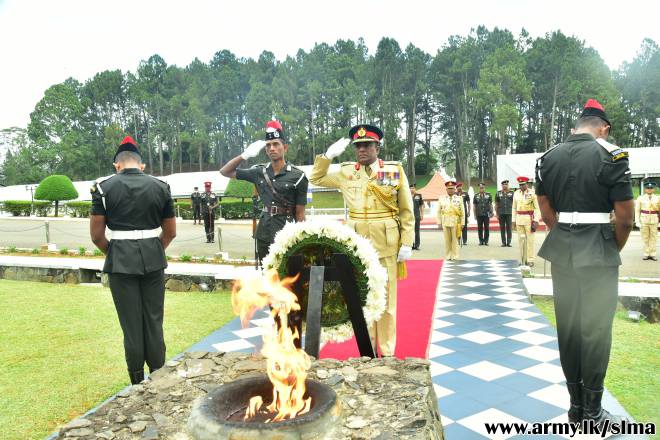 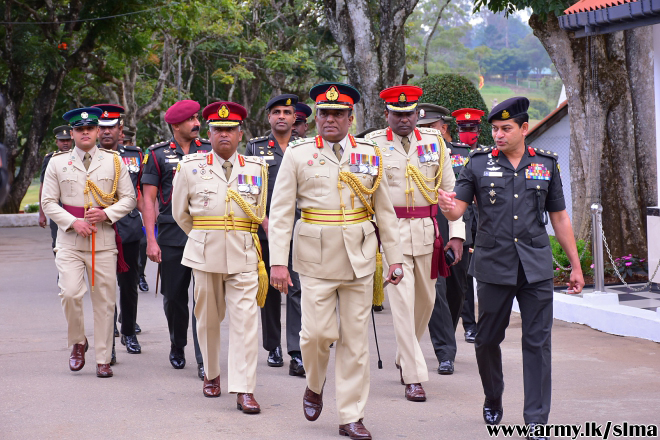 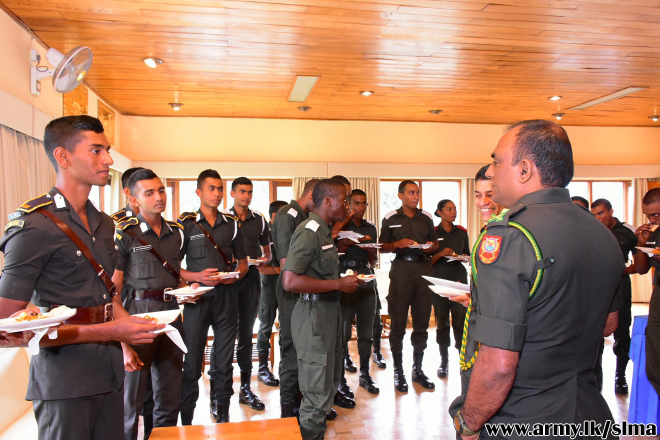 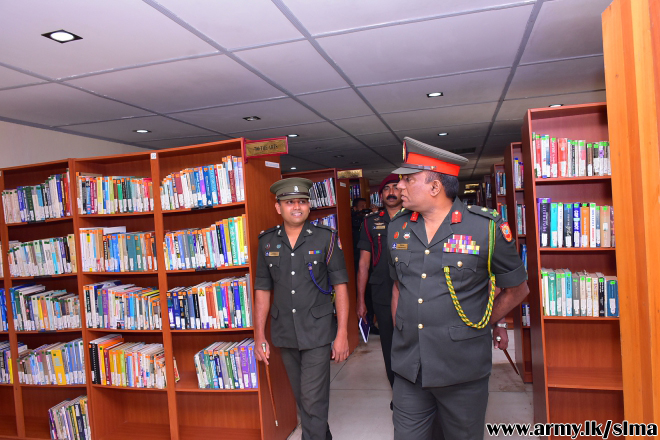 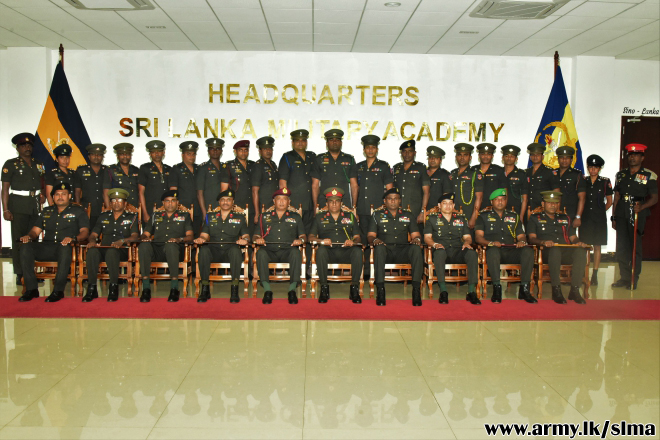 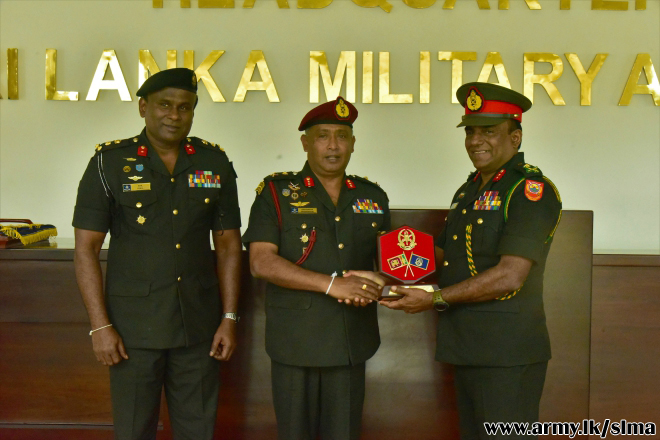