SLMA BLESSED WITH A TWO-STAR GENERAL

On the destined day of 04th February 2021, a record number of Army Officers got their promotions, making the 73rd Independence Day ever-memorable and cherishing. On that day, fourteen senior Brigadiers were promoted to the rank of Major General by the His Excellency President, Gotabaya Rajapaksa on the recommendation of the Chief of Defence Staff and the Commander of the Army, General Shavendra Silva, WWV, RWP, RSP, VSV, USP, ndc, psc. The rank of Major General, a two-star general in the Army is the pinnacle achieved by professional and outstanding army officers.

Among them was Brigadier Krishantha Gnanaratne, a veteran Commando Officer who deserved to be promoted to the esteemed rank of Major General. This senior officer, a proud product of Kingswood College, Kandy began his unblemished military career as an Officer Cadet of the Regular Intake 29, on 23rd February 1988. On successful completion of the basic military training on 16th December 1989, he was posted into one of the elite forces of the Sri Lanka Army, the Commando Regiment. The basic and specialized local and overseas training courses he has followed include the Standard Military Course at the Royal Military Academy, Sandhurst in the United Kingdom, Special Mission Confident Development Course for Young Officers in India, Young Officers Course in Pakistan, Junior Command Course, Senior Command Course and Higher Defence Management Orientation Course, the NDC etc., which have paved him the way to reach great heights in this hierarchical organization. In his military profession, he rendered his fullest service to the motherland in the capacities of command, instructional and staff appointments. Officer Instructor at the Officer Cadet Wing at SLMA, the Chief Instructor of the OCDC, the Deputy Commandant of SLMA, and the Commander of the Commando Brigade are some of the significant stepping stones in his brilliant career. At present, he is rendering his service to the prestigious Military Academy of the Sri Lanka Army as the 34th Commandant whose name will also be carved in the Academy history as the second Two-Star General to hold that appointment.

On Thursday (11 Feb), the Alma Mater in much compassion welcomed the newly promoted Major General A K G K U Gnanaratne ndc psc escorted by a ceremonial Cavalcade. Then, he was awarded with a Guard Turnout by troops of the Commando Regiment in recognition of his great achievement and the value added to the Regiment as a veteran Senior Officer. At the arrival, floral tribute was offered to the ‘Monument of Peace’ in commemoration of the valiant war heroes who made their supreme sacrifice in the name of motherland. According to the military tradition, the Guard of Honor is a ceremonial military ritual practiced in military as a mark of respect to visiting dignitaries or distinguished guests. A Guard of Honour composed of a Parade Commander, Second in Command, a Colours Squad, Academy Sergeant Major and 48 Officer Cadets paraded for the newly promoted Commandant with honour and pride.

In Sinhalese culture, tree plantation in commemoration of births, anniversaries and special occasions is a symbol of new life and growth. As a living memory, a “Sandalwood” sapling was planted at the new headquarters complex by the Commandant marking his promotion. The Commandant received the heartiest wishes and blessing of all his officers and staff from the most senior to the most junior. By addressing the Academy staff, he underscored the importance of discipline, commitment to the job and togetherness in achieving organizational goals and the Army’s vision in transforming into a professional army. In displaying joy, happiness and hospitality, all the staff of the military Academy organized an all ranks tea party for the newly promoted Commandant. 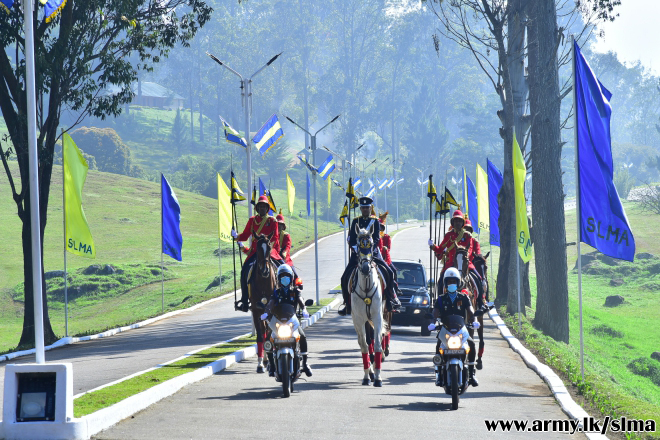 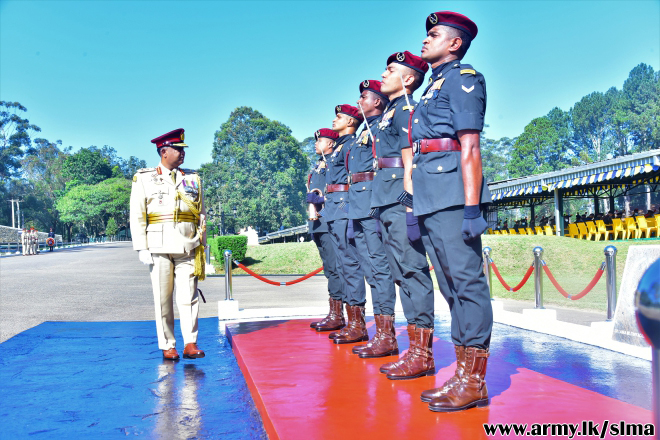 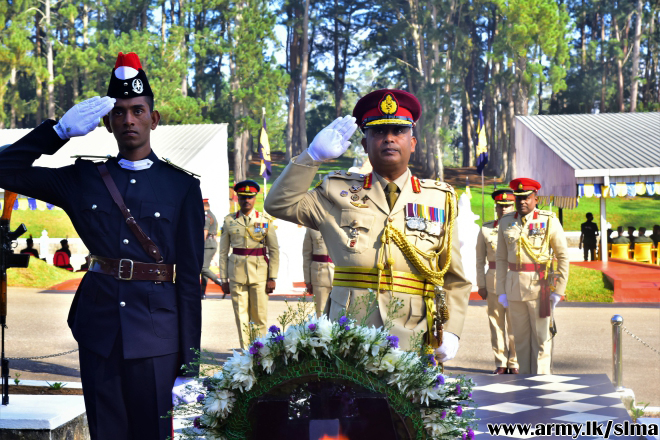 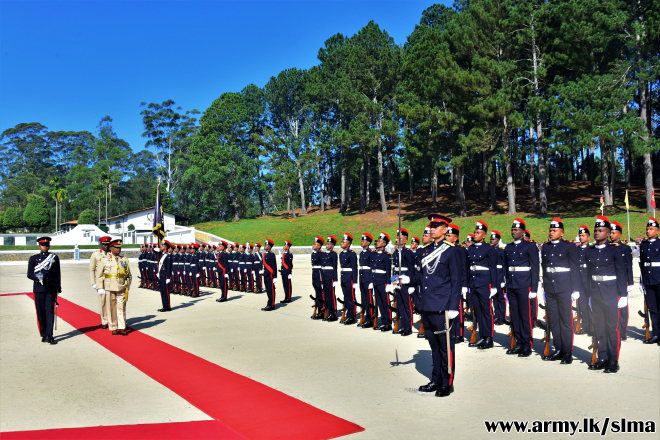 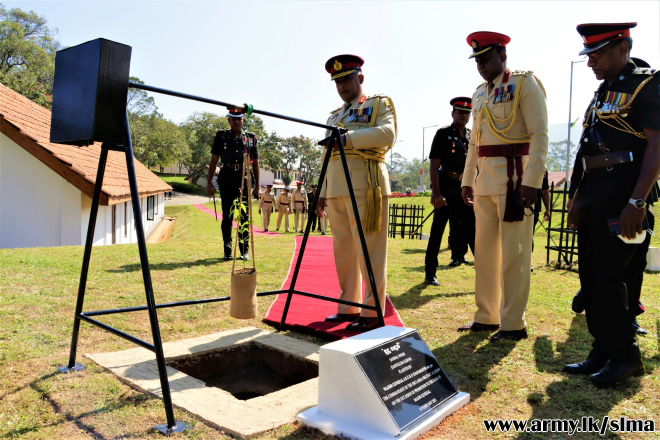