The Award Ceremony held subsequent to the Commandant’s Parade is one of the ever memorable events in cadet life where their outstanding performance during the year is recognized with the award of certificates, trophies and medals by the Commandant and Wing Heads of the Academy.

On 16th December, the Award Ceremony - 2020 was held at the Sino-Lanka Friendship Auditorium graced by the Commandant, Brigadier A K G K U Gnanaratne as the Chief Guest, Deputy Commandant, all Wing Heads, all members of the staff and officer cadets. The Awards Ceremony is traditionally held to recognize the outstanding performance of officer cadets during the respective year. The areas included extracurricular activities such as Drill Competition, Sports Meet, Boxing Competition, Combat Firing Meet, Best Shot Competition, academic disciplines such as International Relations, Military Law, Best Library User, Best Orator Competition etc., and military subjects.

The unveiling of name boards of the “Fittest Cadet” and the “Best Shot” was done by the Chief Guest, the Commandant Brigadier A K G K U Gnanaratne. The Vote of Thanks of the Ceremony was delivered by the Bn/U/O S M Thuduwahenage who extended yeoman thanks and appreciations to the Commandant and Staff of the Academy on behalf of all award winners. 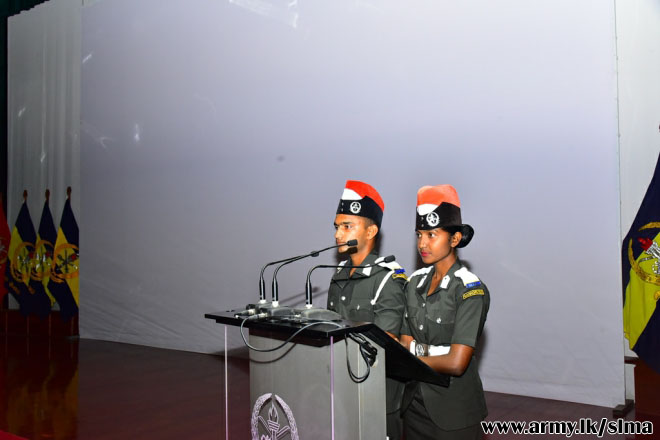 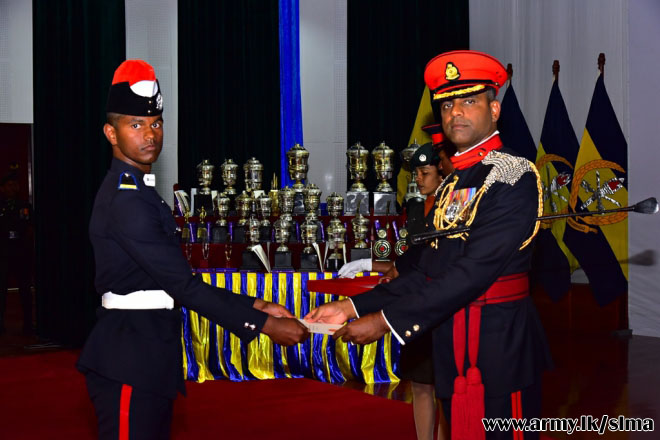 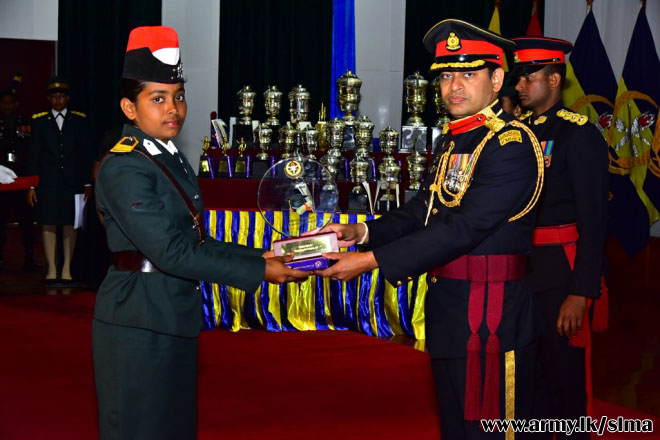 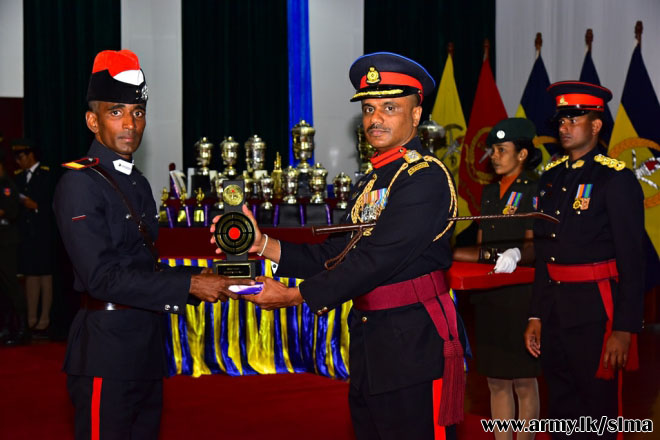 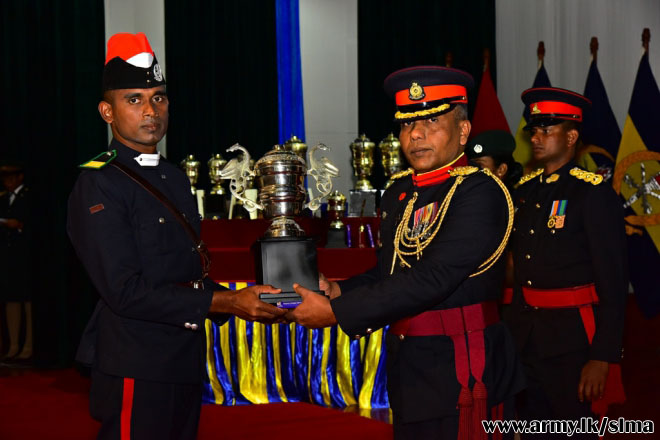 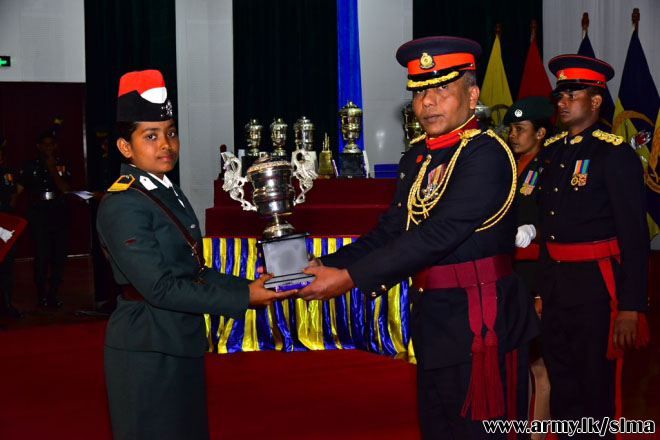 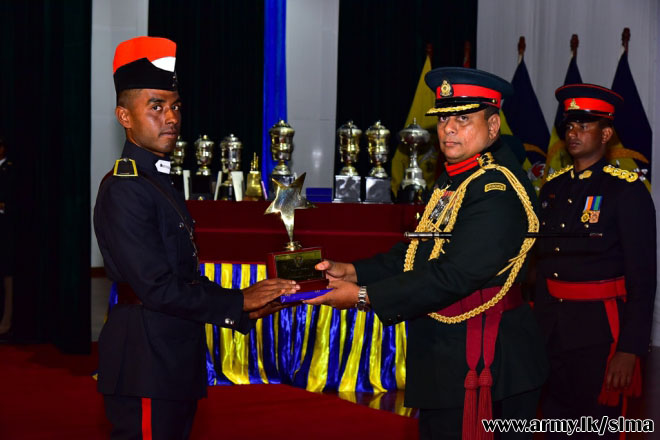 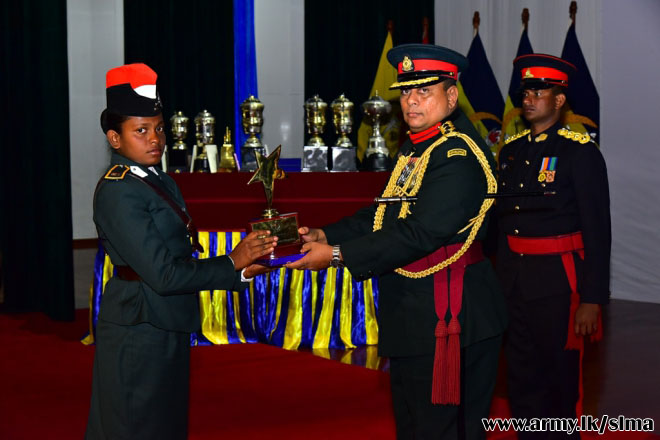 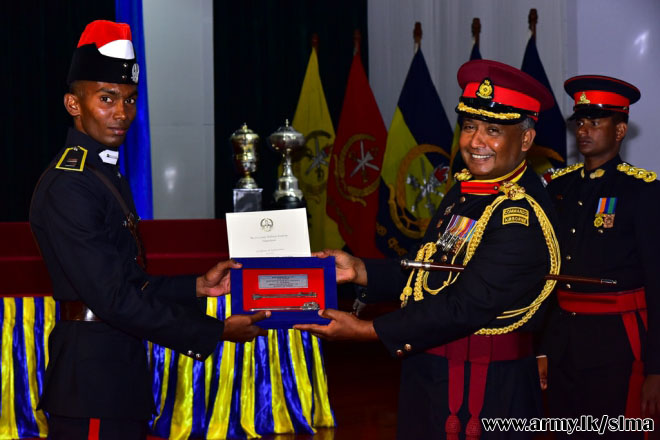 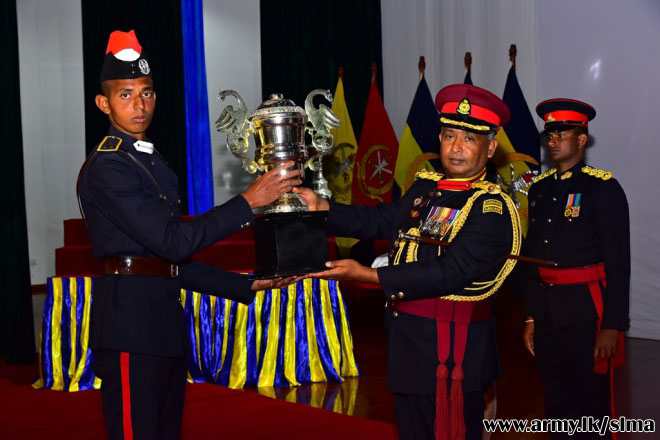 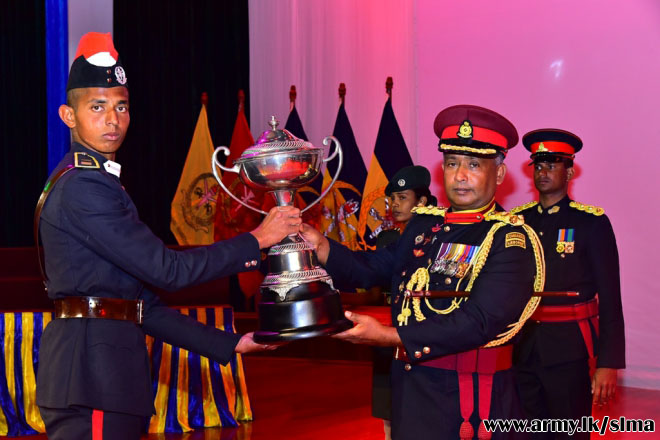 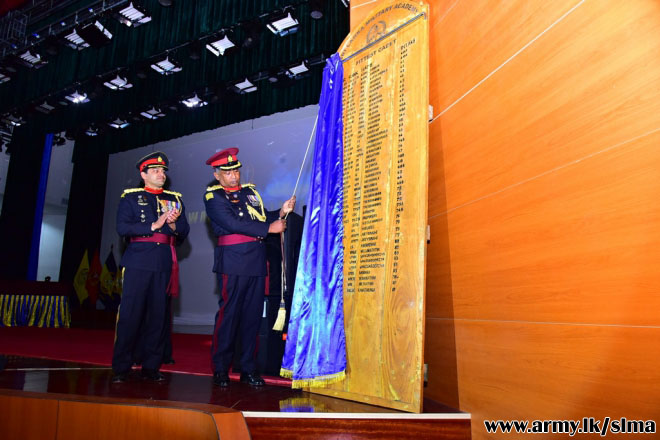