The second delegation of eleven cadets and an NCO from the U.S. Reserve Officer training Corps (ROTC) called on the Sri Lanka Military Academy on 28th May for a five-day program. They first paid tribute to the fallen war heroes at the “Monument of Peace” erected in the Academy premises.

Their program included a lot of interactive sessions in sports, weapons training, battle confidence course, sharing of cultural differences between the U.S. and Sri Lanka and physical training. During their stay, they had the opportunity of visiting the Academy Library, Stable, Museum as well as the Marksmanship and Sniper Training School located in close proximity. On the final day they went on sightseeing and hiking to a nearby tourist destination called Ella.

A special banquet was also organized at the Officer Cadet Mess under the patronage of the Commanding Officer of the Officer Cadet Wing, Colonel Ajith Wikramasekara. The occasion was also attended by Colonel Nilantha Premaratne the Chief instructor and a cross-section of officers and officer cadets. 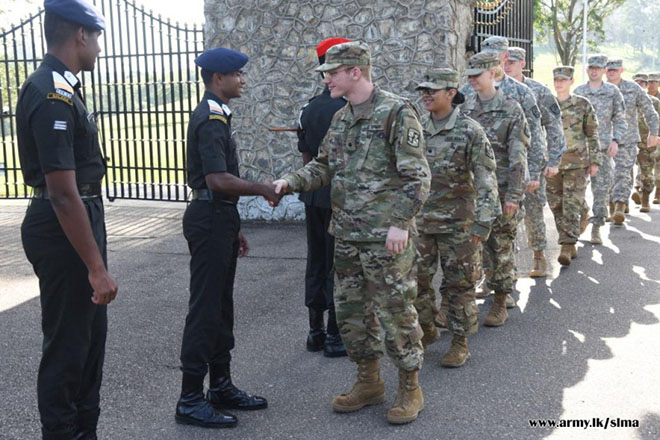 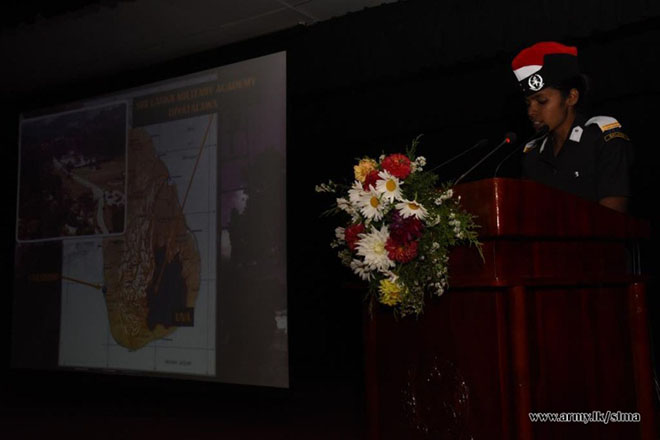 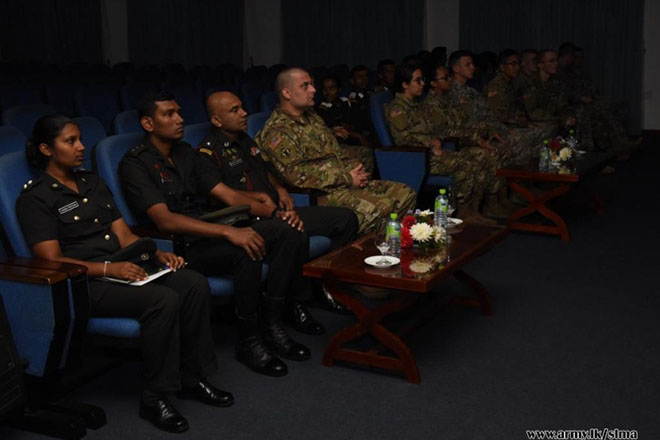 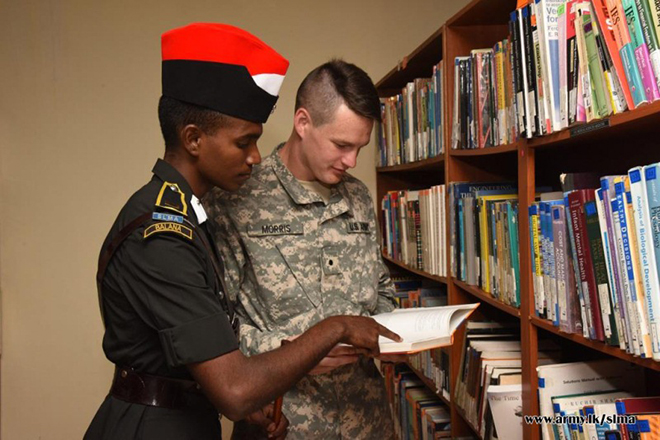 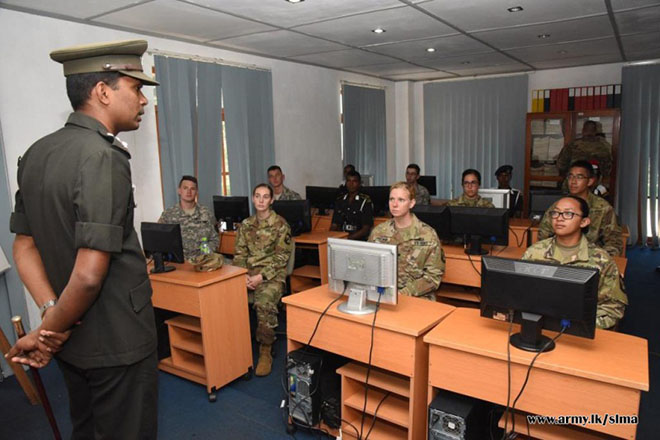 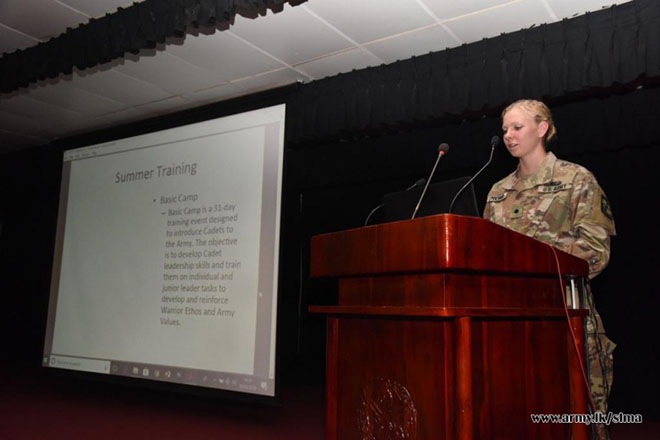 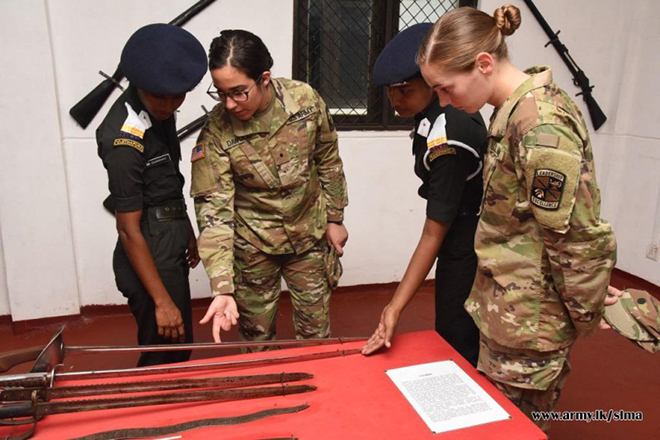 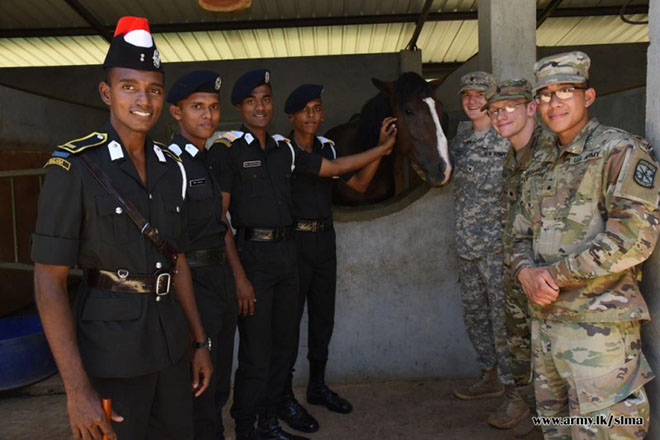 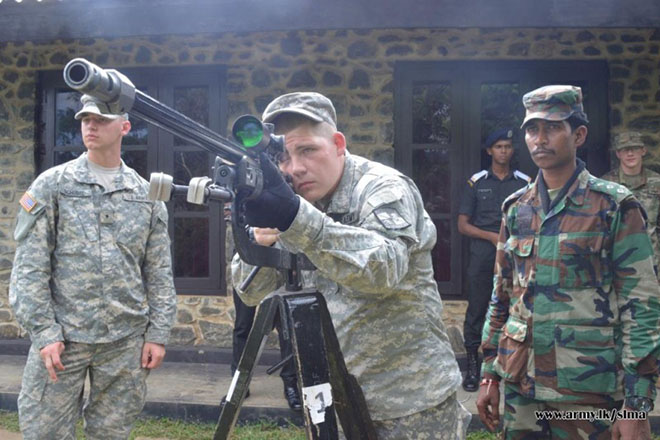 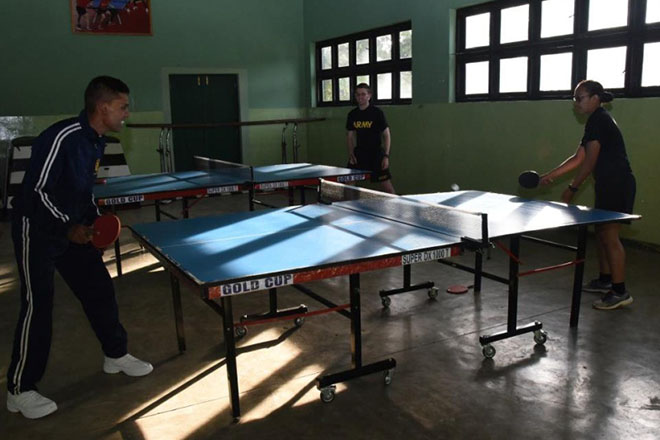 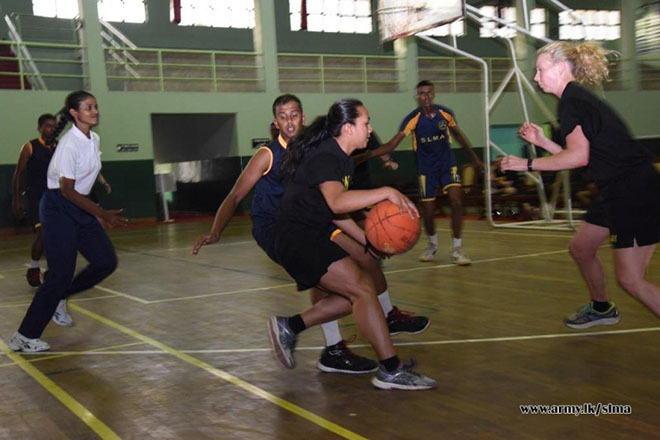 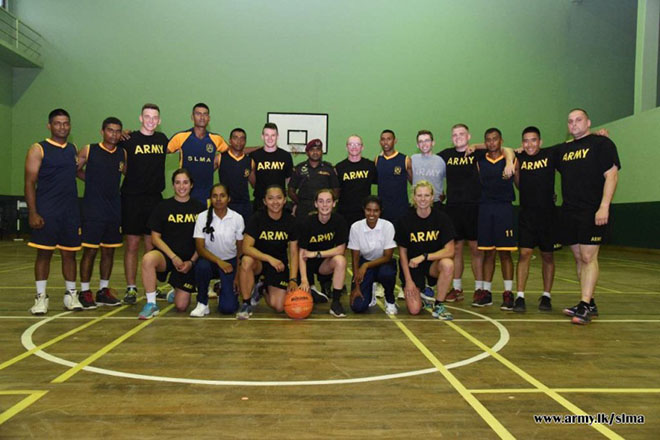 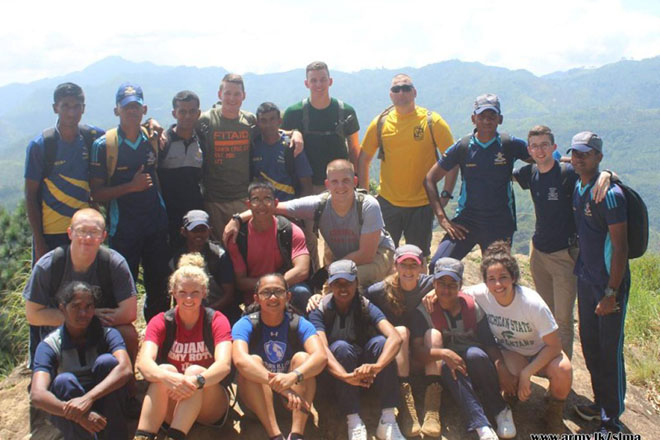 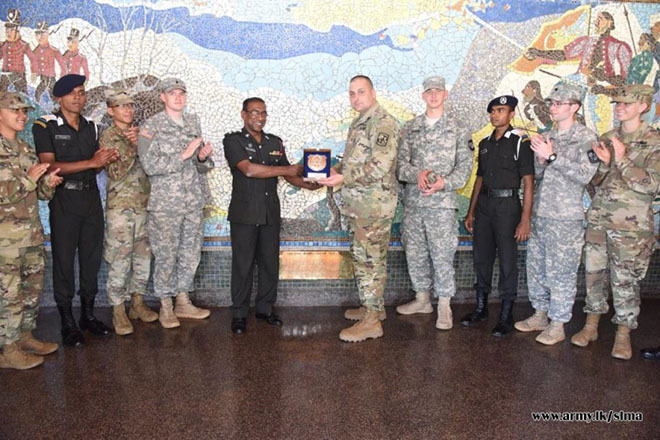 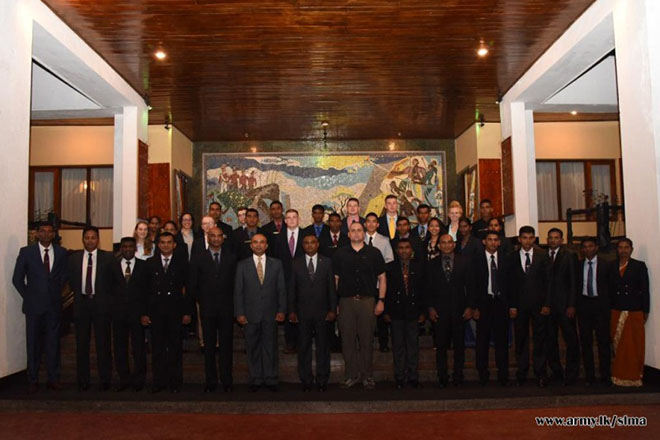