The Commandant, Brigadier H H A S P K Senaratne extended a warm welcome to the officer cadets of Intake 88 in his Opening Address delivered at the Col Fazly Laphir Auditorium on 4th April 2018. The Deputy Commandant, all Wing Heads and course officers of the new intake also attended the event.

In his speech, the content of the Cadet Honour Code, “Cadets will not lie, cheat, steal nor tolerate those who do” was underscored with the Mission statement of the Academy.

He further explained that the seventy officer cadets will undergo the Regular Long Course for two years and nine months during which they will follow 60% military and 40% academic studies. There will be an orientation module during the first three months, and afterwards the intensive English language package will commence followed by the academic and military training respectively. They are scheduled to be commissioned in December and will be awarded with a Bachelor’s Degree in Military Studies upon successful completion of the course.

Finally, he wished them all the very best to follow the course with utmost commitment and interest. 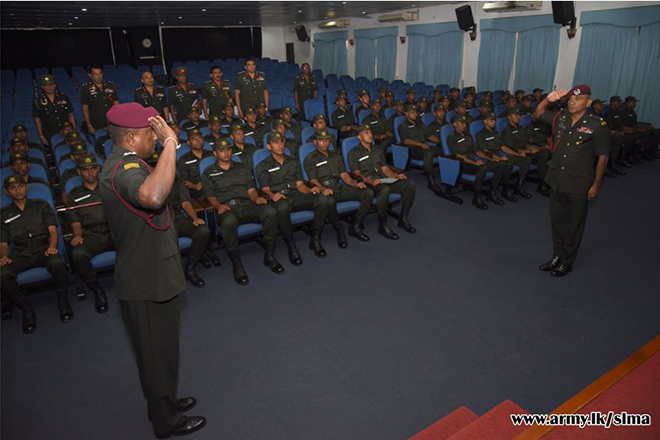 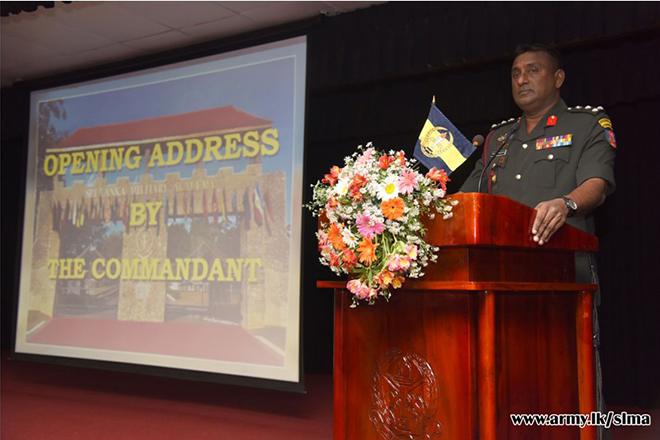 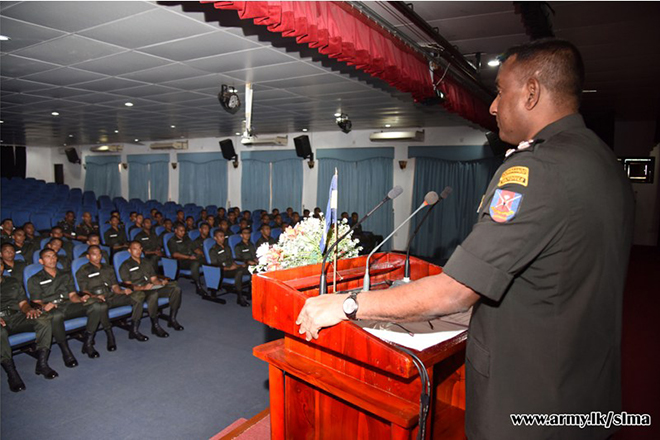