Twenty-eight officer cadets, two officers and six other rank instructors from the Naval and Maritime Academy Trincomalee visited the Sri Lanka Military Academy on 7th March 2018. After a warm welcome upon their arrival, they first laid a wreath at the “Monument of Peace” to pay homage to the fallen war heroes.

They witnessed a presentation on SLMA conducted by cadets and a documentary on cadet life at the Colonel F Laphir Auditorium.

Afterwards, they visited the Academy Library, Gymnasium, Stable, Museum and Cadets’ Mess. Prior to their departure, mementos were exchanged in memory of their visit to the SLMA, Diyatalawa. 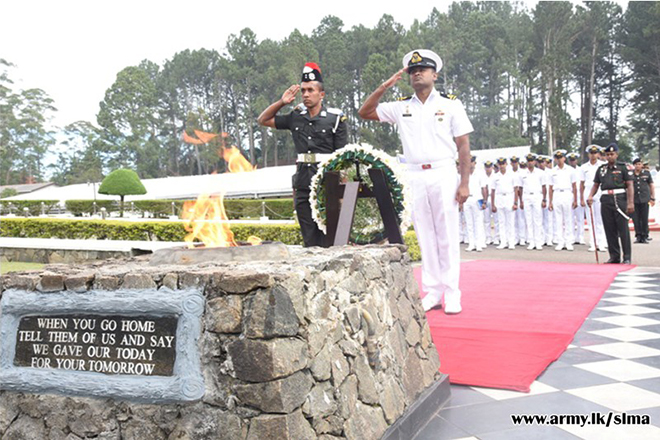 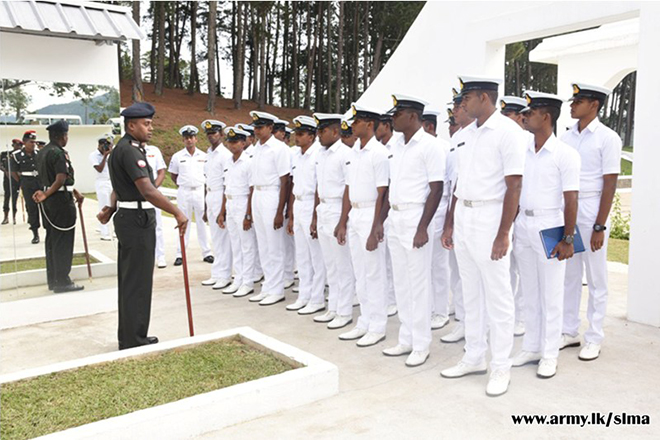 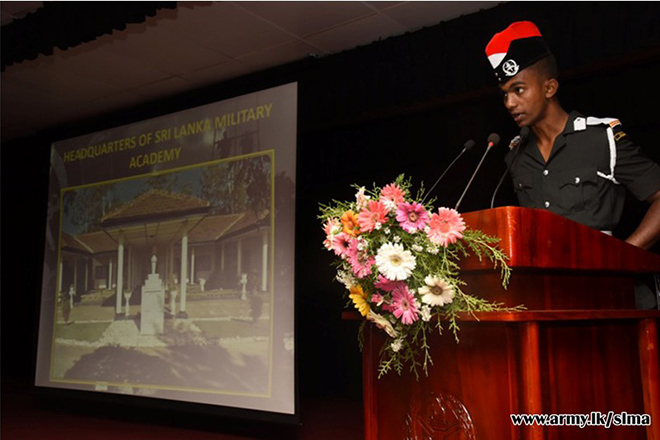 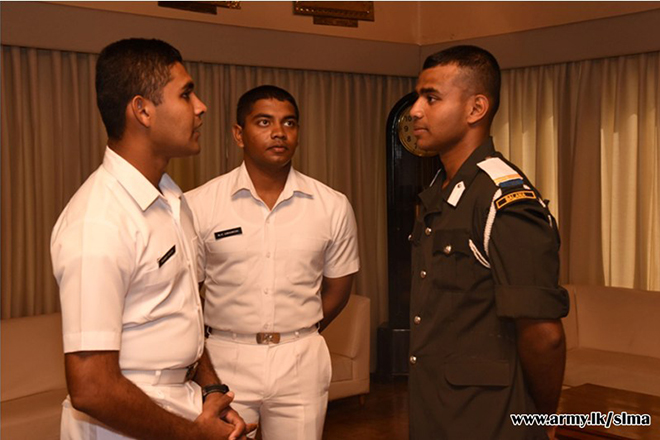 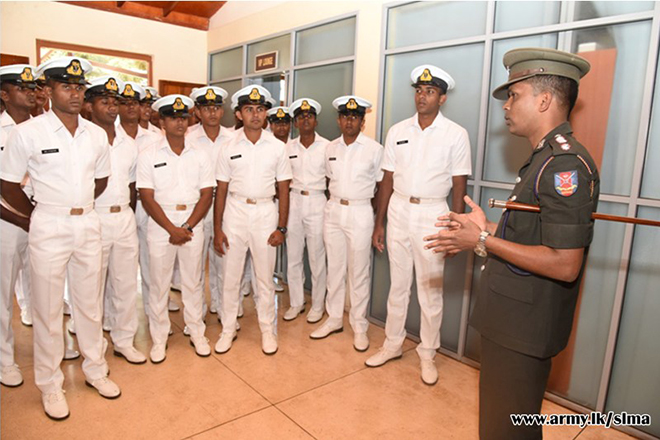 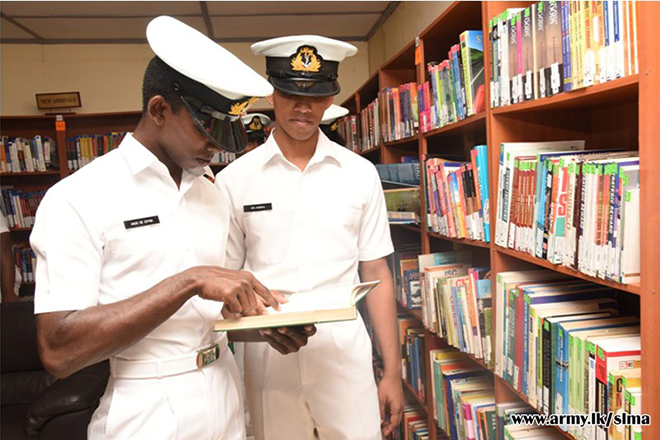 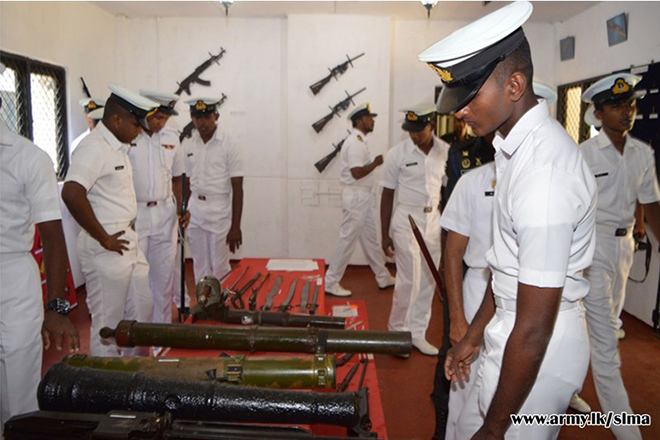 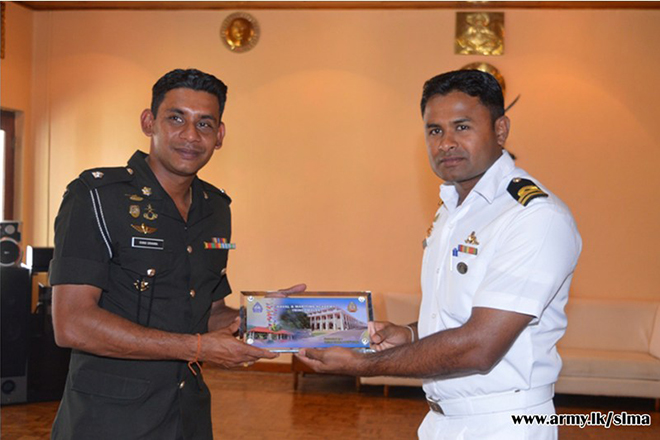 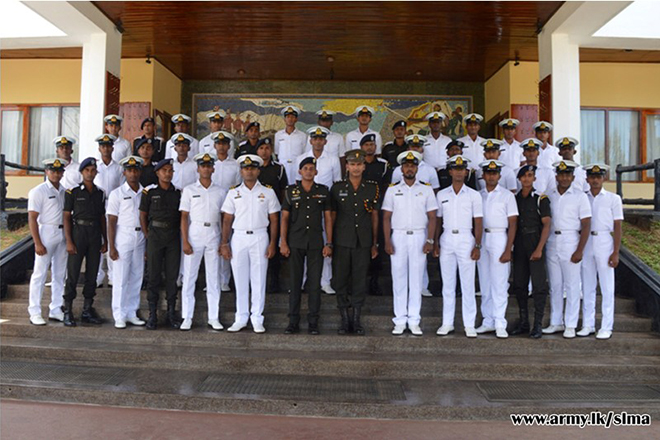