A delegation comprising of an officer, three officer cadets and one JCO arrived at SLMA on 15th January 2018 for a four-day visit. Upon arrival they paid tribute to the “Monument of Peace” erected to remember those who laid down their lives during the war against terrorism in Sri Lanka.

The visit was a result of an exchange programme that exists between the two armies. The three cadets took pleasure in taking part in the weekly programme with SLMA cadets including drill, recreational activities, horse-riding and interactive sessions at the Cadets’ Mess. It was a good opportunity for cadets of both countries to compare and contrast their training modules, and especially get to know the cultural similarities between the two countries. They also had an opportunity to meet the four Wing Heads of the Academy during a special dinner held at the Cadets’ Mess.

They were taken to see the Marksmanship & Sniper Training School, also co-located in Diyatalawa where they got an opportunity to learn about various weapons used by the Sri Lankan Army. During their stay, they also visited places of interest around the garrison town of Diyatalawa such as Lipton’s Seat, Dambetanna Tea Factory, Horton Plains, Hakgala Botanical Garden and Adisham Bungalow in Haputale.

They called on the Commandant in his office and exchanged mementoes prior to their departure to Colombo on the 20th morning. 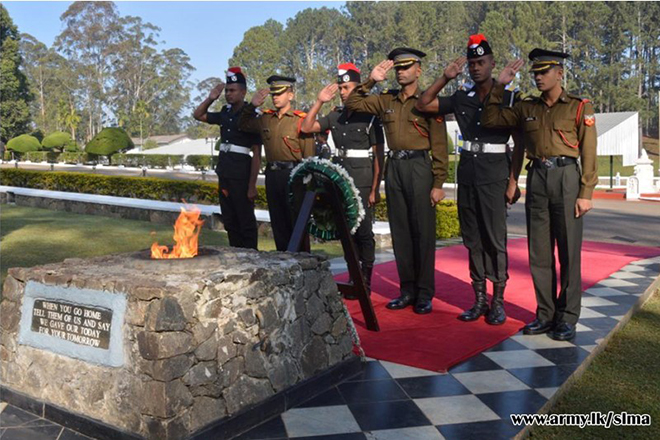 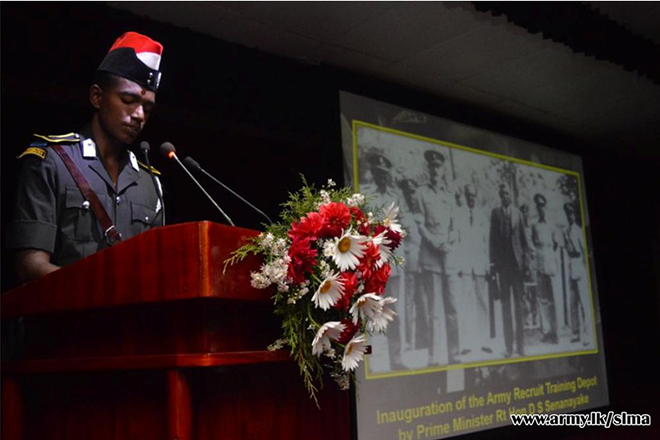 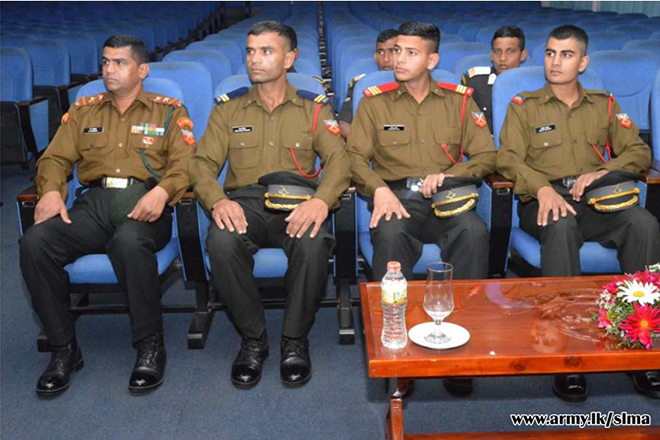 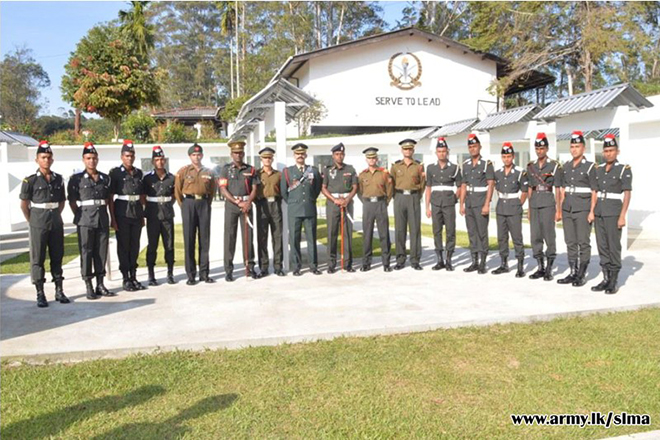 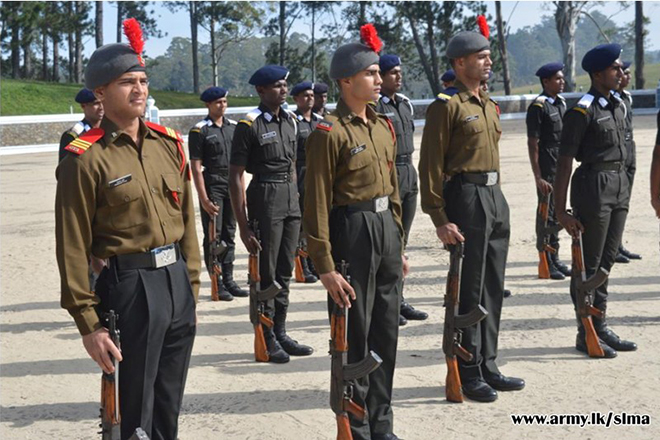 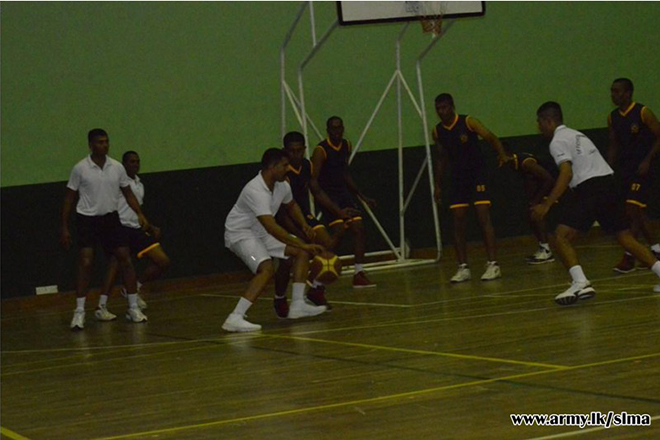 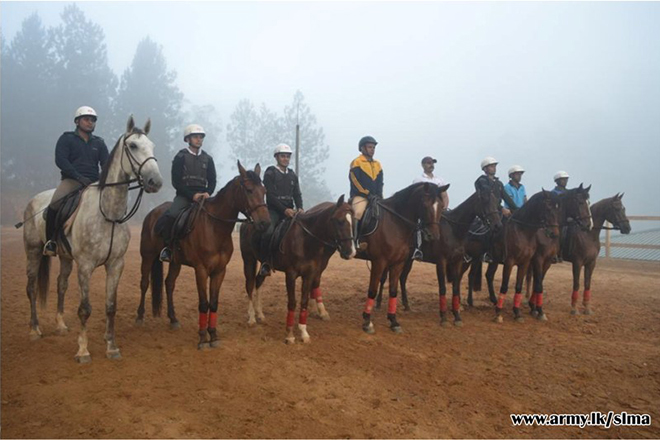 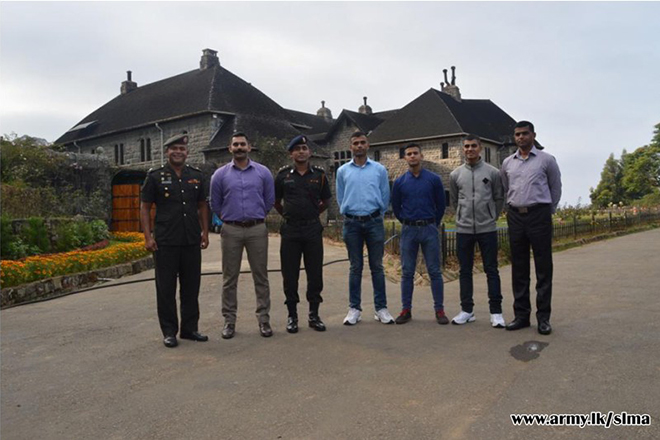 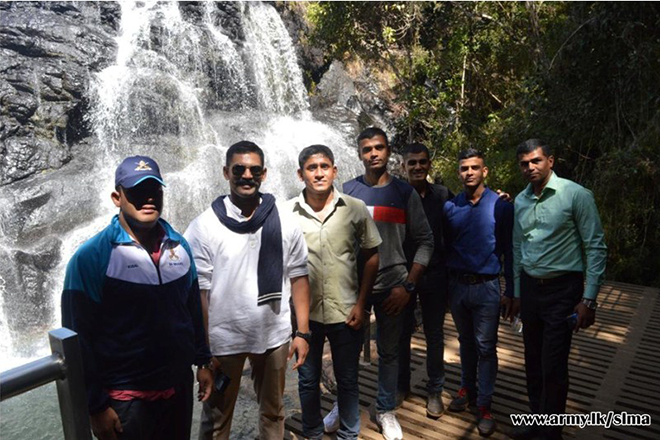 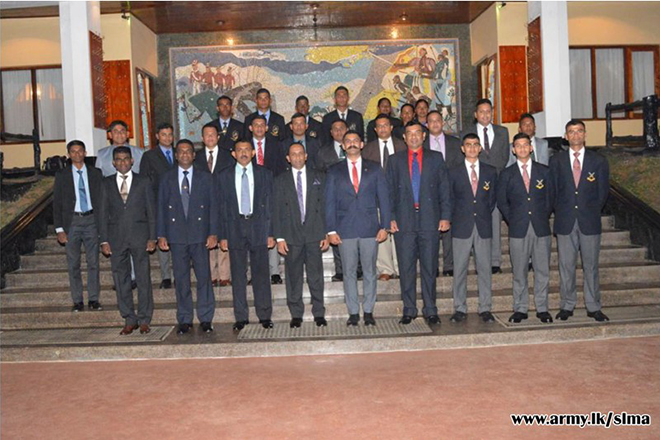 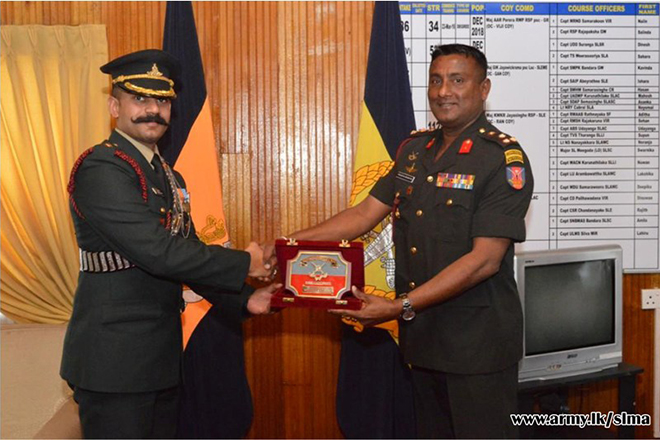