MONUSCO an earlier UN peacekeeping operation – the United Nations Organization Mission in Democratic Republic of the Congo (MONUC) was established on 1 July 2010. It was formed in accordance with Security Council resolution 1925 of 28 May to reflect the new phase reached in the country.

The new mission has been authorized to use all necessary means to carry out its mandate relating, among other things, to the protection of civilians, humanitarian personnel and human rights defenders under imminent threat of physical violence and to support the Government of the DRC in its stabilization and peace consolidation efforts. 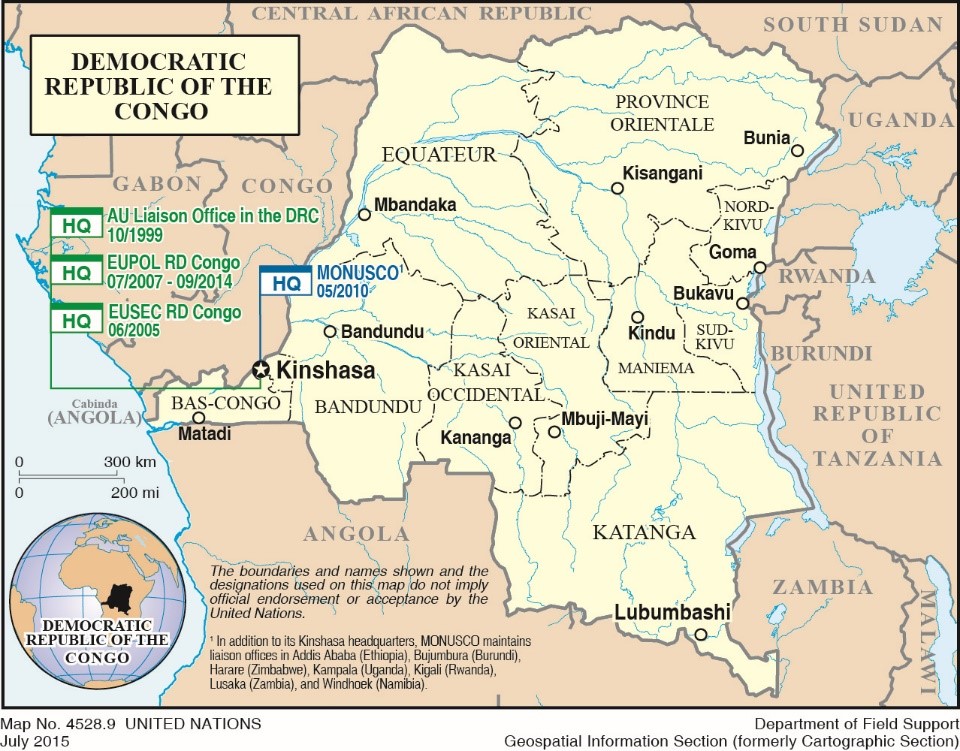