(UNITED NATIONS MISSION FOR THE REFERENDUM IN WESTERN SAHARA)

The settlement plan, as approved by the Security Council, provided for a transitional period for the preparation of a referendum in which the people of Western Sahara would choose between independence and integration with Morocco. The Special Representative of the Secretary-General was to have sole and exclusive responsibility over matters relating to the referendum and was to be assisted in his tasks by an integrated group of civilian, military and civilian police personnel, to be known as the United Nations Mission for the Referendum in Western Sahara..

On 29 April 2016, the Security Council adopted resolution 2285, calling upon the parties of the conflict to continue to show political will in order to enter into a more intensive and substantive phase of negotiations. 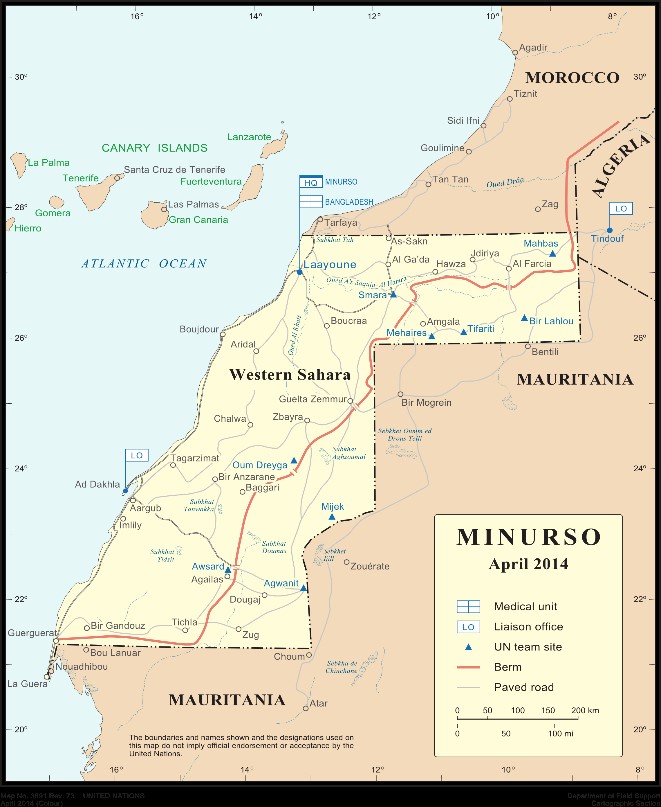