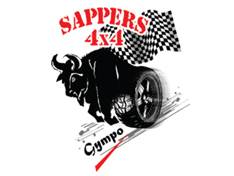 The official logo reflects the aggression and vigor of the event. The words "Sappers 4x4" with the black and white checkered flag indicates the off road motor rally. The Bison with wheels shows the rugged and tough going of the competitors with the word "Gympo" which is the unique name that the Bison will be known from now on.

The 4 x 4 Off Road races has a less popularity in the Motor Sports field in Sri Lanka and is known only to a group of people. Though the Sri Lanka Army has been involved in motor cross for a quite a long period of time, recognition and the attention for the 4 x 4 Off Road races was not significant. In fact, Corps of Engineers have been instrumental in the advice and construction of most of the tracks used for the Army initiated motor cross races.

With readily available technology, equipment and expertise in motor sports field, the Corps of Sri Lanka Engineers have come forward together with the Four Wheel Drive Club of Sri Lanka to elevate this unique sport among motor sports lovers in Sri Lanka. The inaugural 'SAPPERS 4x4 Gympo' organized by the Sri Lanka Army Corps of Engineers and conducted in association with the Four Wheel Drive Club (FWDC) was held on the 14 of August 2011 at the Sri Lanka School of Military Engineering (SLSME) premises in Embilipitiya. This event is designed to facilitate drivers and navigators or co-drivers to display their skills in handling four-wheel drive vehicles in extreme rugged terrain. This special off-road track, which has been constructed in keeping with international standards brings out the thrills and draw out the skills to keep the spectator spellbound. It is an annual event and the track will be available for practice by any motor sports enthusiast for use during vacations and outings.

The funds raised from this event is used exclusively to develop the infrastructure in the Sri Lanka Army Corps of Engineers and for the well being of the war heroes and their families. The other objective of this event is to provide a boost for Off Road Motor Sports in the Country by providing a convenient off road racing track for practices and to provide an adventure track for cycling. This in turn would also provide entertainment for the people of Embilipitiya and Suriyawewa opening up of a new path in civil and military coordination.

The most thrilling motor-sport event in the country "SAPPERS 4x4 GYMPO" THE OFF ROAD CHALLENGE organized by the Sri Lanka Army Corps of Engineers and conducted in collaboration with the Four Wheel Drive Club (FWDC) is scheduled to be held for the third successive year at the Sri Lanka School of Military Engineering (SLSME), Embilipitiya on 13th October 2013.

This event would facilitate drivers and co-drivers to display their skills in handling four-wheel drive vehicles in rugged terrain. This unique off-road track in Sri Lanka is constructed in keeping with international standards, to bring out breathtaking action of drivers to keep the spectators spellbound throughout the event. This year too, we expect to add more glamour to the event with foreign drivers participating in the racing and it will be supplemented with many activities of entertainment.

The 'Sappers 4x4 Gympo' the off-road challenge conducted by the Sri Lanka Army Corps of Engineers in association with the Four Wheel Drive Club (FWDC) will be worked off for the second successive year in tomorrow (October 20) at the Sri Lanka School of Military Engineering premises (SLSME) in Tunkama, Embilipitiya.

We the Sappers are no strangers when it comes to track construction, where as speed tracks such as the Foxhill-Diyatalawa, Gunners-Minneriya, Cavalry-Ibbagamuwa, Gajaba-Saliyapura, are testimonies of our accomplishments.

With the skilled knowledge and experience of over 60 years, the Sappers with the technical advice of the FWDC has incorporated the hills and valleys of Sri Lanka into a 4x4 track which will be unique to Tunkama, Embilipitiya.

The chosen Logo depicts the words "Sappers 4x4" with the black and white chequered flag to indicate the off road motor rally.

The Bison with wheels shows the rugged and tough going of the competitors with the word "Gympo" which the unique name is given to this Bison.

The "Sappers 4x4" Gympo track at Sri Lanka School of Military Engineering (SLSME), Embilipitiya is constructed with obstacles in such a manner that natural obstacles are emulated and both the drivers and navigators are tested on their extreme adaptive skills.

The uniqueness of the track lies in the variation of obstacles as teams have to drive through mud pits, water crossing, and crossing of log bridges, rock climbing, V grooved trails in different stages of the same track.

The key feature is the "over and under track" where a two lane track in the shape of number eight cross at the centre via a Compact 200 extra - wide bridge with tracks that will only accommodate the width of the vehicles.

Along the track there are various obstacles, mostly uneven articulation which will test the teams coping with the forces of gravity.

Each team will get a run on both lanes back to back which will go through the obstacles.

The Event will have five categories, the Standard Vehicles, Standard Modified, Under 3000 cc, Over 3000 cc and Extreme Class which will be battled out Among the 14 Top Teams of Sri Lanka and the 6 Foreign Teams Which have Shipped their Vehicles to contest this title. 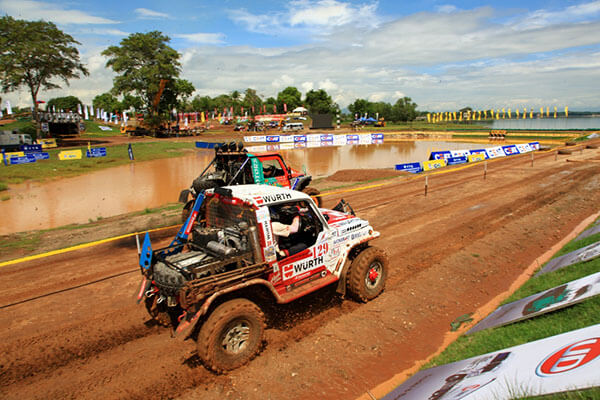 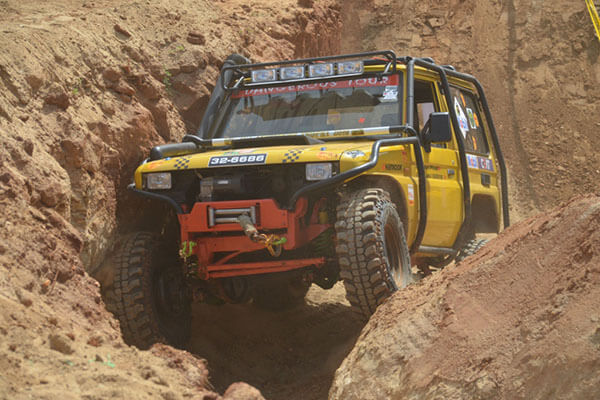 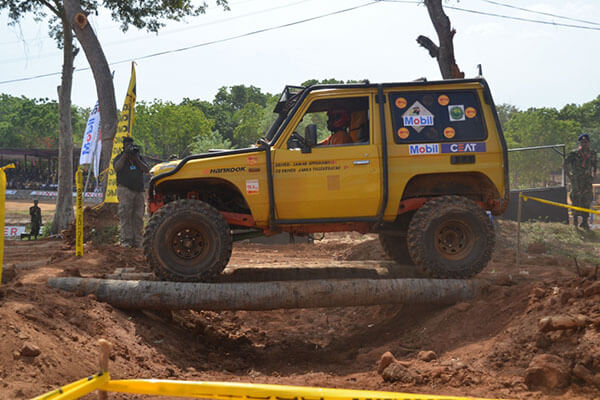 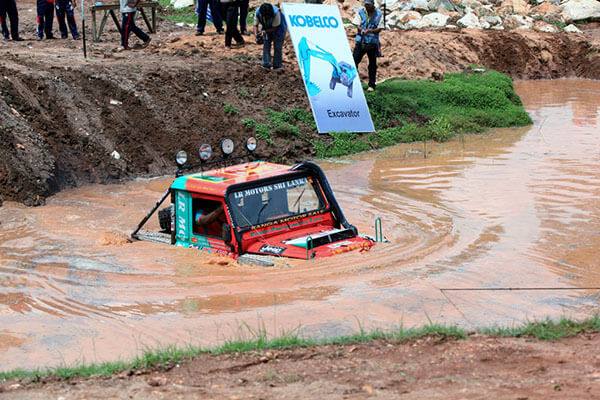 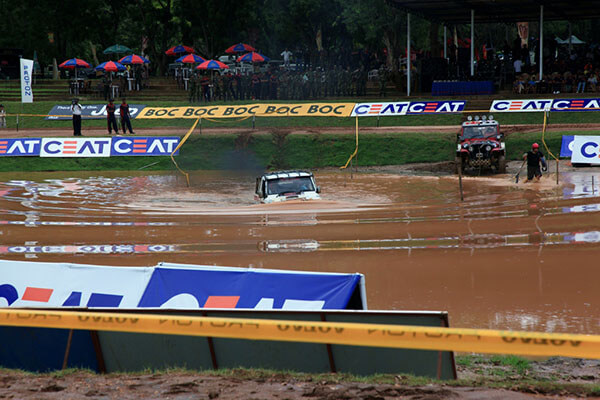 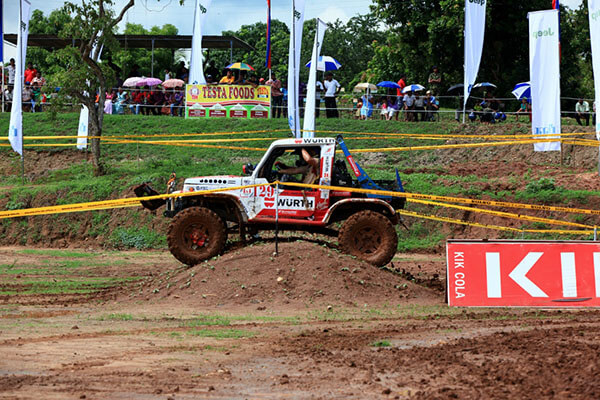 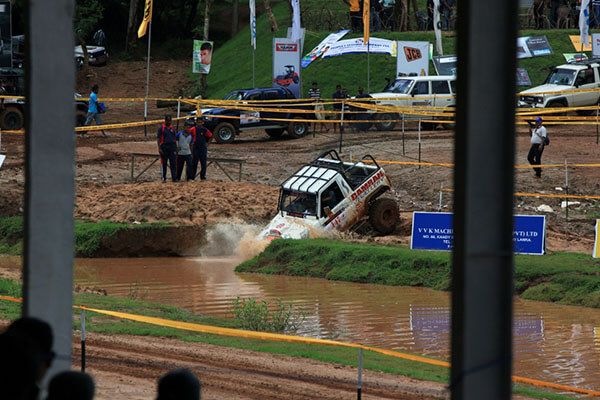 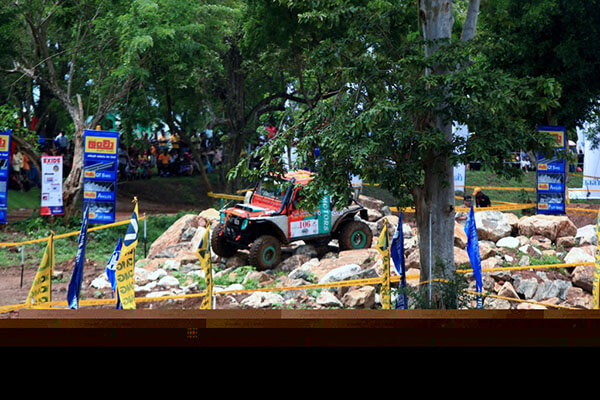 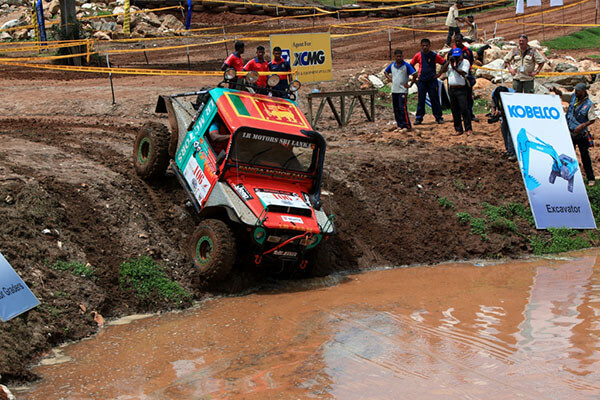 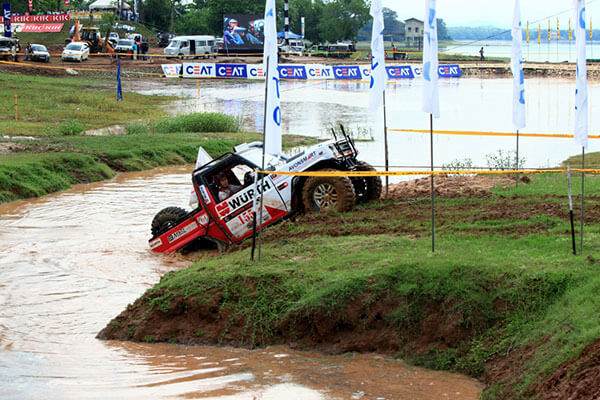 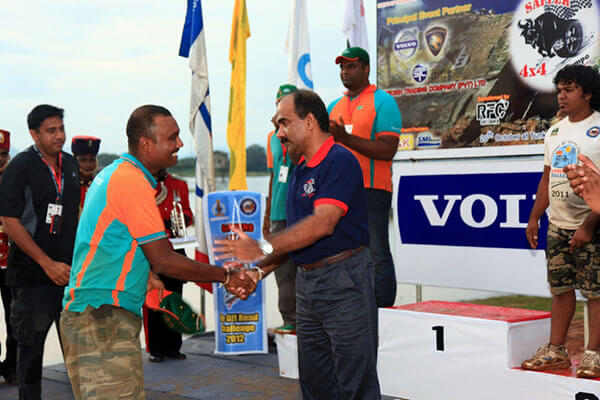