Mr S Sanjeewa Sirisena was undergoing lot of hardships which constrain them to build even a primary shelter to reside his destitute family. Setting as example to others, the Senior Deputy Manager of Sampath Bank PLC Mr Tharaka Ranwala with the coordination of Commander 212 Brigade Colonel Anil Peiris RSP USP psc stepped forward to sponsor for constructing a fully facilitated house for Mr S Sanjeewa Sirisena and his family living at Agunochchiya remote village in Medawachchiya.

Construction of this house was under taken by troops of 2 (V) Vijayabahu Infantry Regiment with the guidance of Commander 211 Brigade Brigadier Lal Wijethunge RWP RSP USP and under the supervision of General Officer Commanding 21 Division Major General Kumar Jayapathirane RSP.

The newly constructed house is comprised with all facilities such as sitting area, dining room, bed rooms, etc and each was gifted with essential house hold items, electric appliances and furniture worth over Rs. 100,000.00. In addition, the beneficiary was much fortunate to be facilitated with a modern electric tube well cost more than Rs. 100,000.00.

The New home was vested with the family giving a prime place to religious observances. The key of house was auspiciously handed over to the head of household during a brief ceremony by the Commander Security Force (Wanni) Major General Jagath Gunawardena RSP VSV USP ndc psc who graced the occasion as the Chief Guest.

The Senior Deputy Manager of Sampath Bank PLC Mr Tharaka Ranwala along with his family made their presence for the occasion as guests of honour.

The General Officer Commanding of 21 Division, Commander of 212 Brigade, Senior Military Officers of Headquarters Security Force (Wanni), the Commanding Officer of 2 (V) Vijayabahu Infantry Regiment and family members of beneficiary along with number of civilians in the village too were present at the ceremony. 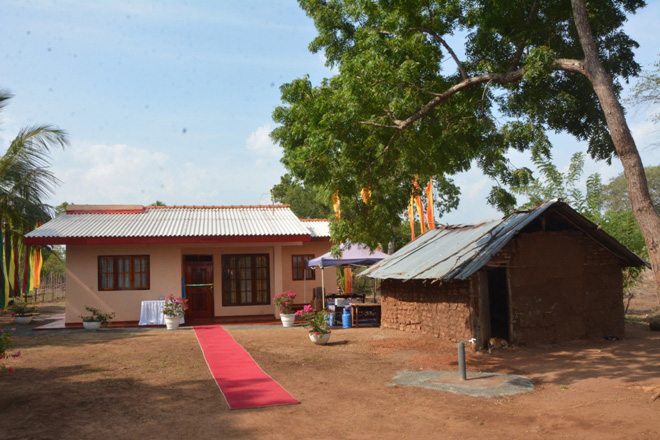 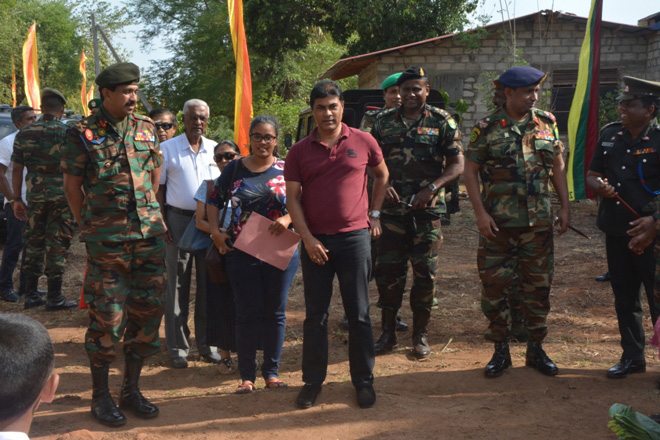 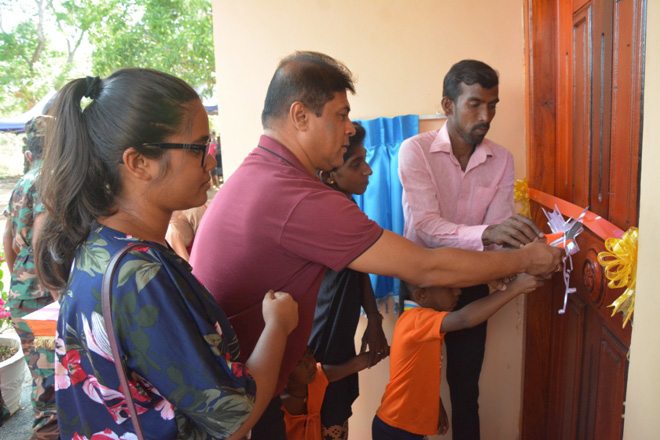 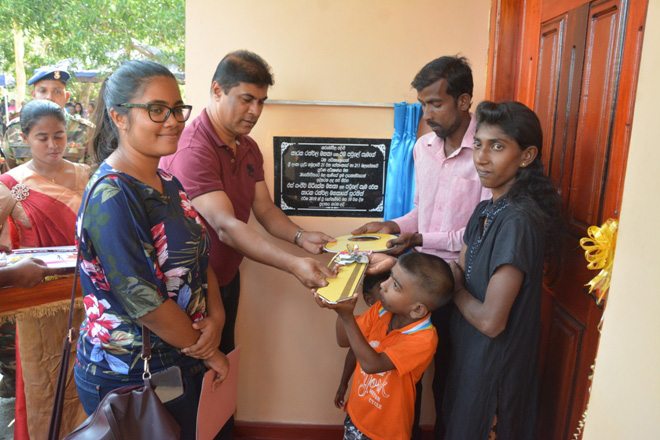 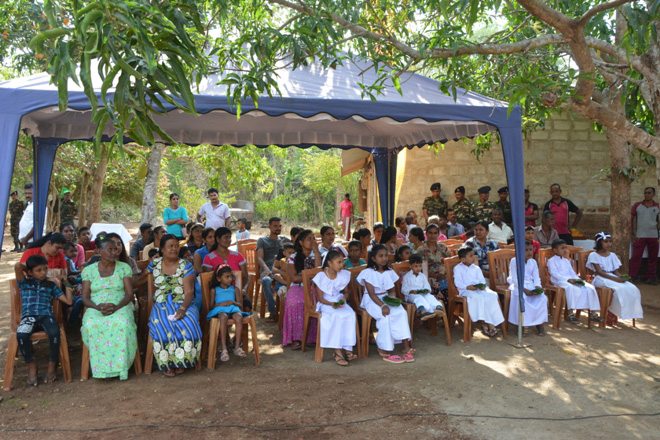 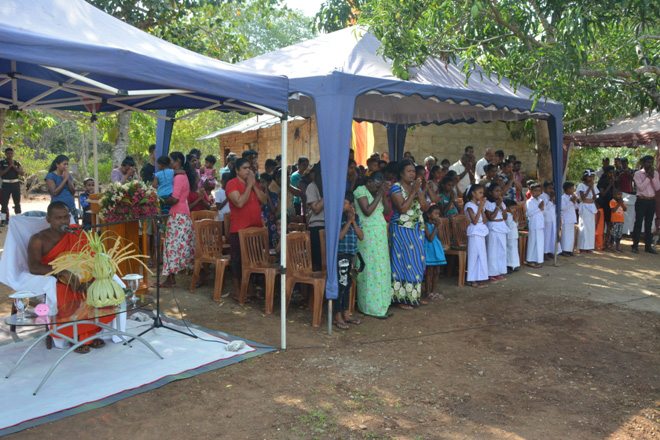 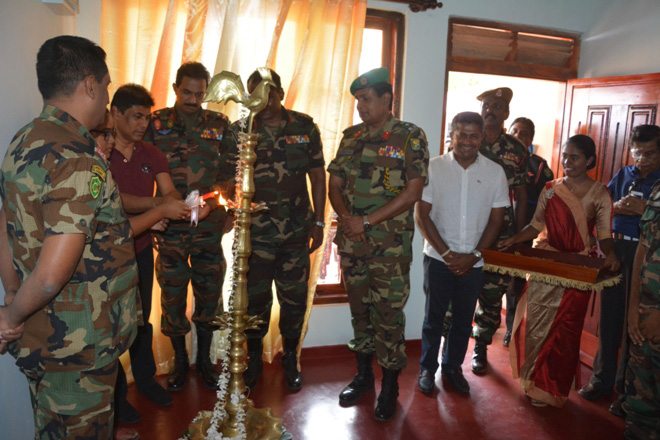 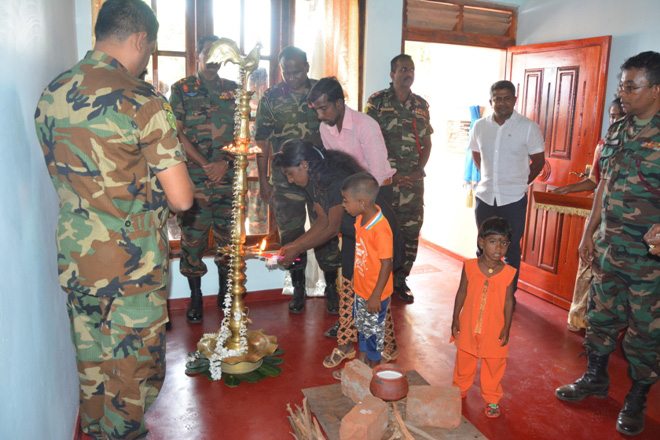 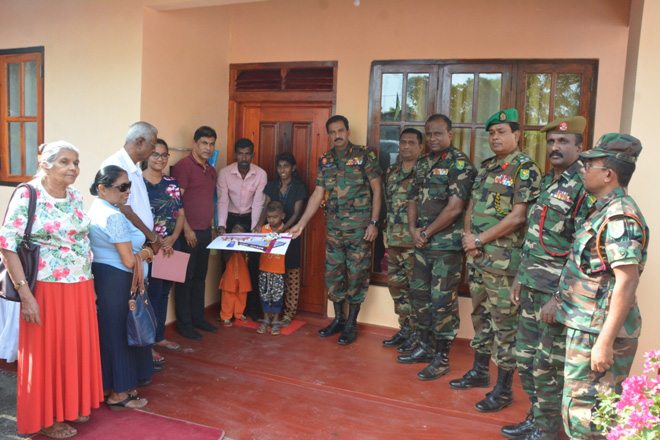 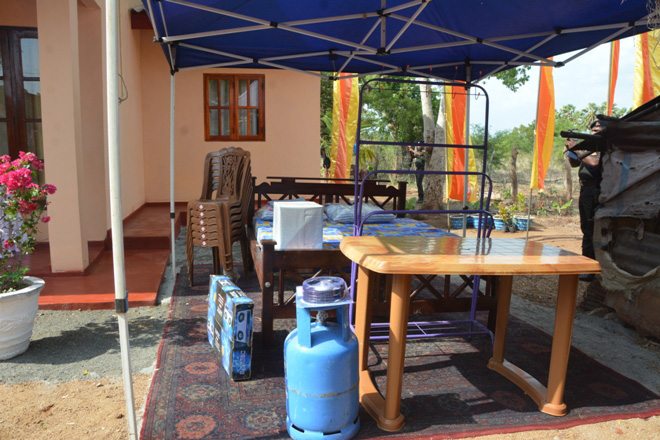 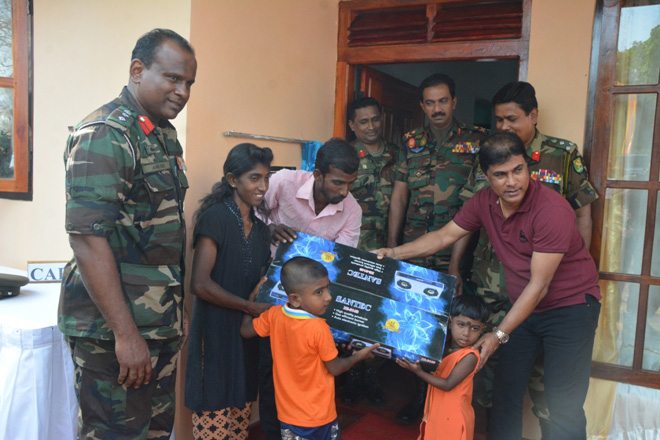 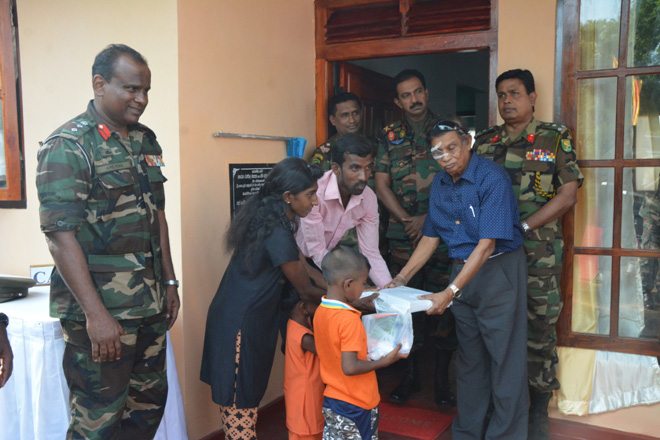 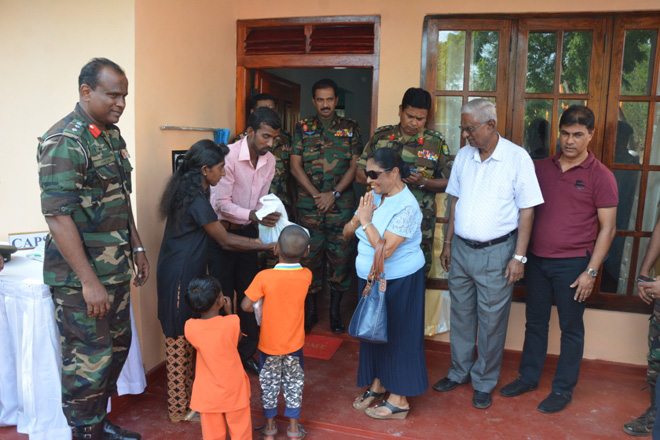 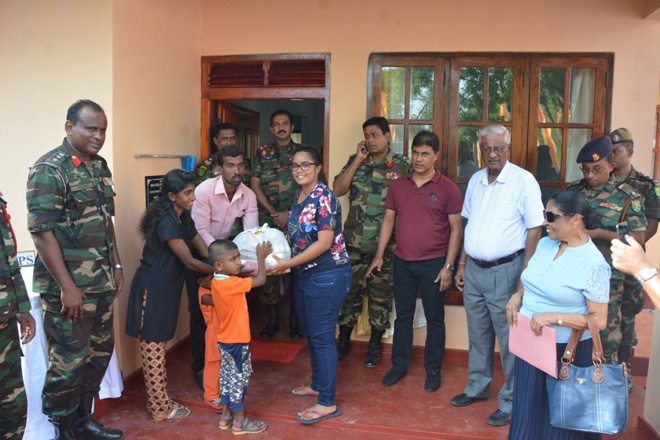 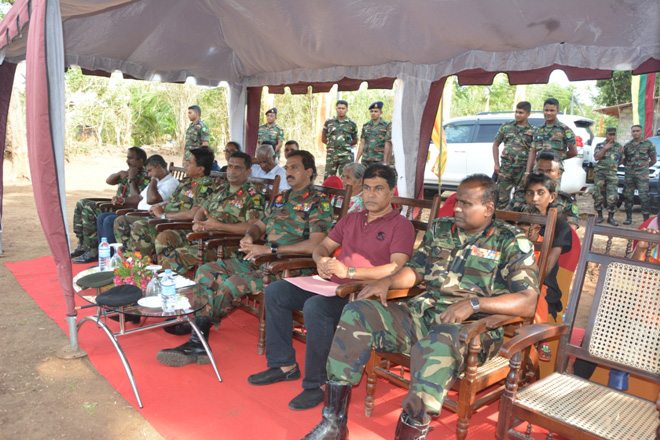 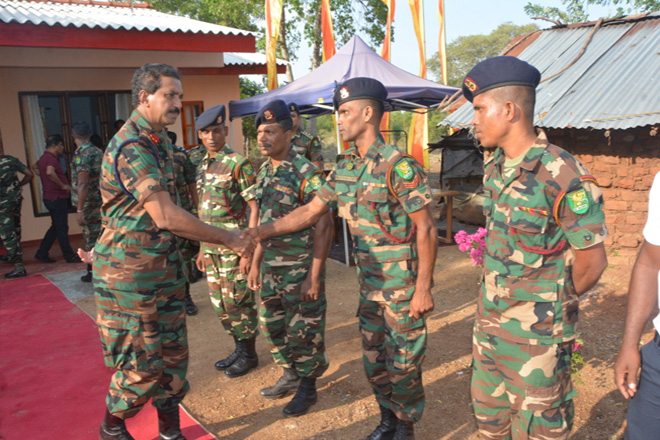 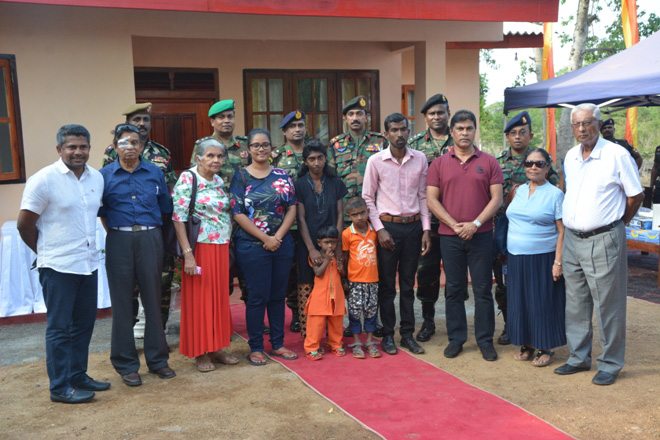