The history of 54 Division goes back to 1951 and initially It was established to prevent smuggling activities and drug trafficking in Mannr. It was established as an Operational Headquarter and a Coordinating Centre in order to counter the expansion of illegal activities in 1965. In 1990, it was renamed as 5 Brigade and later it became as the 212 Brigade. With the acceleration of insurgent movements, the task, responsibilities, and the involvement of the brigade was expanded. Then the camp was re-established as the Area Headquarter, Mannar in year 2000. Later this became the administrative hub and the operational base for Eelam War.


54 Division consist with 4 Bdes namely 541 Bde located at Kalliadi, 542 Bde deployed in Manthottam, 543 Bde is deployed at Pesalei and 544 Bde is deployed in Thachchanamaradamadu. Each Bde has 2 Bns and out of them 5 Bns are Regular and 3 Bns are Volunteer. 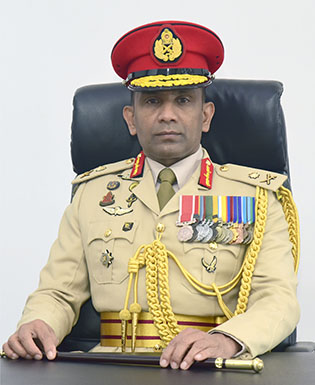