According to Military traditions, a guard turnout saluted to the new incoming General officer Commanding soon after his arrival at the premises of headquarters 62 Division main gate entrance.

Maha Sangha chanted ‘Sethpirith’ and invoked blessing on new appointment as he signed a formal document to signify the acceptance of new office and followed by a tea party with the attendance of Brigade Commanders and allOfficers of the 62 Division at the Officers Mess.

After that, the new General Officer Commanding 62 Division, setting out his scope of work and duties, addressed the Officers and outlined the importance of working as a team for the prosperity of the country and promotion of the army stage. 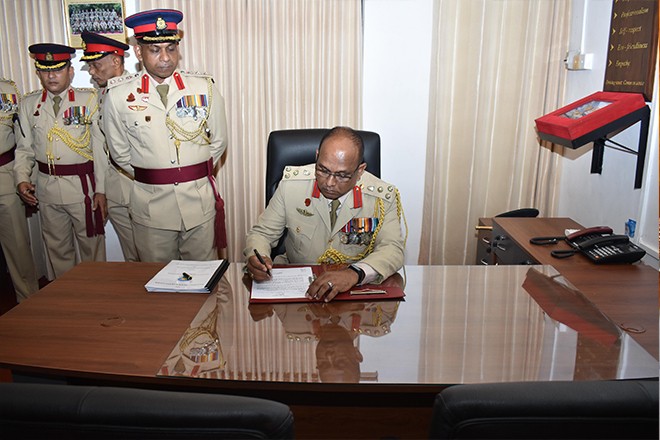 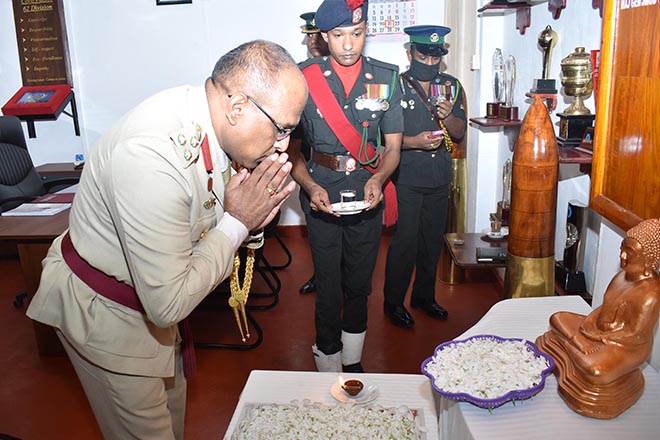 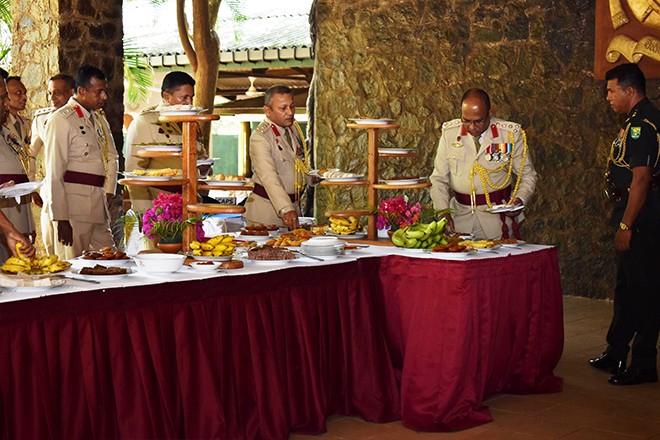