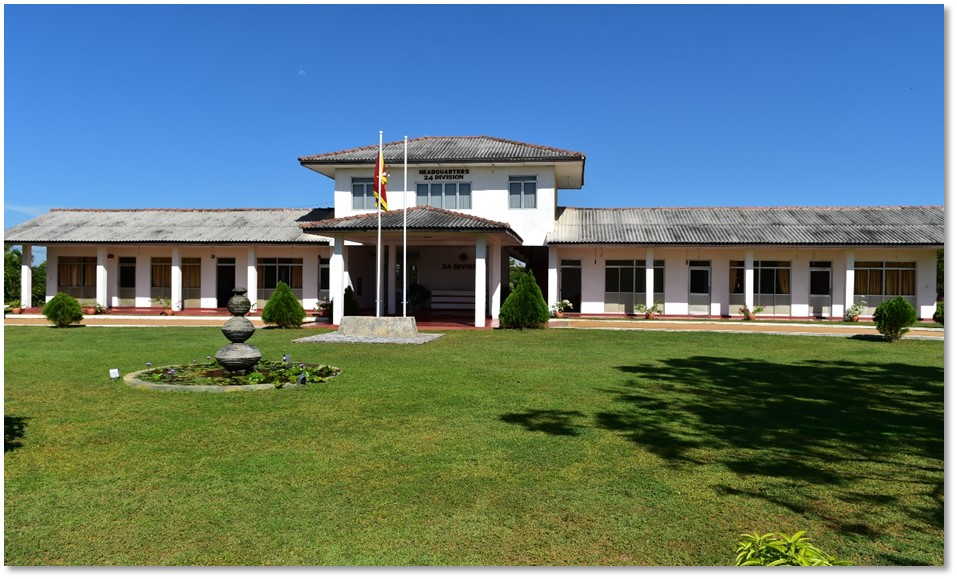 24 Division is the youngest division in the Sri Lanka Army and was initially raised as Task Force 3 at Mallavi Madya Maha Vidyalaya at Mullaitivu District with 14 officers and 36 Other Ranks in order to provide support to Humanitarian Operation - North. It was redesigned as 24 Division on 27 November 2013 and re-established at the present location Malwatta, Ampara on 27 January 2014. Headquarters 24 Division will function under command to security force Headquarters (East) and following brigades are placed under command to 24 Division. 241 Bde, 242 Bde Presently it has been covering the entire Ampara District with 18 AGA Divisions except the AGA Division Dehiaththakandiya. Moreover, it has been covering 3802 Km2 and 112 km of coastal line with famous beach of Arugambay. Total population in the area except Dehiaththkandiya was 588,429 with majority of 47.25 per Muslims, 31.47 per of Sinhala, 20.83 per of Tamils and 0.45 per of Burghers. 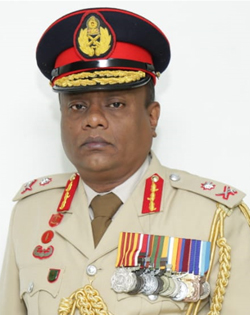