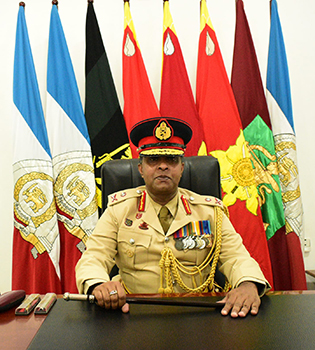 Major General SWB Welagedara led 8th Battalion the Gemunu `Watch during the peak of the Humanitarian Operation. The great leadership that he displayed was an immense contribution to eradicating separatist terrorism from the motherland. Moreover, he has performed his duties in the following staff and command appointments during his illustrated military carrier:

At present, he is serving as the General Officer Commanding of 24 Infantry Division at Ampara. In his long tour of duty, he has followed several training courses both locally and overseas.

He has actively participated in all the major operations conducted in North and East during 34 years of his service in Sri Lanka Army, Therefore, in appreciation of his bravery act and selfless dedication on the battlefield, he has been awarded 'Rana Sura Padakkama' and "Uththama Seva Padakkama" for his exceptional conducts. Further, he is a distinguished senior officer who has also gained the following medals in appreciation of his valued military career.