Following an initiative of the Commander of the Army, Sri Lanka Army organized ‘Kumbuk’ tree planting campaigns inside all camp premises of island-wide military establishments covering all Security Forces on the 72nd Army Day. Accordingly, the 'Kumbuk' planting in SF(East) area got underway with the close supervision of the Commander Security Force (East) Major General Channa Weerasuriya and with the participation of the Commanders, Officers and Other Rankers of the respective establishments. The planted saplings will be closely looked after till they grow taller until they adjust themselves to prevailing hard climatic conditions in the region. 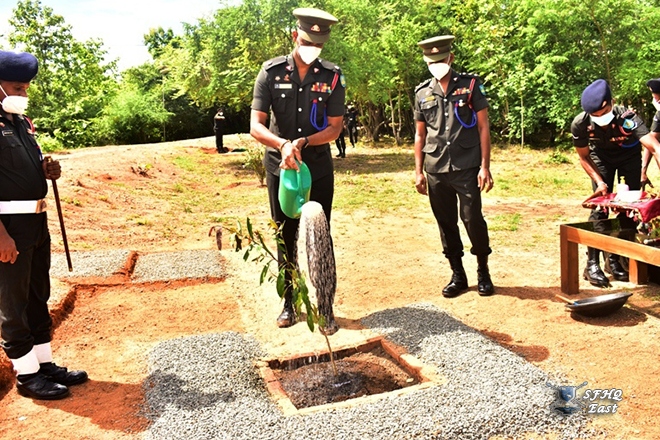 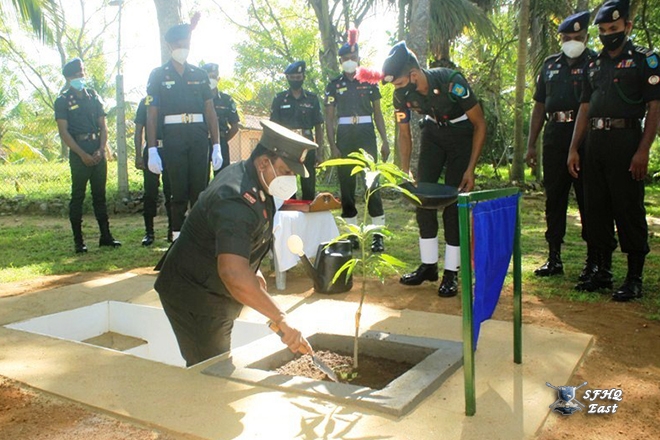 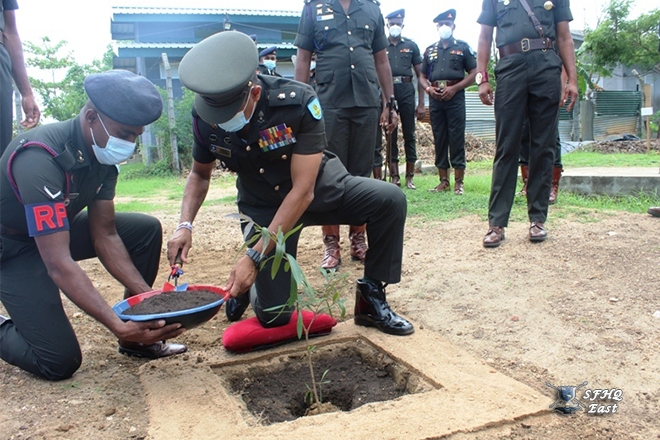 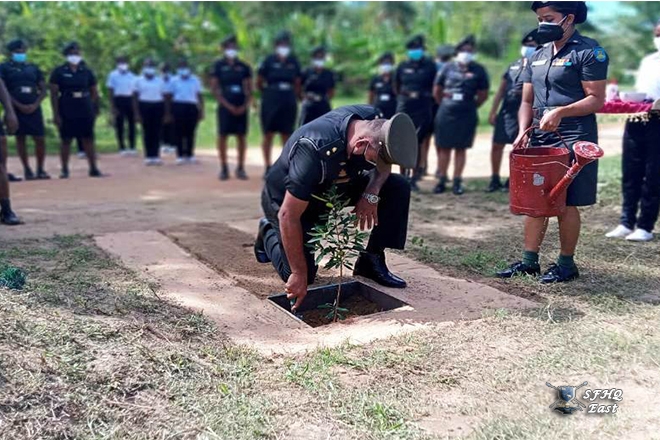 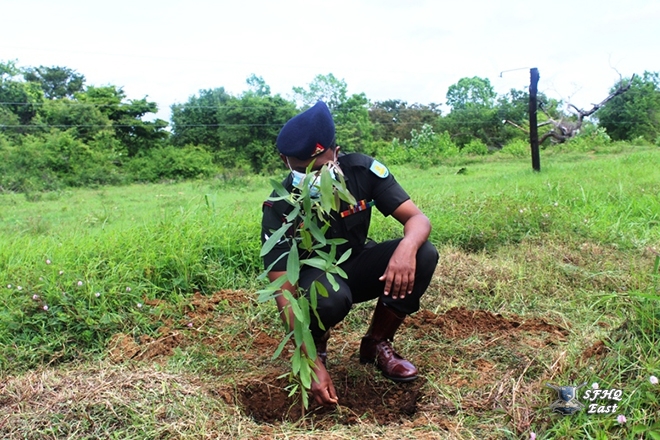 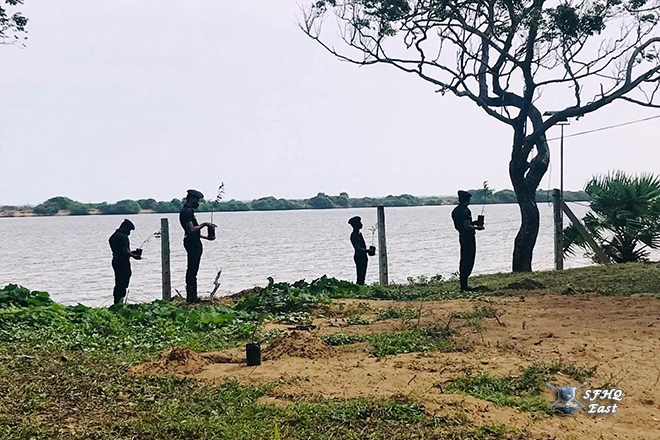 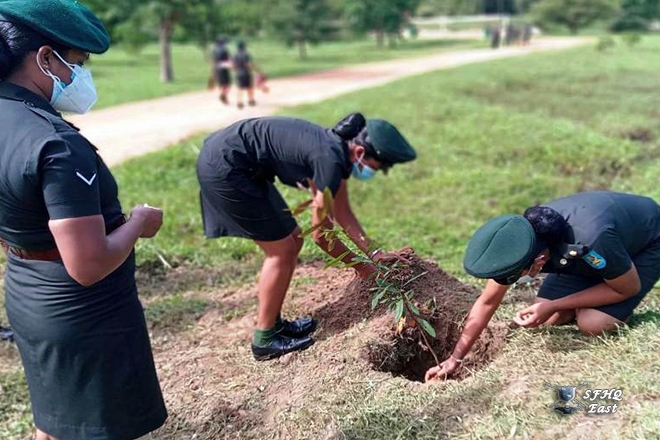 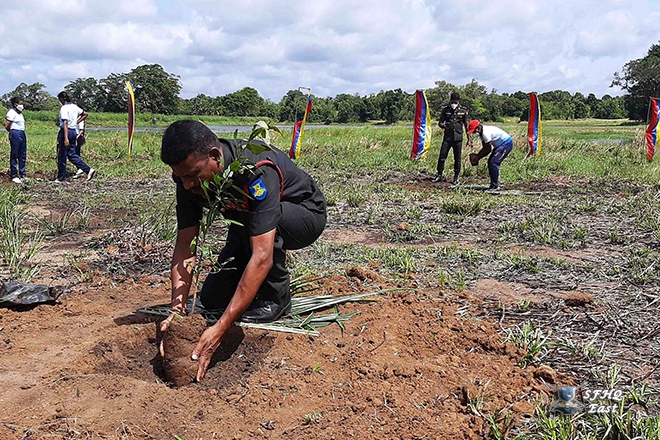