Having unfurled the National Flag by the Commander Security Force - East and the Army Flag by the Brigadier General Staff, the National Anthem and Army Song were recited as the flags were on the swing. Just after two minutes silence being observed in memory of the fallen War Heroes in the name of the Motherland, all members pledged their allegiance to the State by reading the Government Servants’ Oath before the Commander SF (East).

This charming function concluded with the address of the Commander Security Force (East) which highlighted the value of understanding the individual responsibility towards the development of the country and emphasized the need of serving the motherland faithfully as citizens in a proper and disciplined manner. Later on, an awareness lecture on preventive measures to be taken in the face of COVID 19 pandemic was conducted by Captain Ranitha Fernando – SLAMC. 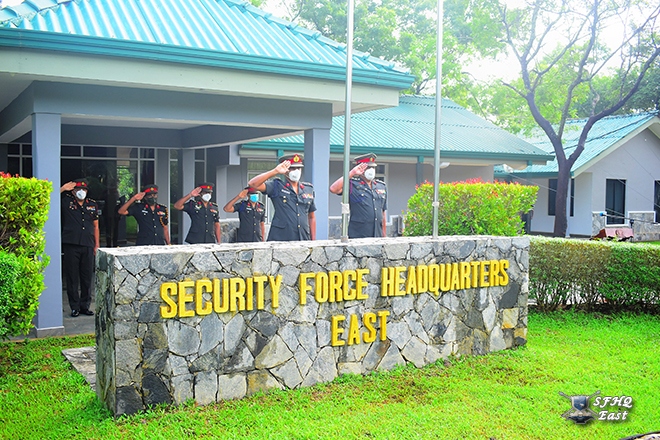 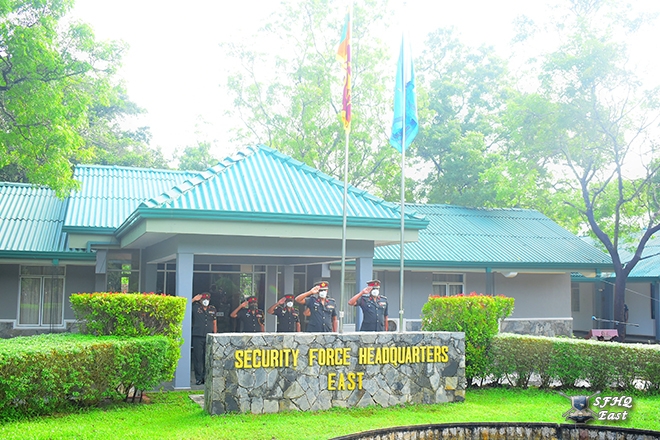 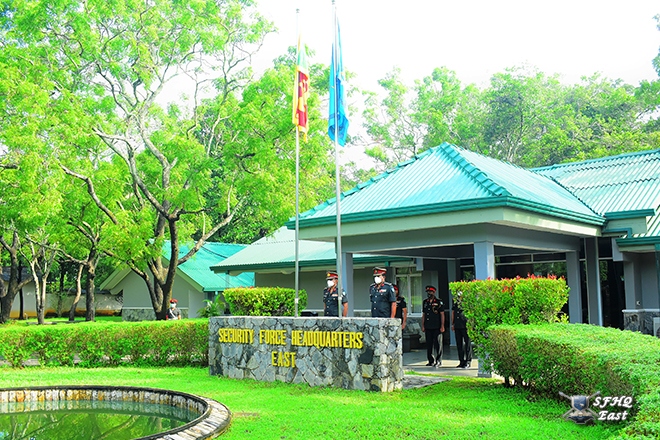 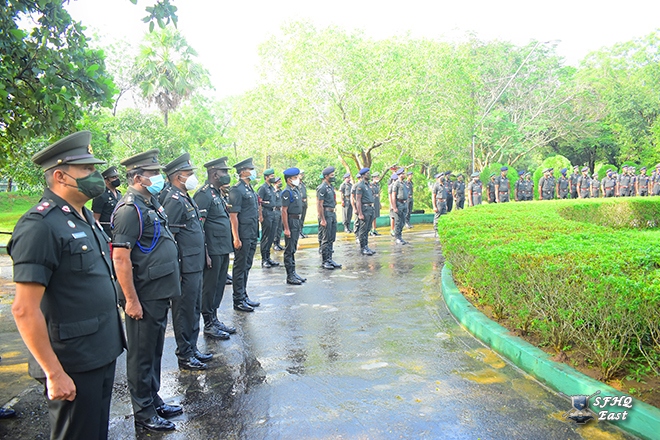 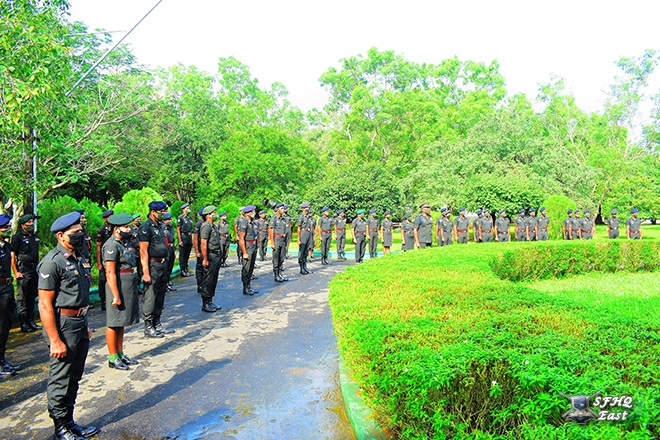 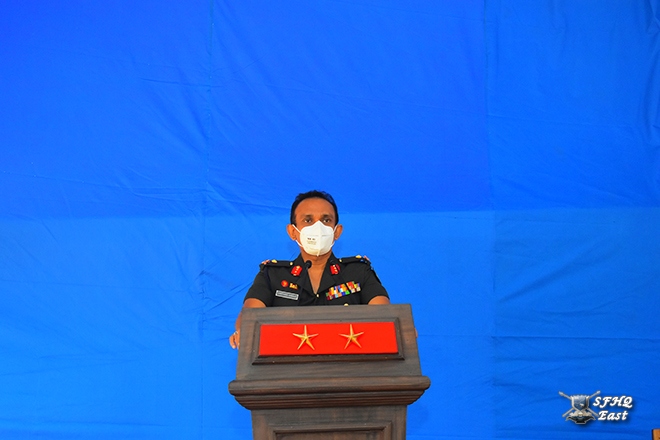 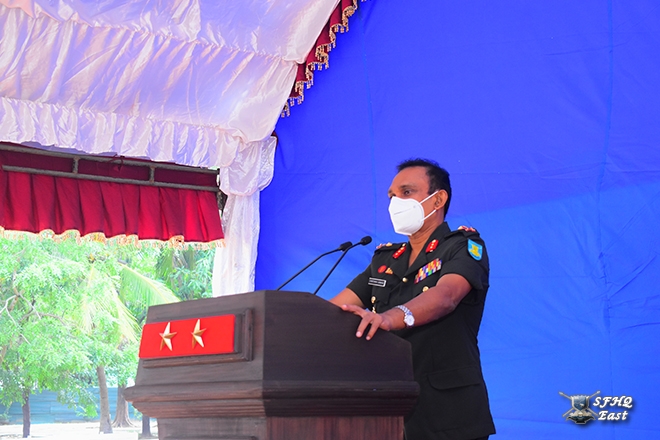 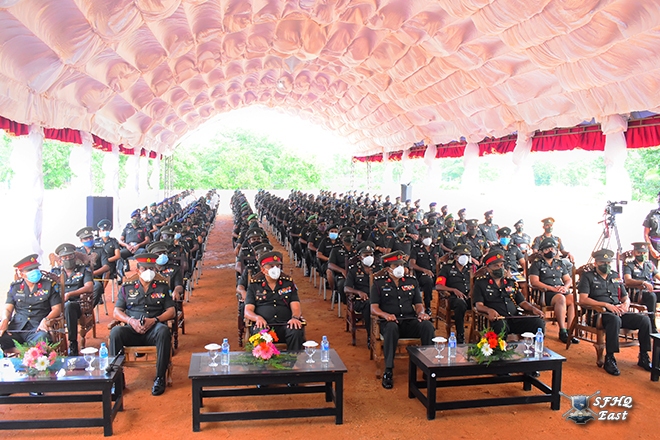 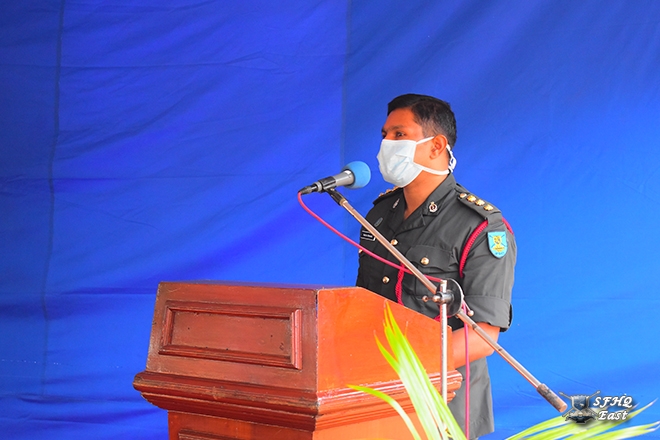 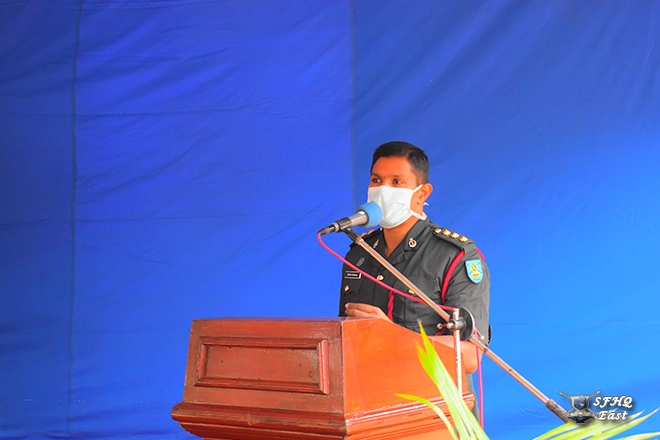