Amidst blessings of the MahaSangha, the religious procession carrying the ‘Sacred Pinnacle’ and the ‘Crest-Gem’ of the 'Sandahiru' Stupa arrived at 10 temples in the Security Force (East) area during 16 to 21 October for public veneration.

The veneration of revered items was done with limited gatherings according to healthcare measures taken in coordination with regional healthcare authorities and he motorcade carried the sacred items concluded its passage in the Security Force (East) area under the guidance of the GOCs of 22, 23 and 24 Infantry Divisions and with the coordination of officers and other rankers of under command formations. 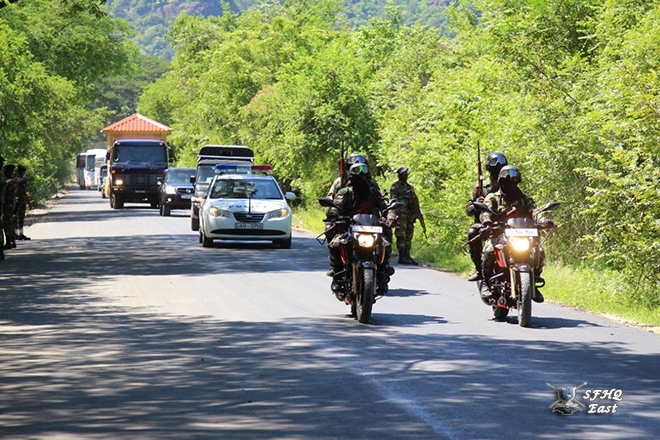 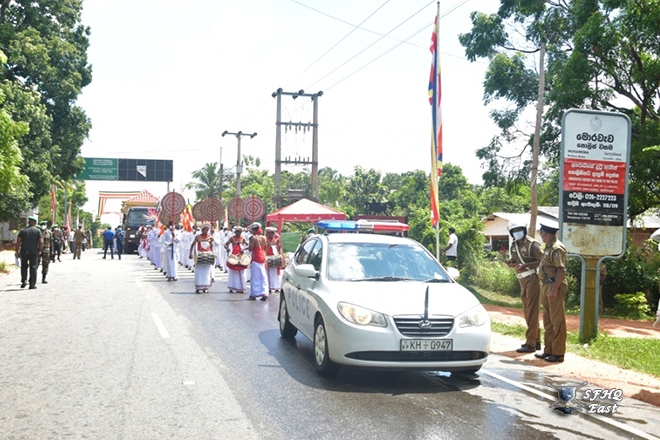 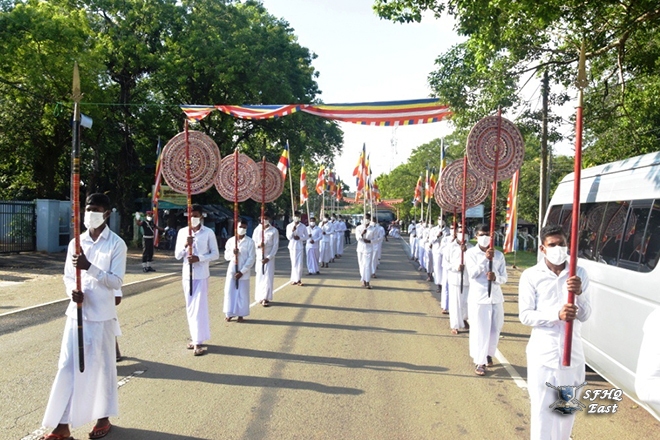 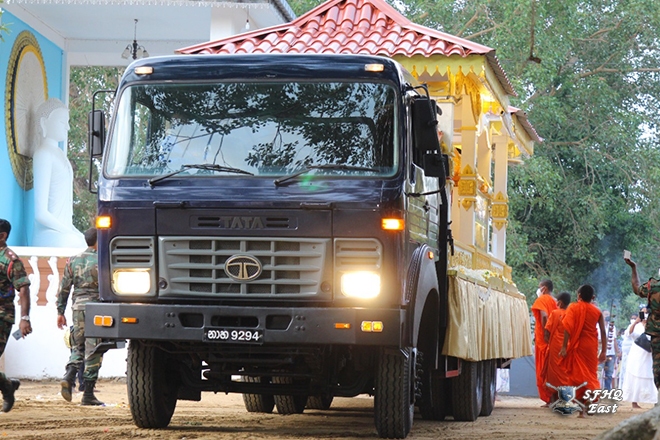 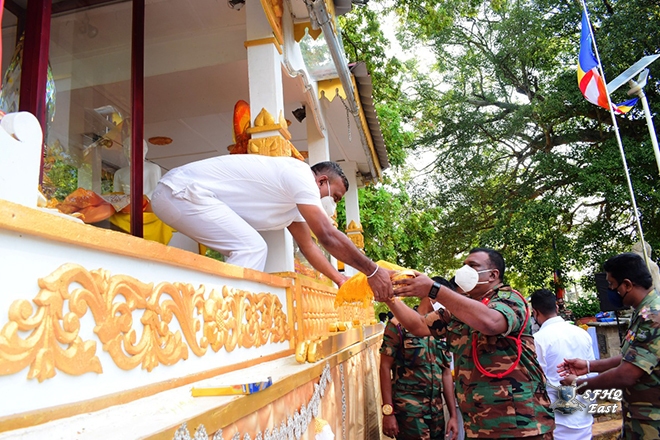 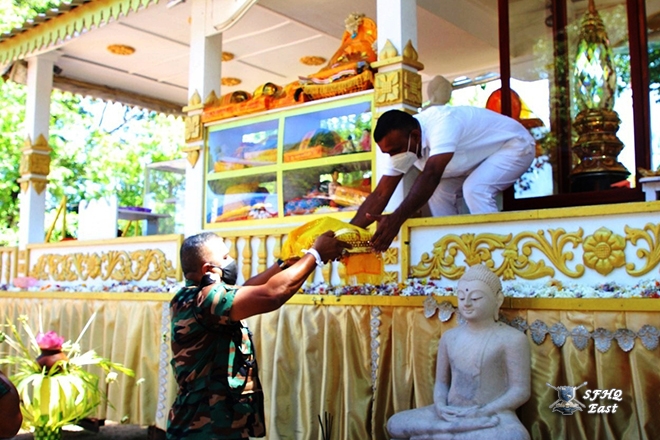 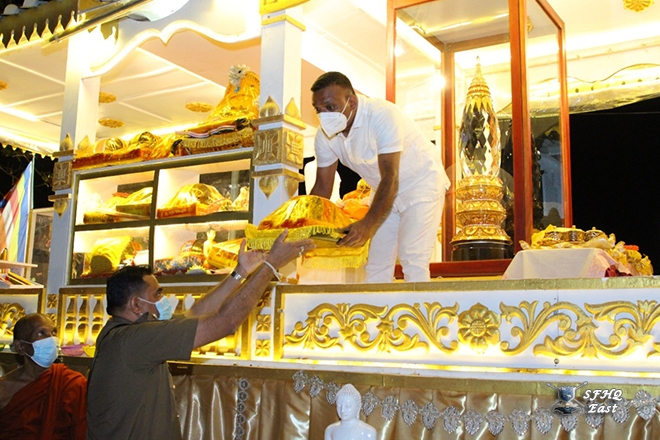 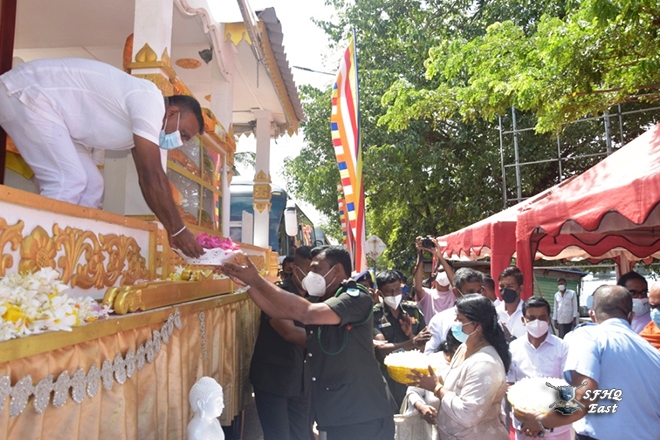 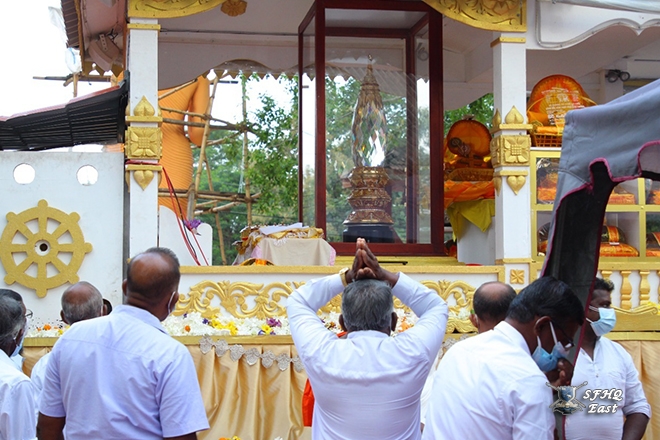 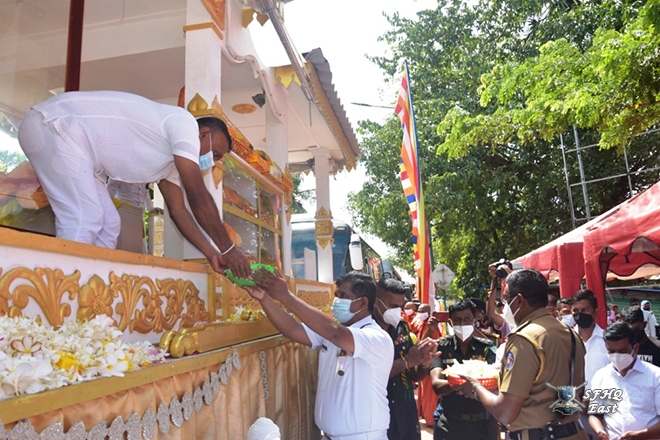 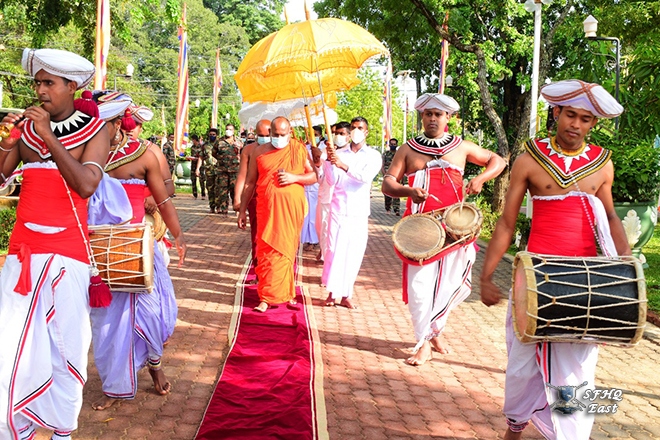 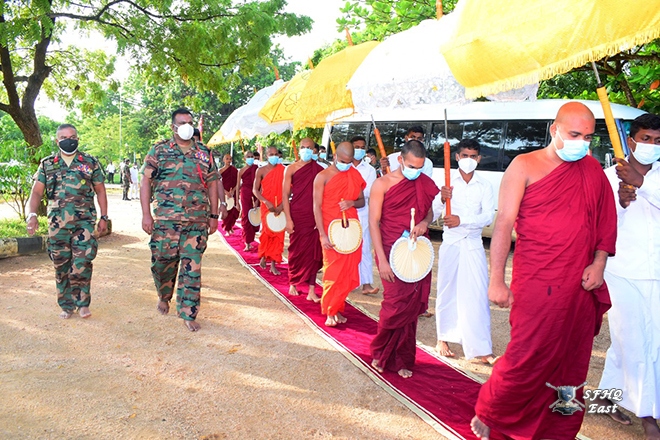