Major General C D Ranasinghe RWP RSP made his maiden visits to the under command Brigades on 31 October 2020, 01 and 02 November 2020 after assuming duties as the General Officer Commanding of 23 Infantry Division.

On the arrival at the Headquarters 231 Infantry Brigade, the visiting General Officer Commanding was received by the Commander 231 Infantry Brigade, Colonel SPG Gamage RWP RSP USP and subsequently, the GOC was briefed on the overview of deployment, threat perception and routine operations in 231 Infantry Brigade Area of Responsibility by the Brigade Commander and the Commanding Officers of the under command battalions. Later, the GOC made a visit to the COVID 19 Treatment Hospital Kattankudy, Thalankudah Quarantine Centre and Division southern boundary Periyakallar.

On the following day, the General Officer Commanding of 23 Infantry Division visited the 233 Infantry Brigade Vakarai where he was accorded with a warm reception by the Brigade Commander, Brigadier R Elvitigala USP. A formal presentation was then conducted by the Brigade commander & Commanding Officers of under command Battalions to brief the Operational Deployment of 233 Infantry Brigade.

The GOC visited the 232 Infantry Brigade, Thoppigala, on 02 November 2020. In line with the traditions and customs in the Army, he was warmly welcomed by the Commander 232 Infantry Brigade, Brigadier WSK Liyanawaduge RSP. Later, the GOC paid his thorough attention to the comprehensive briefing presented by the Brigade Commander in relevance to the operational and administrative tasks carried out by the Brigade. Subsequently, the visiting GOC addressed the Officers and Other Ranks at the lecture hall of 232 Brigade headquarters.

During the camp visits, GOC 23 Infantry Division planted saplings at respective locations to symbolize his visit and signed visitors’ books. 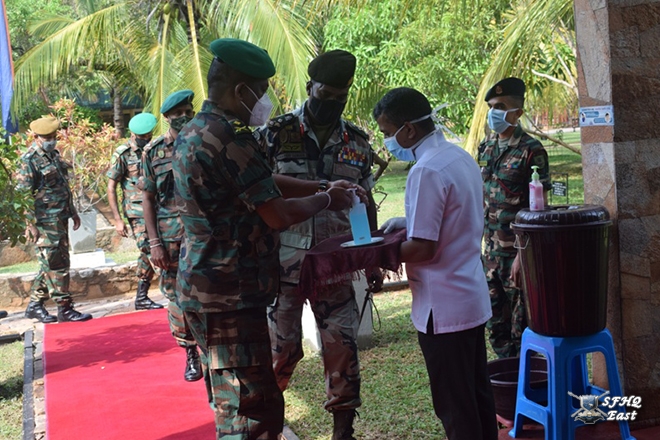 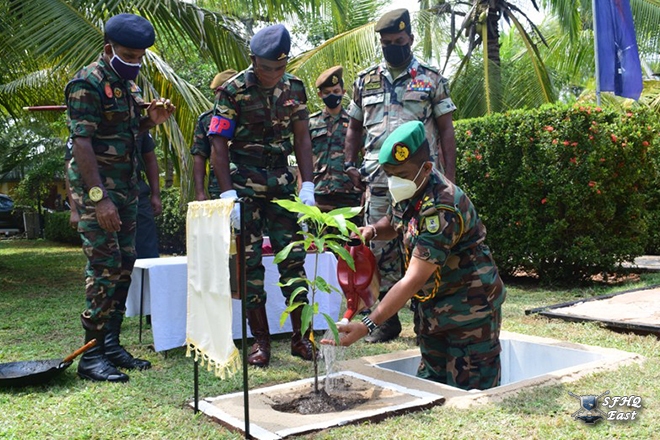 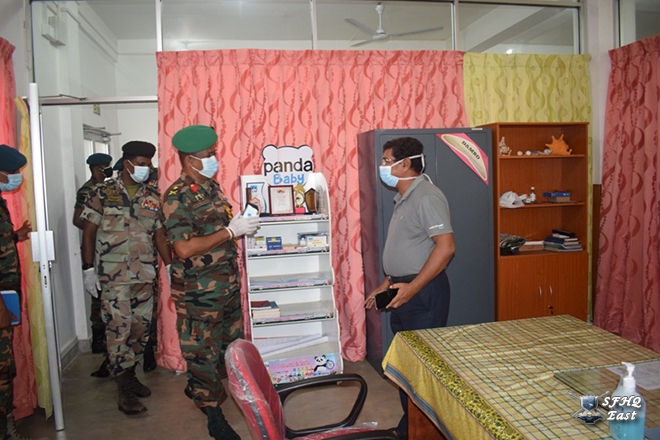 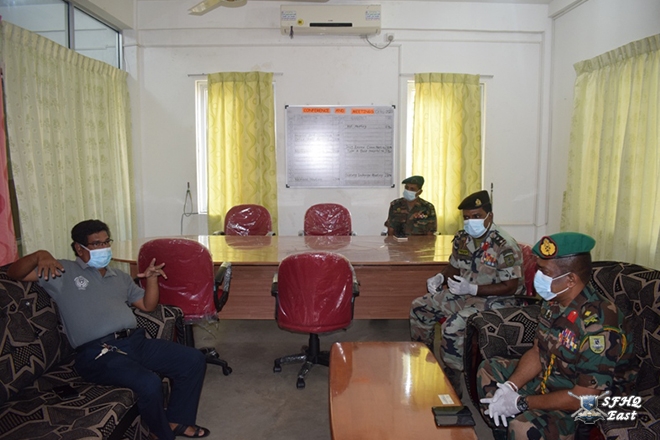 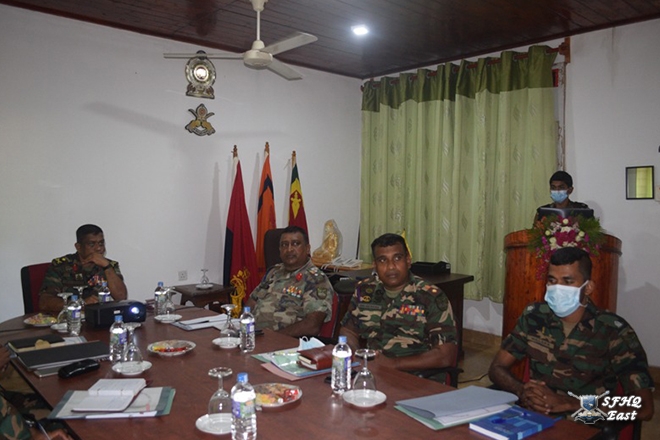 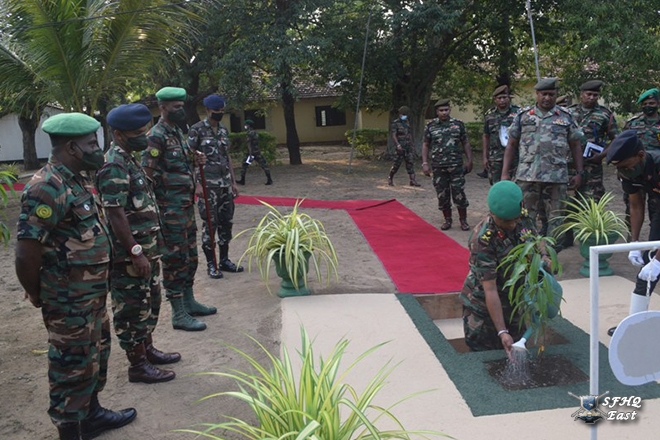 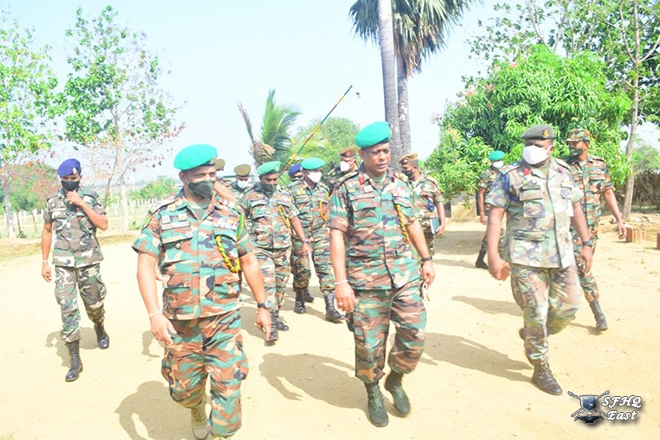 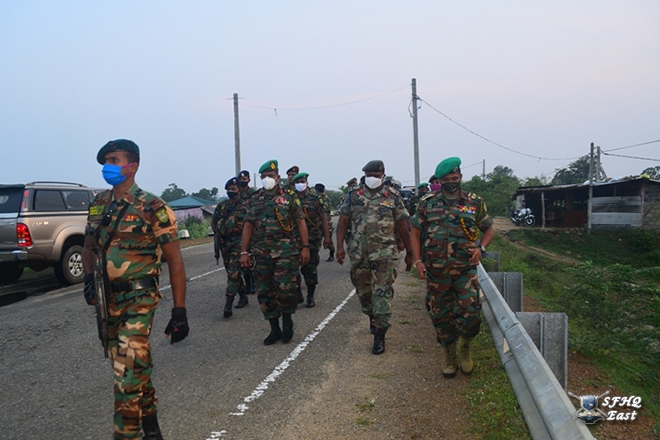 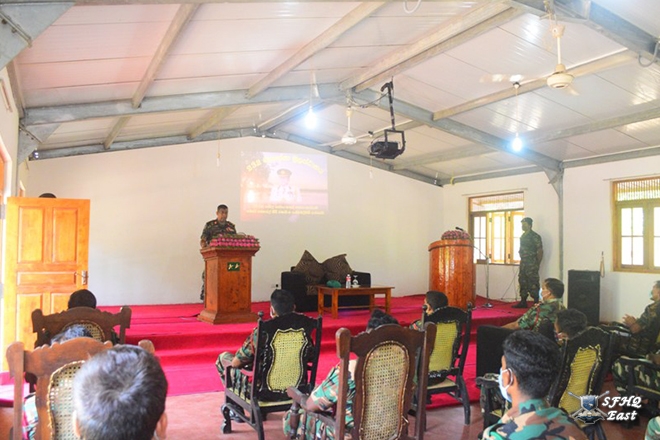 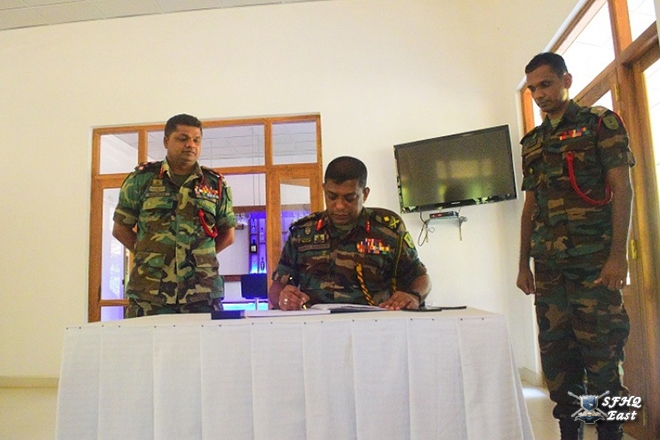