HELPLESS CIVILIAN IN SENGAMUWA GETS NEW HOUSE WITH ARMY HELP

The project was brought to completion by the troops under the supervision of the Second In Command, Major Dilum Wijethilaka before it was ceremonially vested in the beneficiary, Mr P Sanmugan, No 02 Viktorwaththa, Sengamuwa, Pothuvil on Tuesday (19) after his plight was brought to the notice of the troops by social service activists in the area. 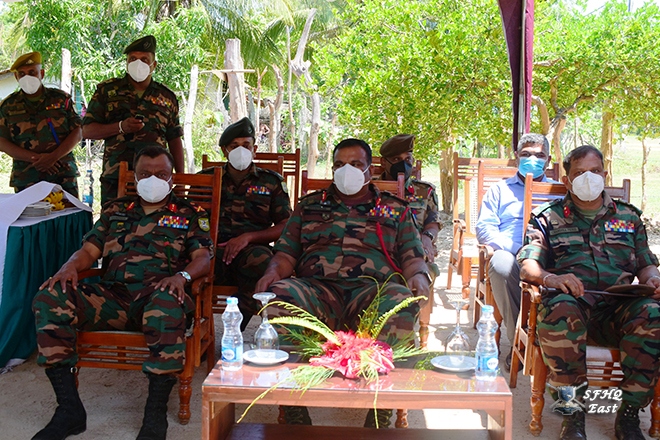 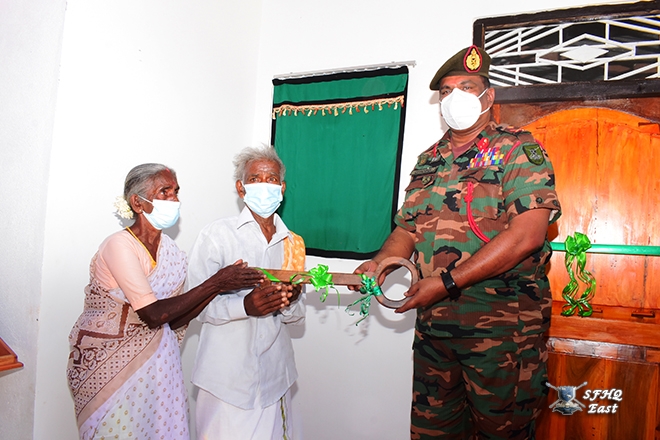 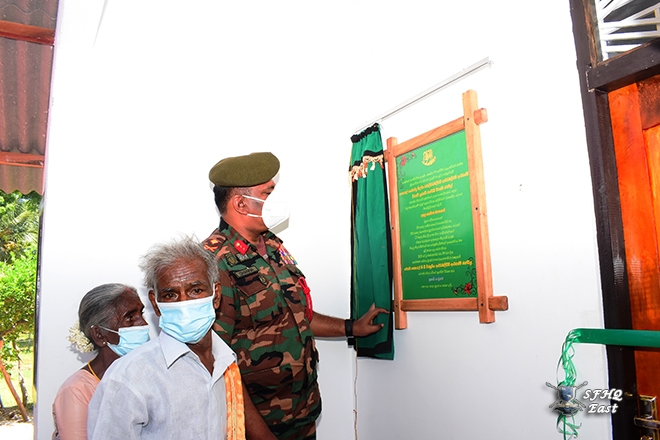 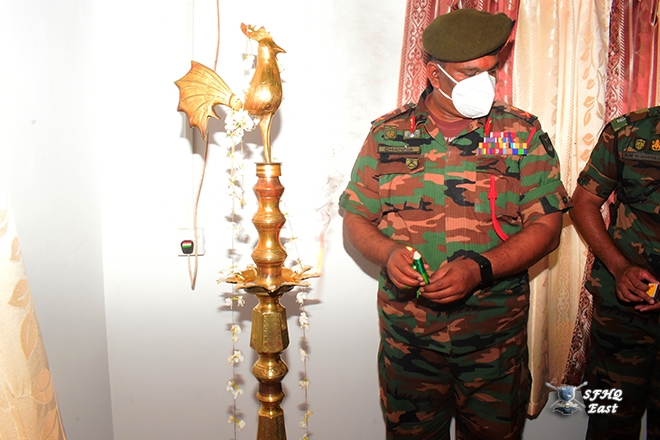 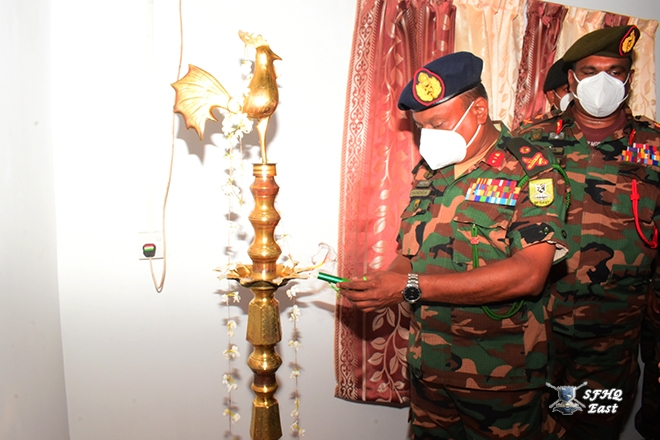 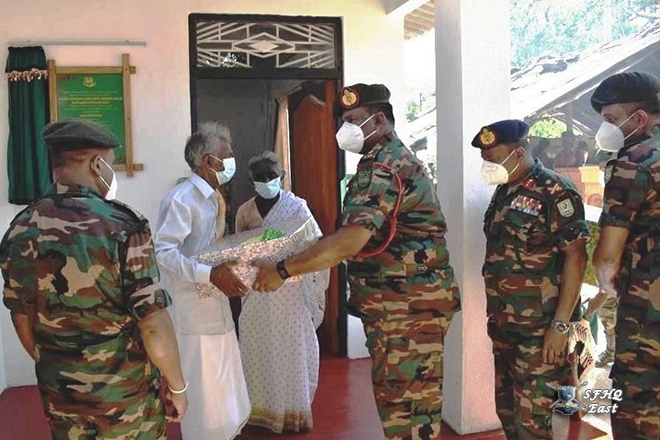 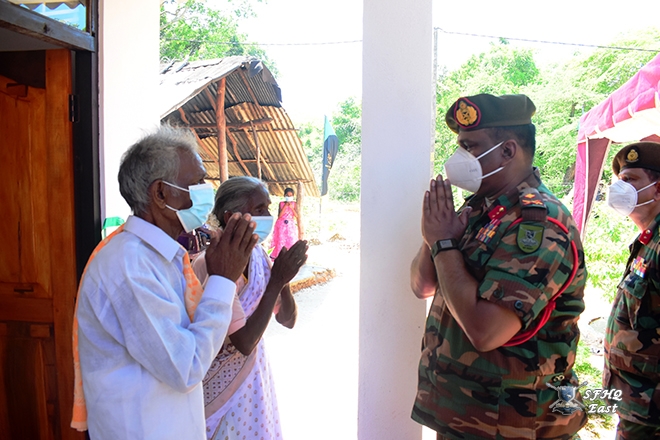 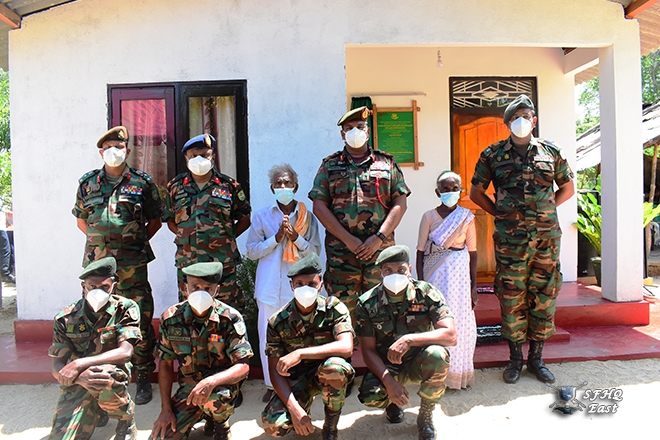 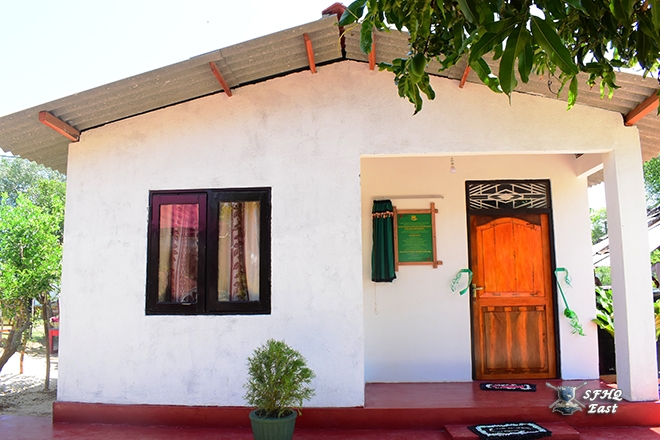