The two houses constructed by Army troops with the sponsorship provided by civil organizations and businessmen of the areawere vested in the families of Mr. K Nagaraja of Periyaneelawanei and Mrs. Kunarethanan Seetha who were living in Ampara area under economic hardships.

Constructions of the houses were undertaken by the troops of 3 (V) Vijayabahu Infantry Regimentand 11 Sri Lanka National Guard under Command to 241 Infantry Brigade with the supervision of General Officer Commanding – 24 Infantry Division Major General Chaminda Lamahewa. The new houses comprised of all facilities such as sitting area, dining room, bedrooms, washroom, kitchen etc. were handed over along with essential household items, electric appliances and furniture on the same occasion. 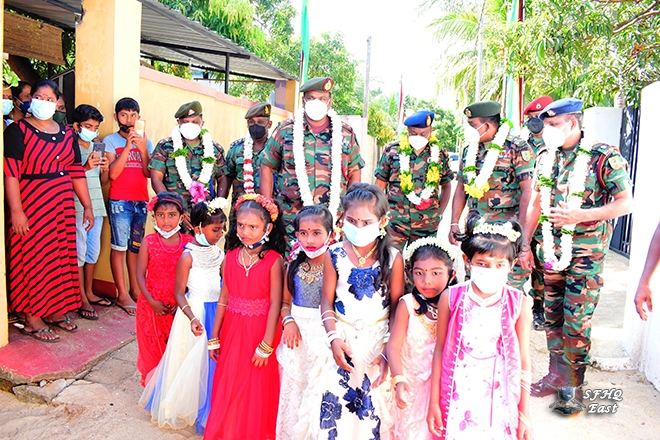 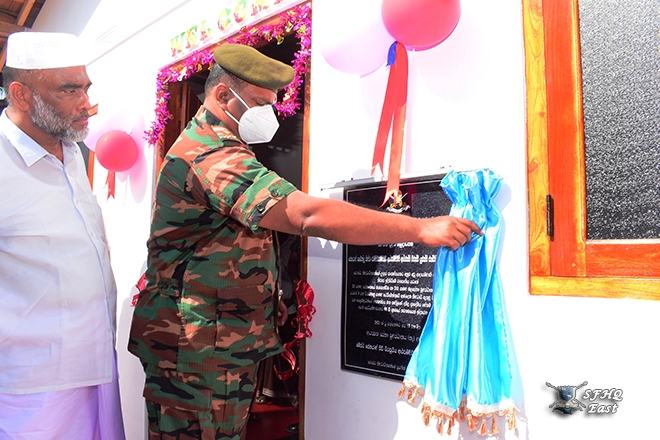 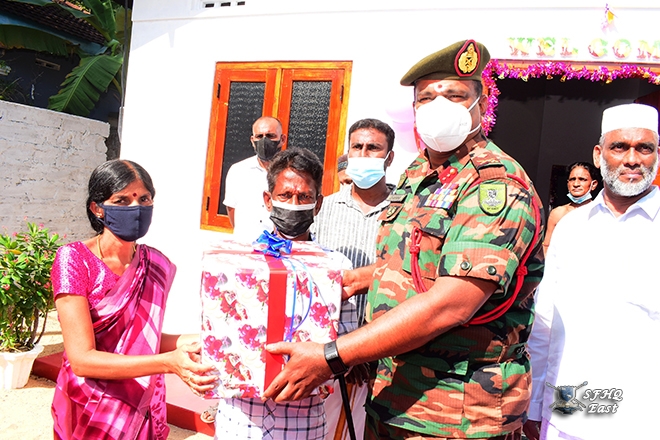 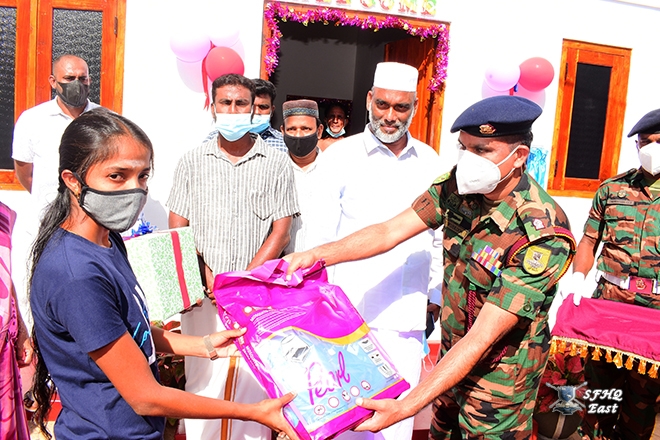 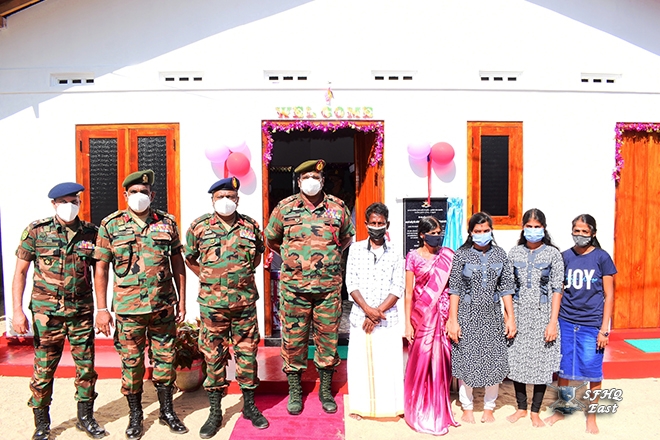 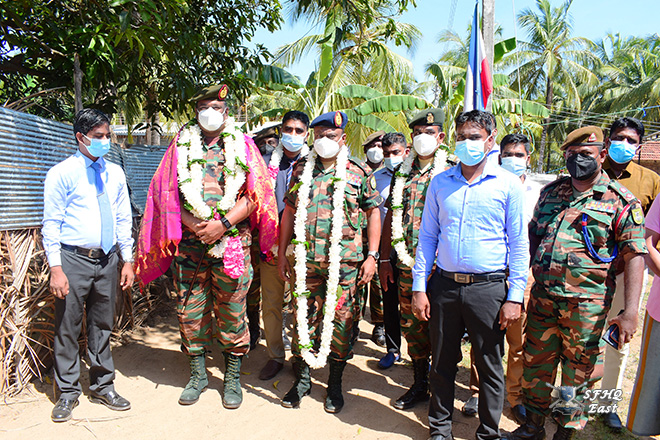 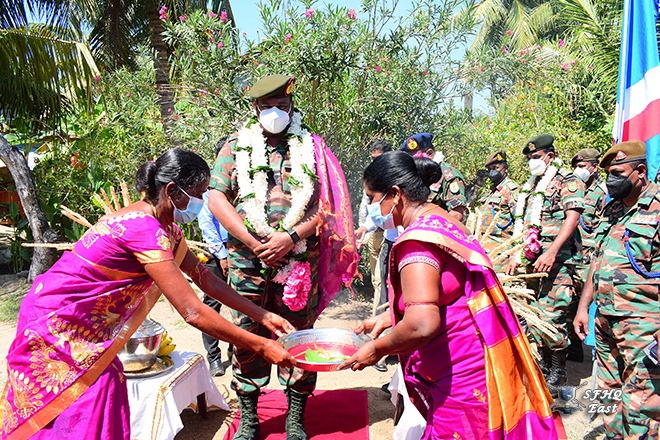 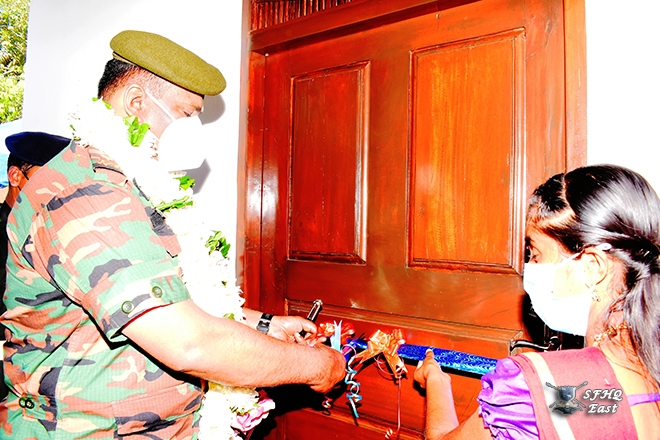 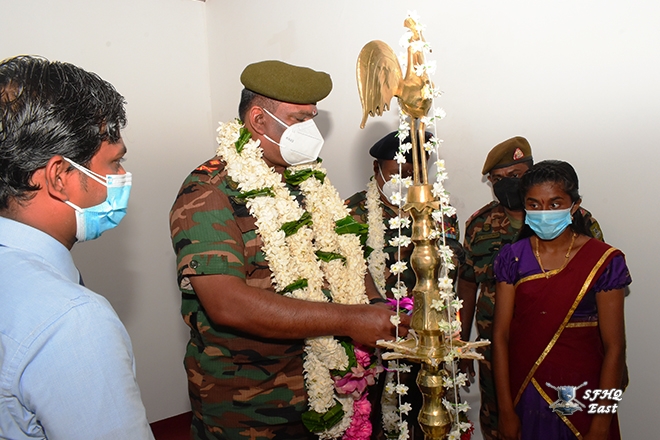 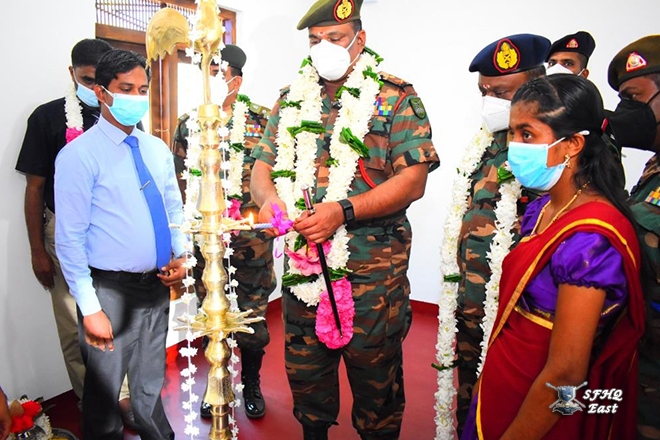 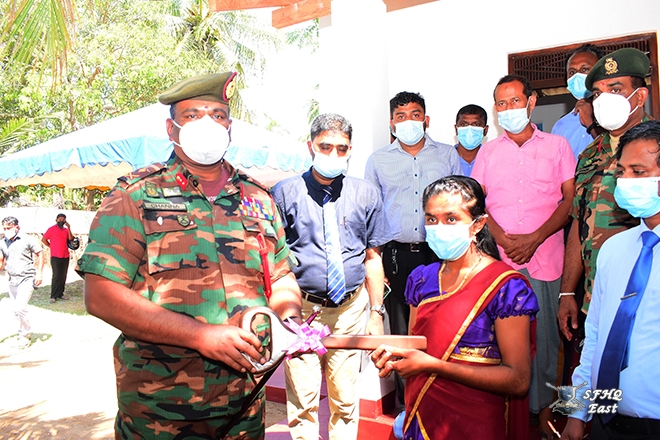 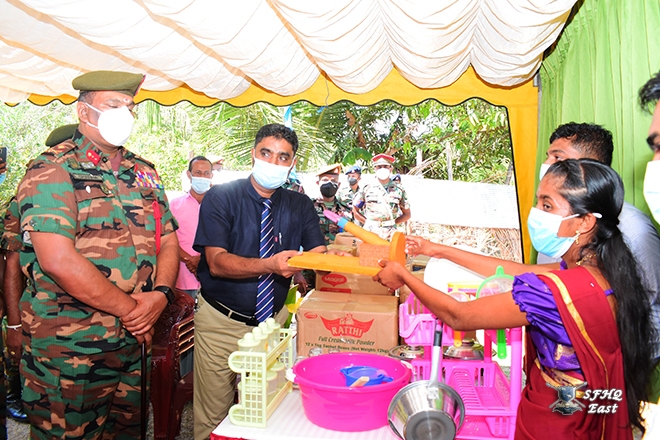 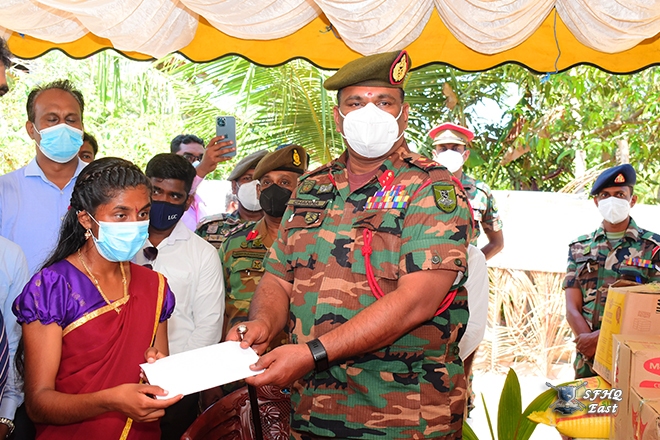 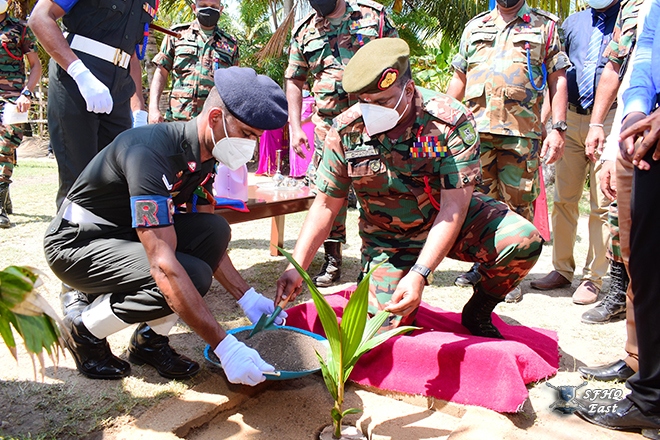