The Commander was honoured in a Guard Turnout at the Headquarters of the FMA (E) and invited to plant a sapling in the camp premises by the Commander, Forward Maintenance Area (East) Brigadier Mahesh Abeyrathna. Thereafter a briefing on the role and tasks of logistic battalions was conducted by respective Battalion Commanders before he undertook a camp visit. 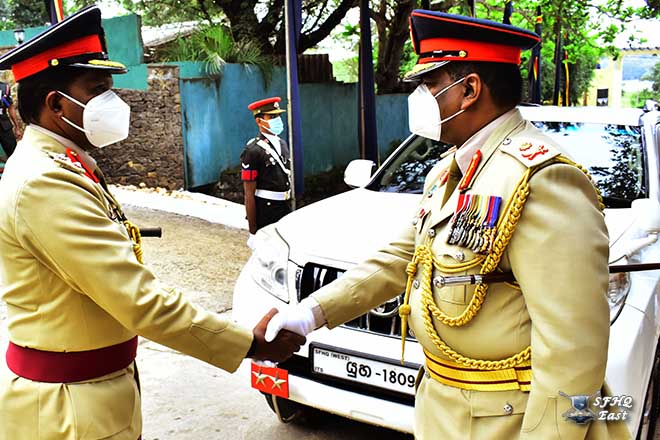 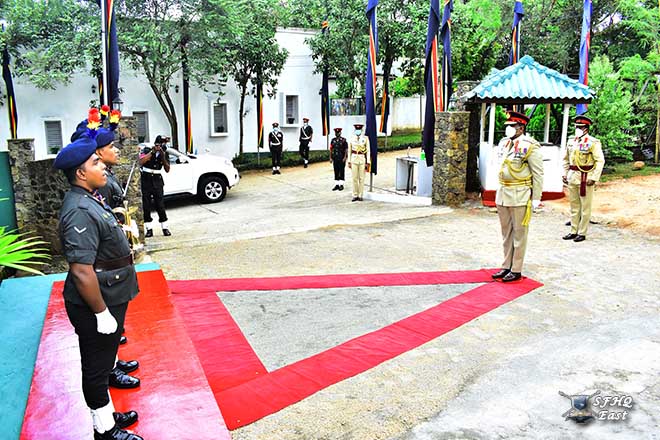 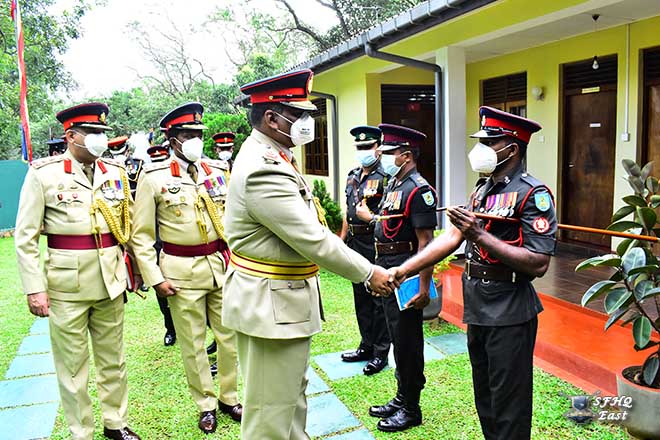 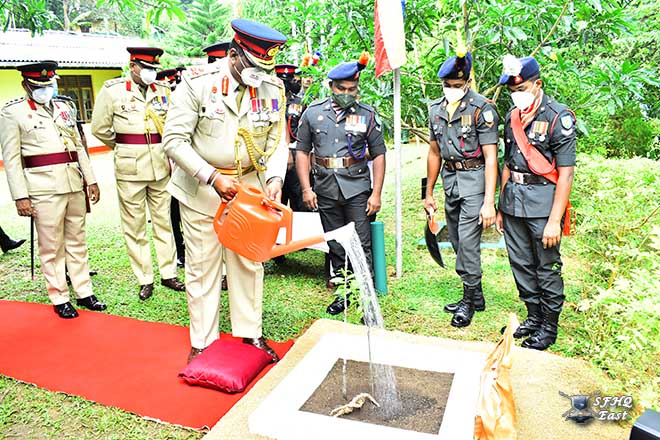 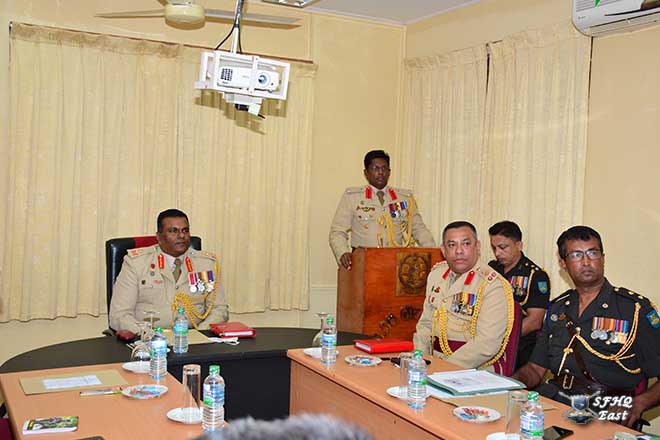 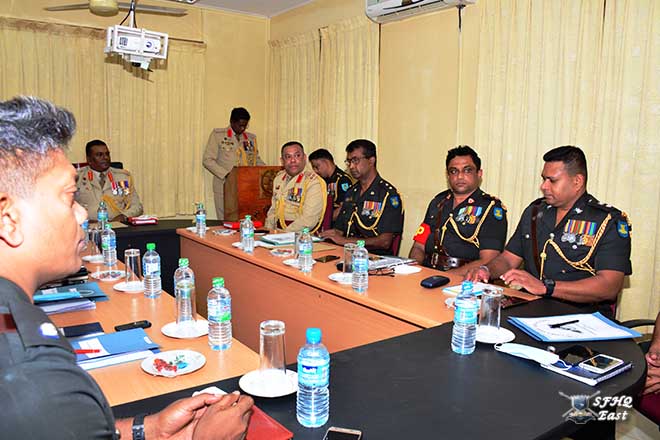 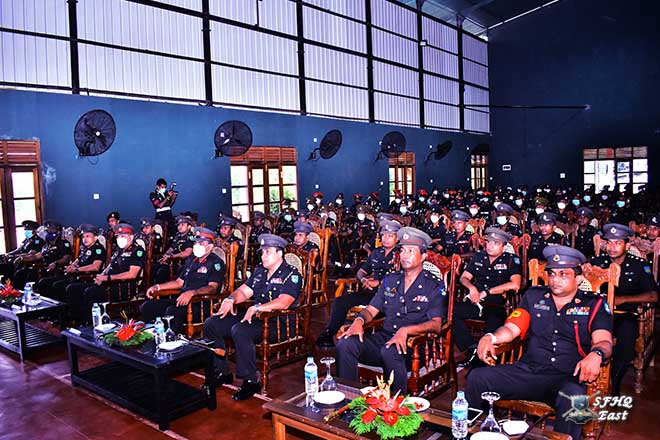 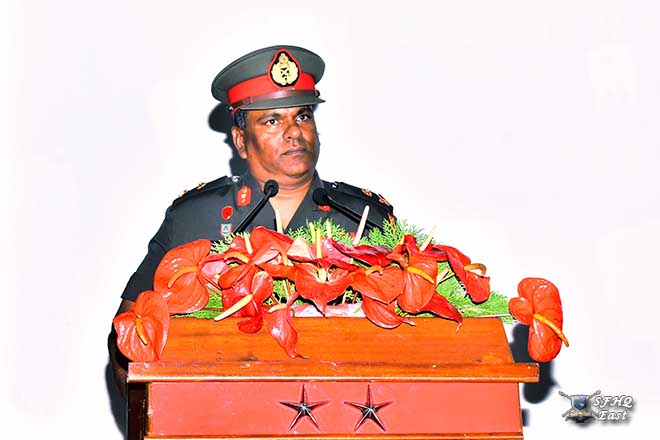 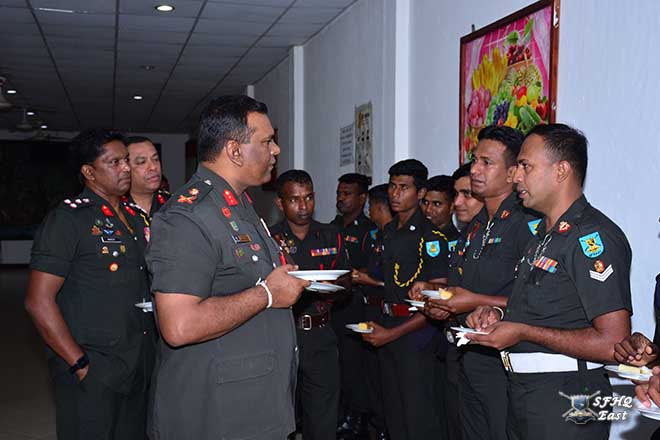 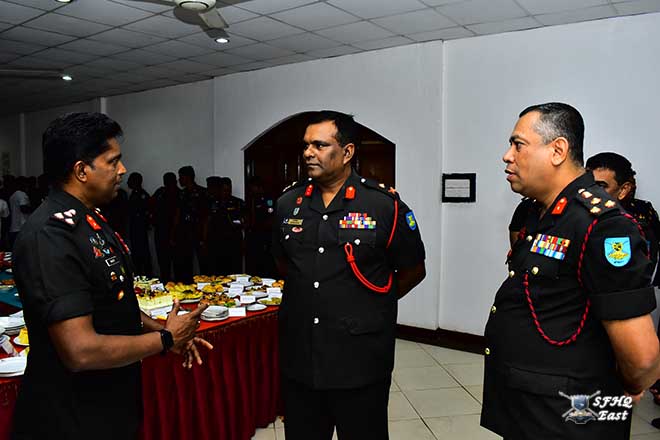 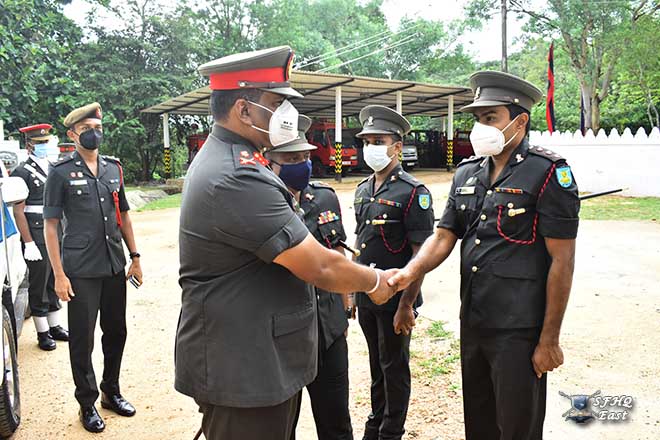 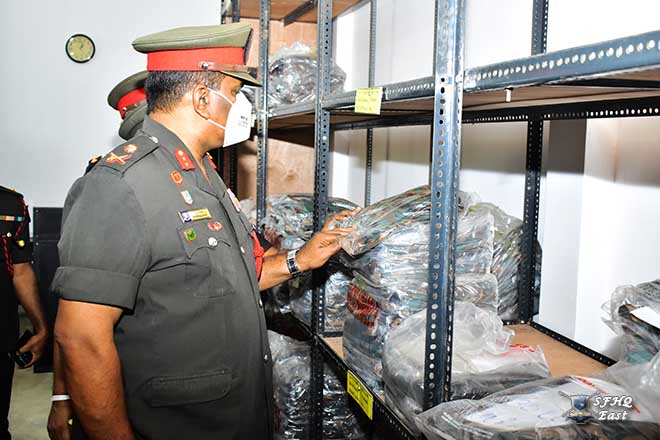