380 RECRUITS PASSED OUT IN AN ELEENT SPECTACLE

Major General Channa Weerasuriya, Commander Security Force (East) received the salute of the passing out parade as the Chief Guest.

Private Rathnayaka RPP received the trophy for the Best Shooter and the award of Fittest Recruit was clinched by Private Gunarathna KRM. Private Lakshan KGAS was nominated as the Best Recruit achieving the highest aggregate marks during the training.

Senior officers, officers and other ranks participated in the ceremony. 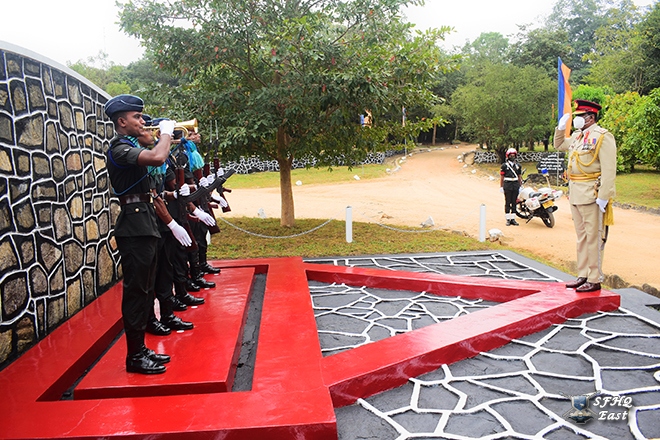 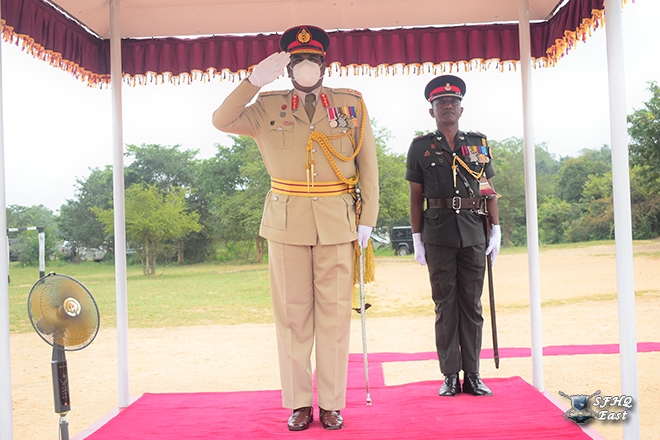 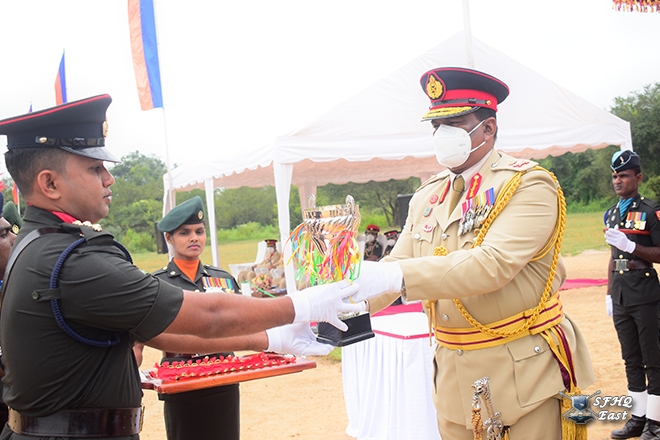 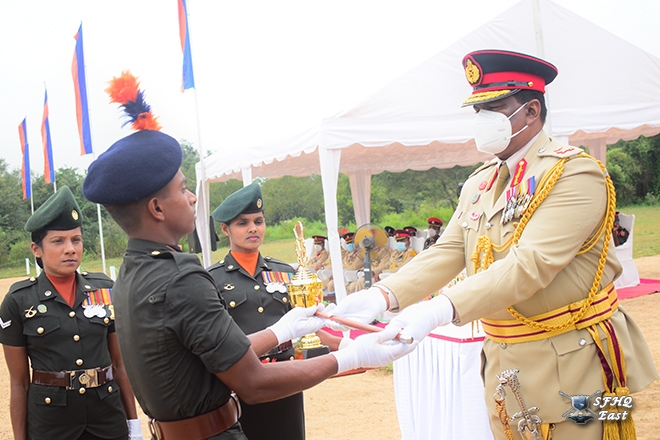