Colonel WBJK Wimalaratne RWP RSP of the Gemunu Watch assumed office as the 5th Commander of the 241 Brigade on Thursday (16) amid religious observances and military formalities at the Headquarters, 241 Brigade Akkaraipattu.

A Guard Turnout, presented by 3 (V) VIR troops saluted the newly appointed 241 assuming Brigade Commander on arrival at the Brigade Headquarters in conformity with military traditions.

As a token of memory, the new assuming Brigade Commander planted a sapling in the 241 Brigade Headquarter premises.

A subsequent Pirith chanting afterwards blessed the office of the new Brigade Commander as he placed his signature for an official document to signify the assuming of the new office.

Commanding Officers of 3(V) VIR, 11 SLNG, 16 SLNG and Staff Officers of the 241 Brigades were present during the occasion. 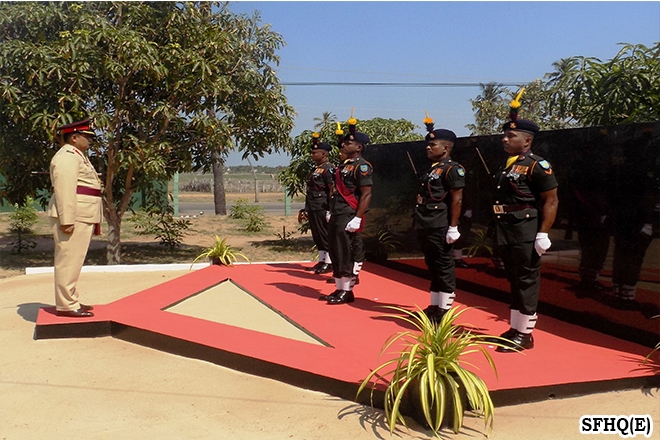 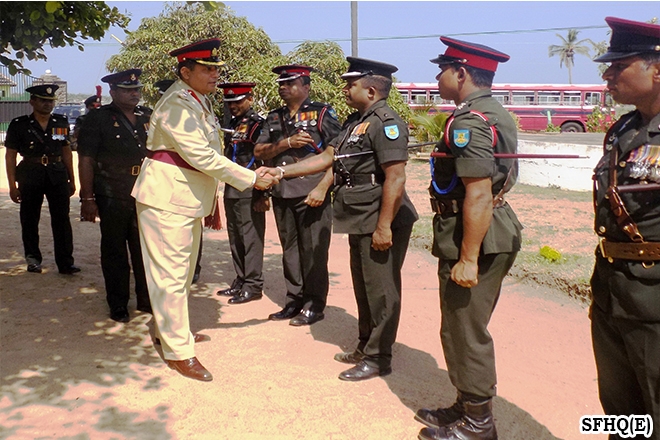 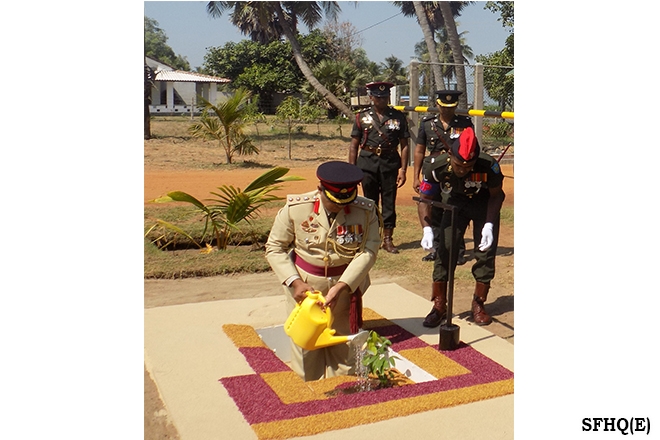 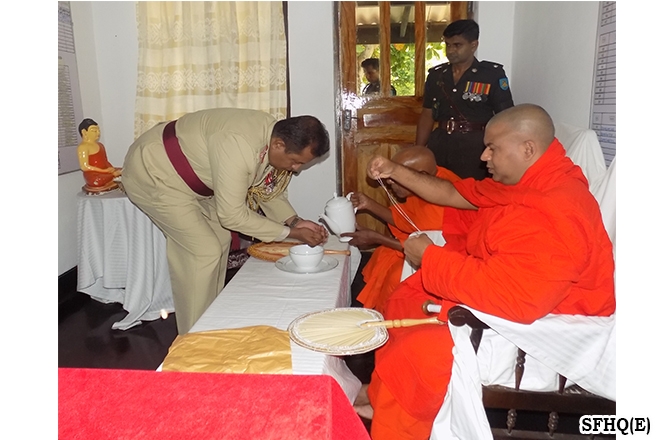 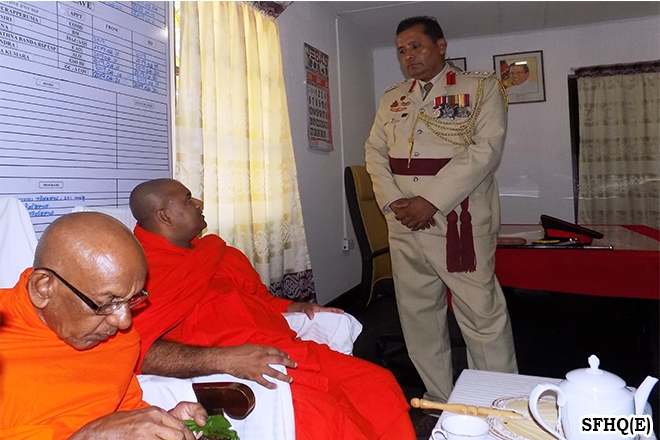 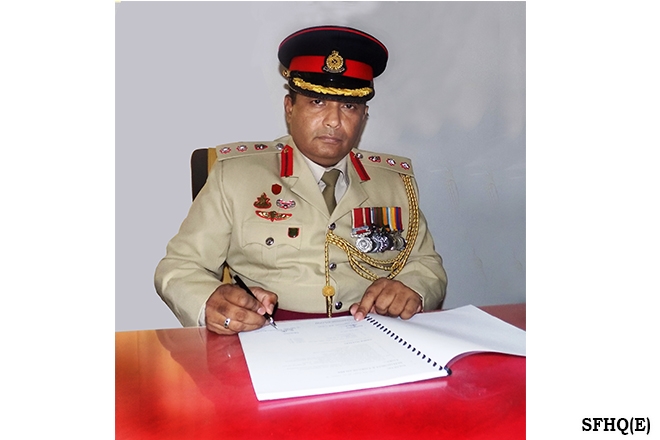