The Commander Security Force - East Major General Channa Weerasuriya and General Officer Commanding 24 Infantry Division Major General Chaminda Lamahewa sat together with Islamic religious leaders and Islamic community of Sainthamarudu-Kalmunai to perform the ‘Iftar’ ritual, the breaking of fast at sunset on Friday (16). In accordance with the guidance of the Commander Security Force (East), this forum was an initiative to strengthen the understanding of the Islamic community on the Army consequent to the dreadful recollections of the Easter Sunday and Sahindamarthu incidents.

The Commander Security Force - East graced the event as the Chief Guest where the members of Federation of Mosque - Ampara district (Maradamunai, Kalmunai, Sahindamarudu, Nindaur, Addalachchanai, Akkaraipattu, Potuvil, Samanthurai), Moulavies and members of Kalmunai- Traders' Association were in attendance.

After prayers for breaking of the fast 'Iftar', the Commander Security Force (East) and the gathering partook of refreshments and symbolized the practice of the ritual. 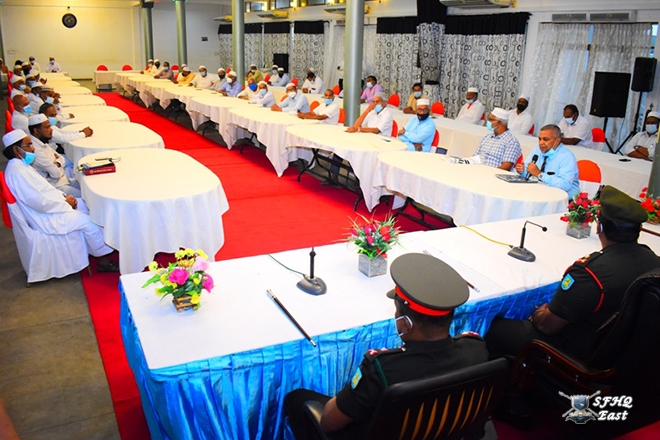 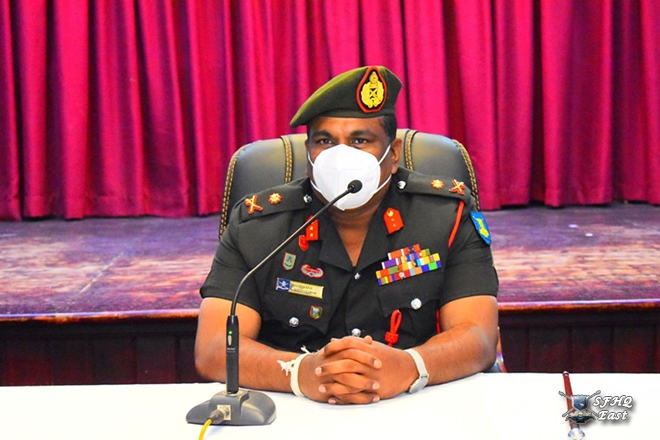 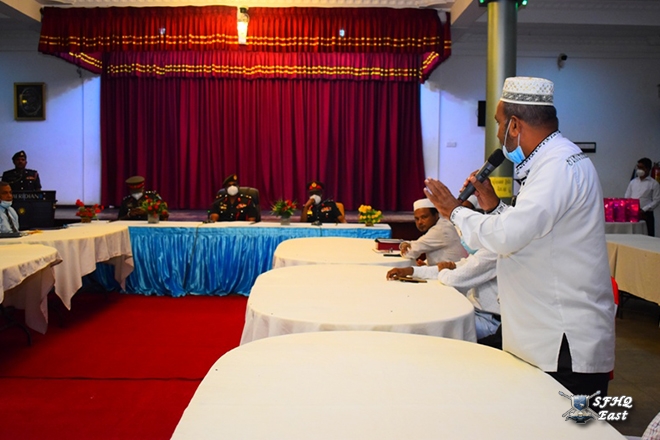 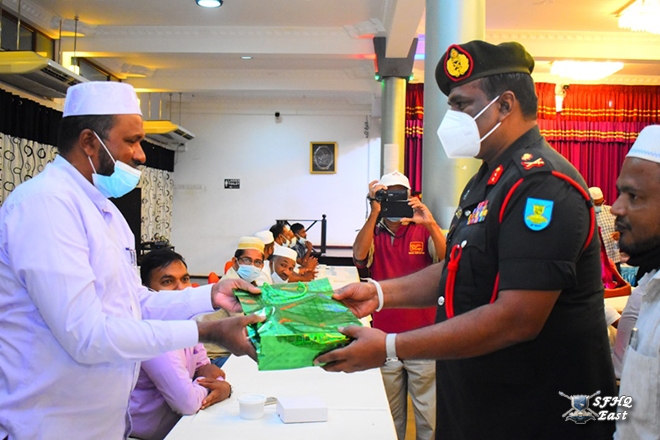