To coincide with the 72nd Army Anniversary, the troops of 9th Field Regiment of Sri Lanka Artillery and 6th Gajaba Regiment under command to the 233 Infantry Brigade of 23 Infantry Division gave their fullest support to conduct a blood donation campaign in close co-operation with Medical Officers of Ampara and Polonnaruwa Hospitals on Monday (12) at Prathiba Hall –Manampitiya.

More than 200 officers and other ranks, serving in under command Battalions of Security Force -East (SFHQ-E) and the 233 Infantry Brigade volunteered to donate blood to mark the Army Anniversary. 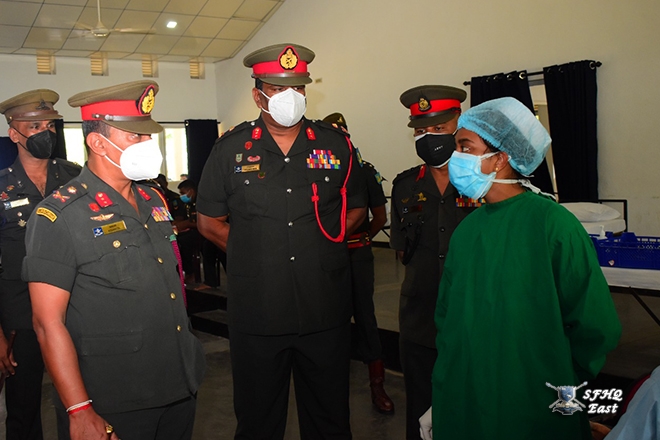 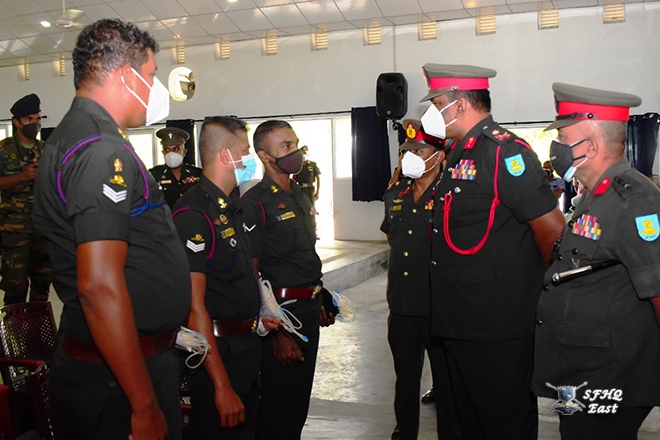 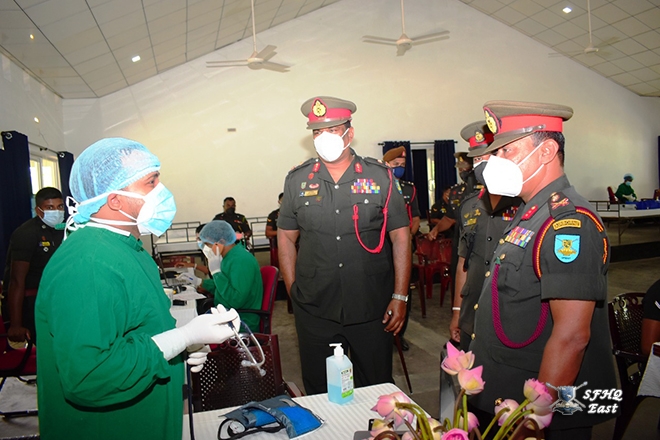 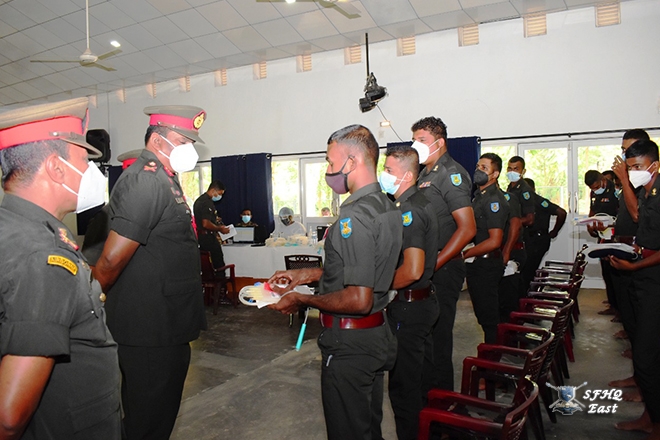 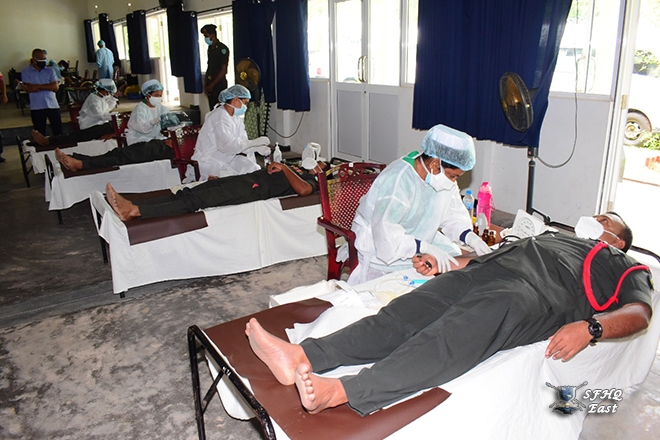 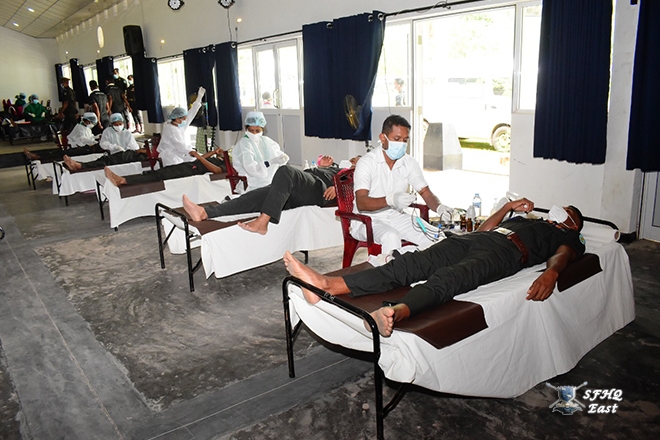 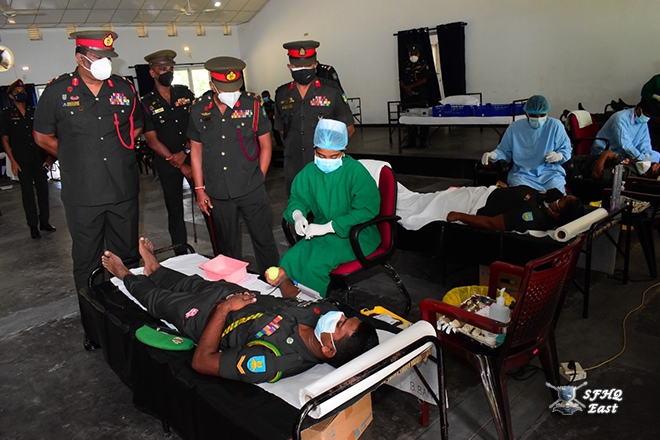