On 15 evening, Colonel Commandant was warmly welcomed by the Commanding Officer Lieutenant Colonel AAT Somaratne USP on behalf of Officers and Other Ranks of 2(V) SLSC. Initially, Colonel Commandant addressed all troops and during his speech, he highlighted the importance of maintaining the discipline of the soldiers while performing duties entrusted to their respective ranks.

Then, the programme was followed by planting a sapling in front of the Headquarter Complex to mark his visit. Thereafter, he posed for a group photograph before joining with the all ranks tea arranged to culminate the day's proceedings.

As per the event lineup on 16th morning, Colonel Commandant was traditionally awarded a ceremonial Guard Turnout. Then he was accompanied by the Commanding Officer to the newly renovated Officers’ Mess in order to pen his congratulatory note in visitors' book to mark his remarkable visit. 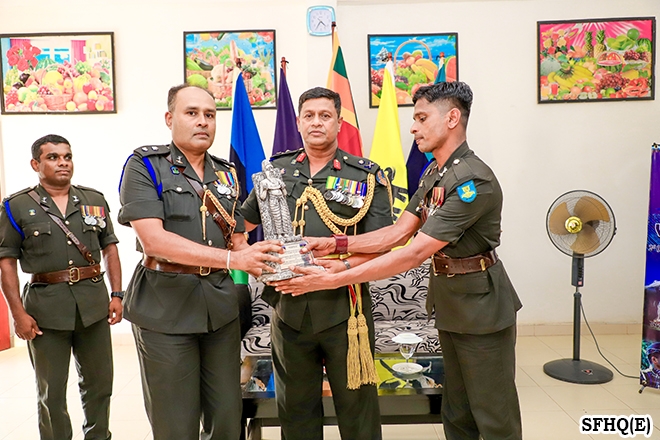 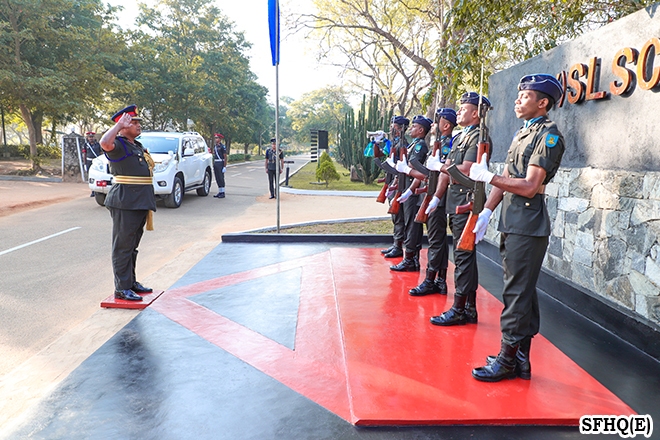 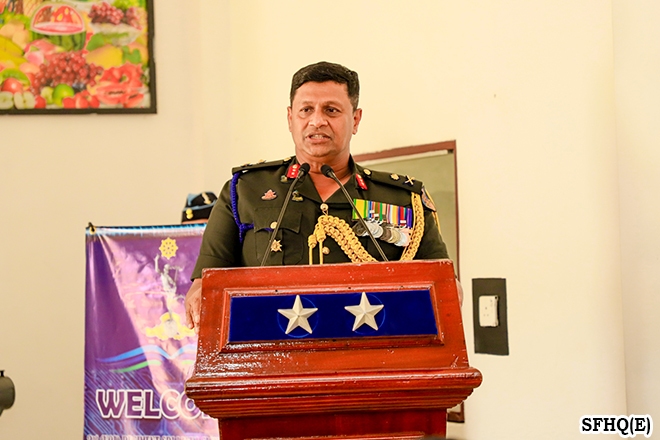 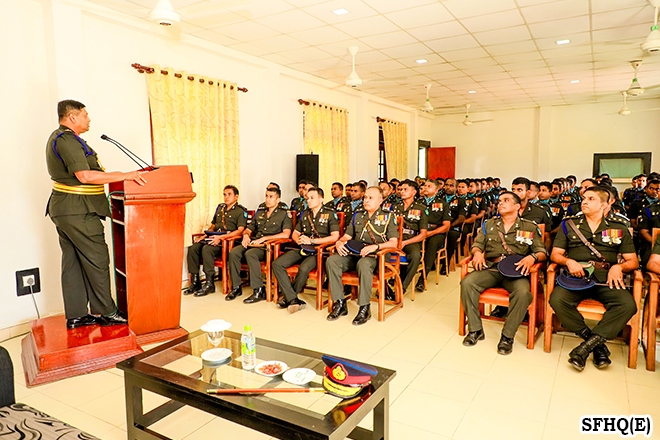 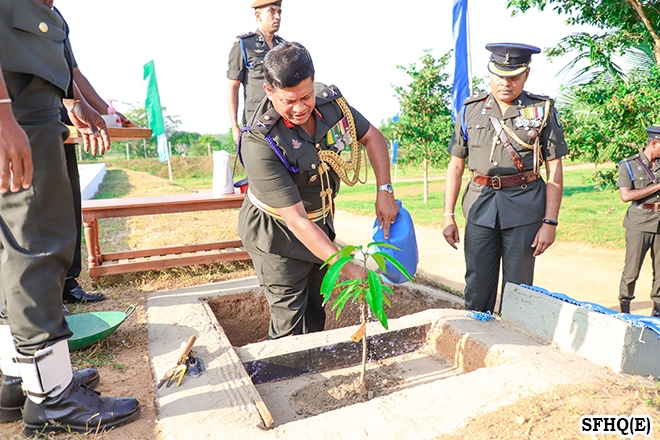 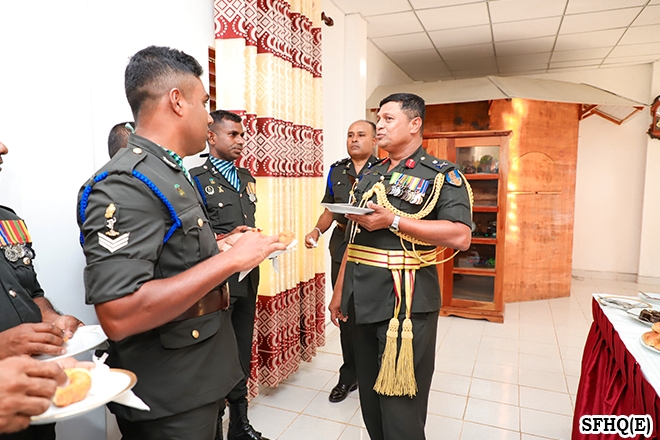 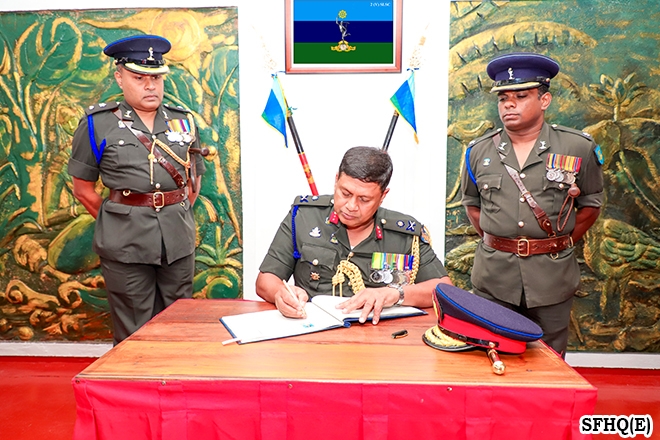 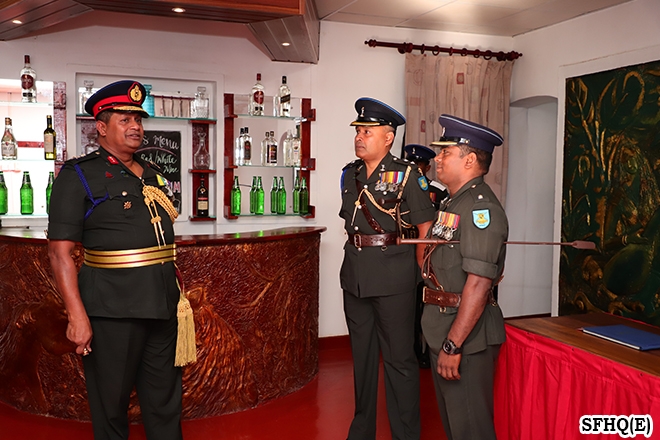 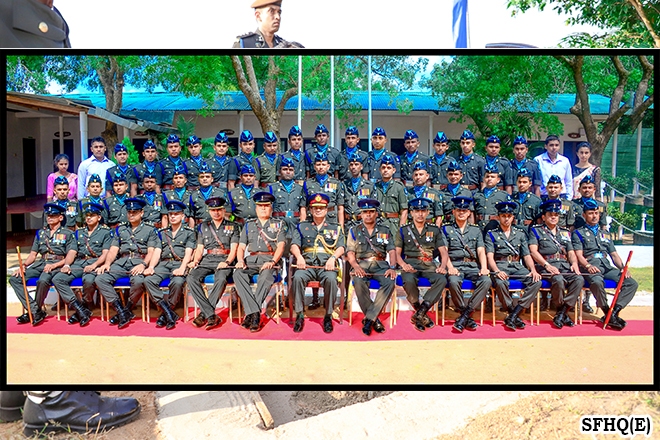