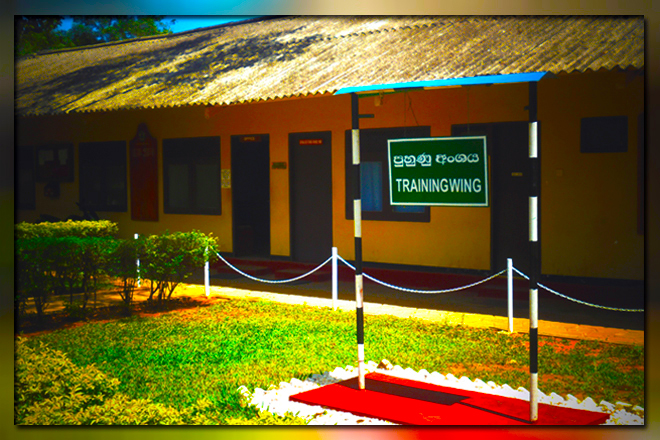 The Training Wing of Gajaba regiment was established on 1st June 1989 at its headquarters to enlist and train new candidates to successfully face the war situation that arose in 1989. This was initiated under the guidance of the Commanding Officer Brigadier WIVKM Wimalarathne RWP RSP psc. The first recruit training course NO - 01 regular members commenced in 24 June 1989. There were 304 recruits participated at this training course and passed out on 26 August 1989 after the successful completion of training.

The first training course for voluntary soldiers commenced on 5 September 1989 with 316 members and the passing out parade was held on 15 October 1989. Later, many new courses to be followed were added by the training wing apart from the recruit training courses. Presently, the training wing consists of a firing range, a complete indoor stadium, parade square, two large sports grounds, a swimming pool and an auditorium.

Courses Conducted by the Training Wing

All recruits were under gone following training schedule with