The decoration ceremony of the 3rd Sri Lankan contingent took place at the MINUSMA Gao Super Camp on Friday 11 February 2022. The occasion was graced by Mr. El Ghassim WANE, Special Representative of the UN Secretary-General (SRSG) as the chairman. Other dignitaries present were Mr Mohamed SOUEF, Gao Head of Office, and Colonel Mikheal Emad ALFONS, Deputy Sector East Commander. The ceremony was marked by Speeches from the SRSG and Commander of the 3rd Sri Lankan Contingent and was followed by presentation of decorations to the peacekeepers during the military parade.

The SRSG in his speech commended the peacekeepers for their dedication, determination, professionalism, and contribution to the protection of civilians and the implementation of MINUSMA's mandate. A portion of his speech exalting the gallant peacekeeper reads “Since your deployment last year, you have carried out nine convoys. You have never declined to conduct a task and shown readiness to face any challenge. Let me mention here, Operation NORTHERN GATE - which was a reconnaissance mission of the route between Tessalit and the border of Algeria. This operation, as you know, is part of MINUSMA’s efforts to diversify its supply routes and reduce the security risk confronting our peacekeepers. As some of you are aware, I followed the operation very closely as we waded into unchartered territory, and I thank you for the bravery and professionalism with which you conducted this task”.

The Commander of the Sri Lankan contingent in his speech spoke about the operations of his contingent and expressed his heartfelt appreciations to all Sector East Staff and other contingents such as BANBAT and BANSIG for their collaboration and coordination in the execution of their missions. Portion of his speech to acknowledge the good will of the leadership of MINUSMA for their achievements reads “I take this opportunity to pay our heartfelt gratitude to the distinguished SRSG, Head of Office of Gao and the SE Commander for their guidance and support rendered for the success of our mission in MINUSMA”.

At the end, 242 Sri Lankan soldiers had the honor of receiving their decoration from the SRSG, the Gao Head of Office and the Deputy of SE Commander. After the parade, the special Guest of honor the SRSG, dignitaries and all invited personnel were treated to some cocktail party followed by a group photograph. 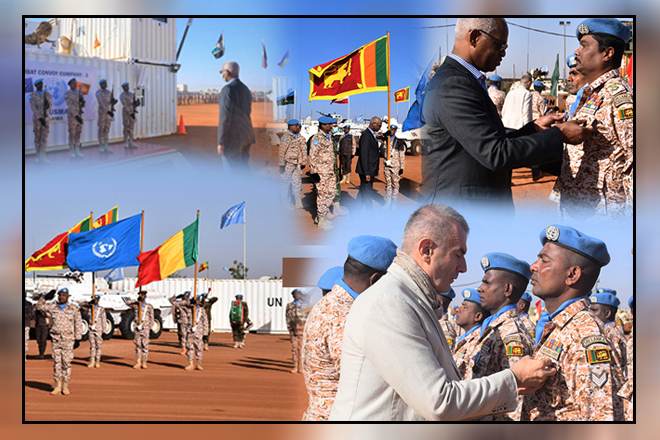 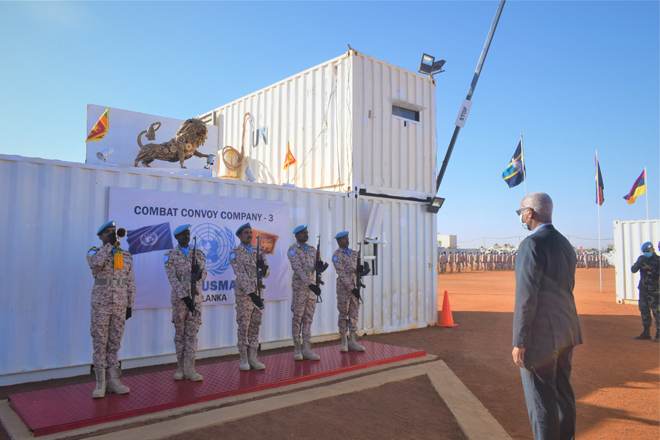 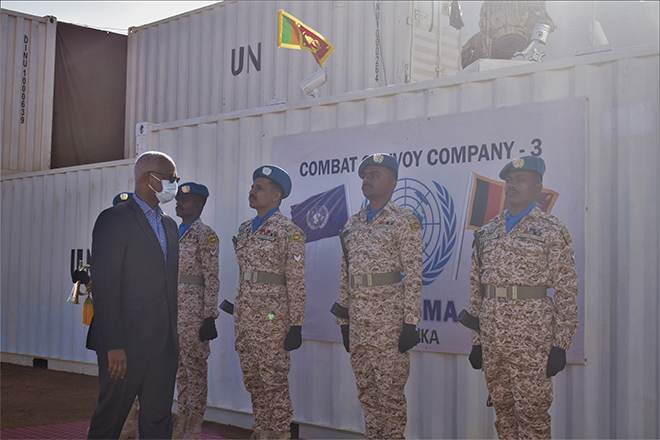 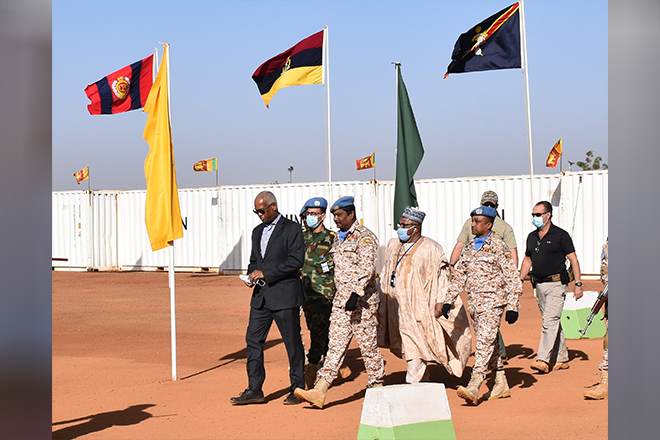 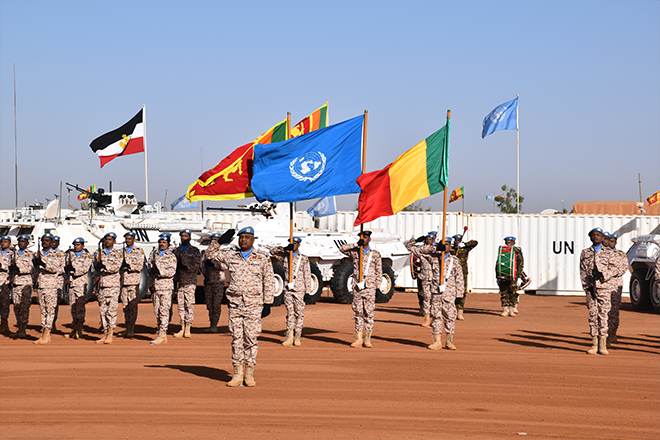 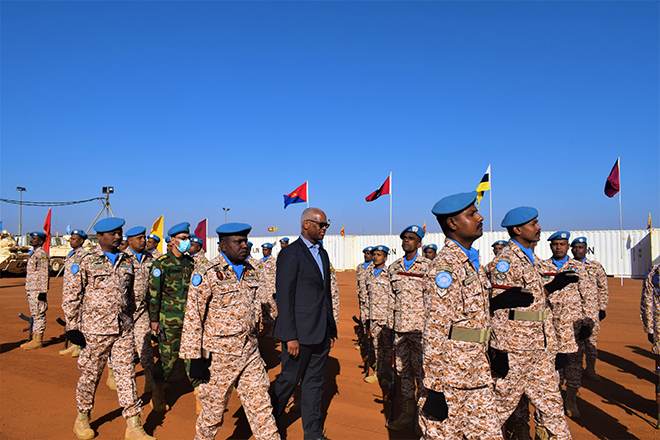 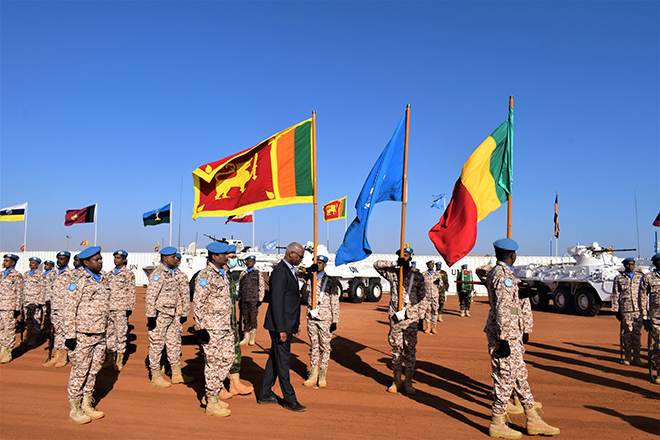 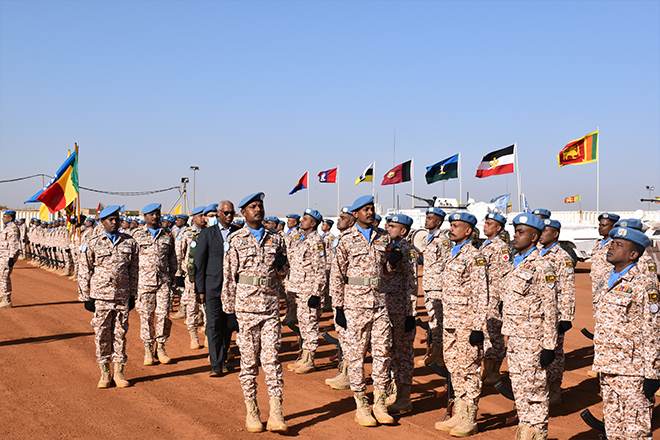 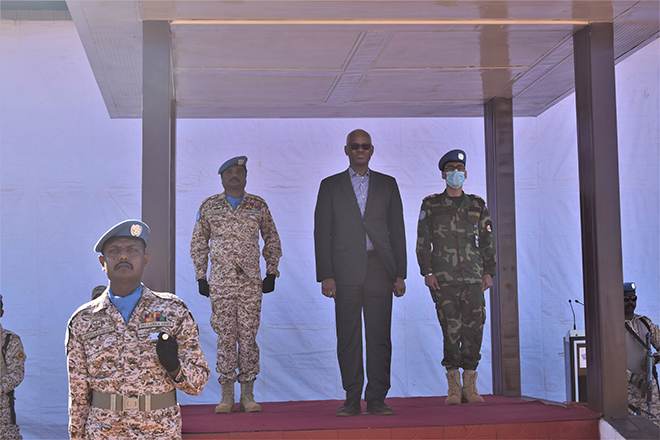 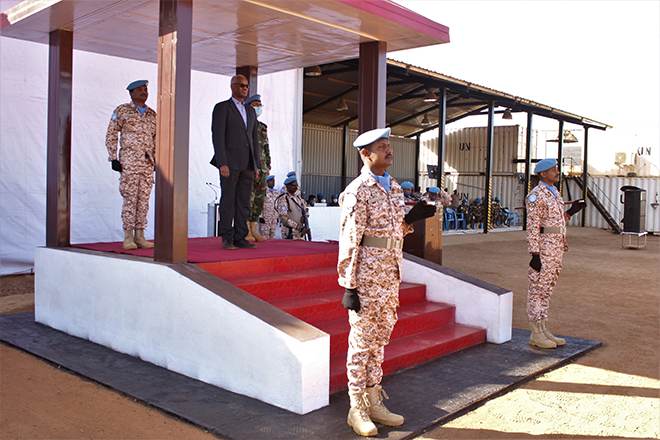 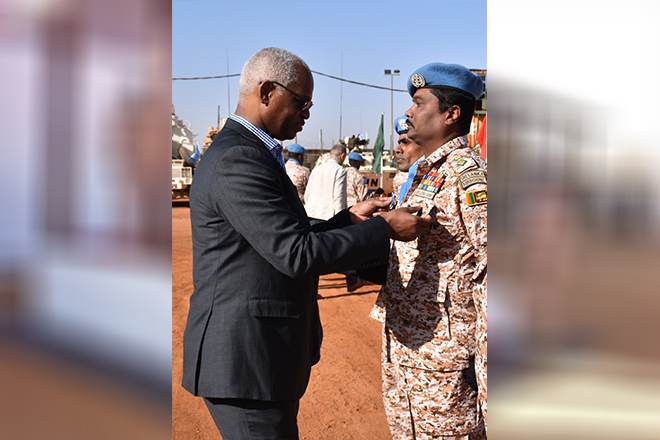 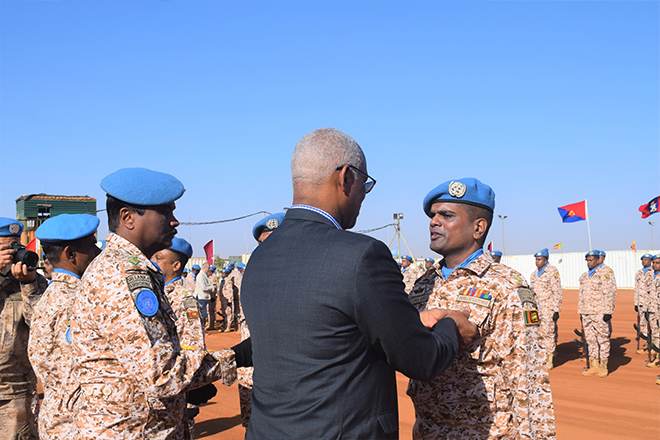 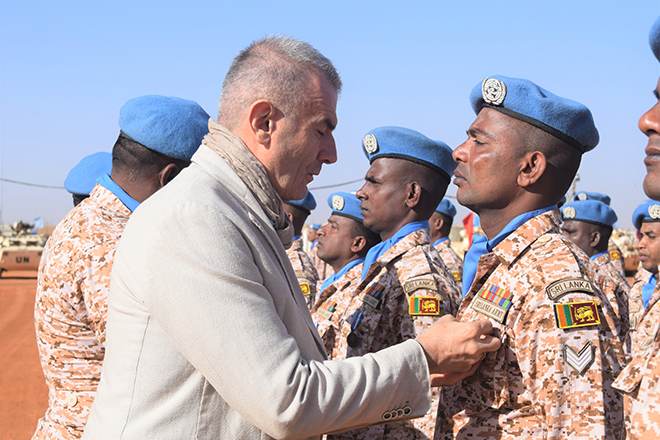 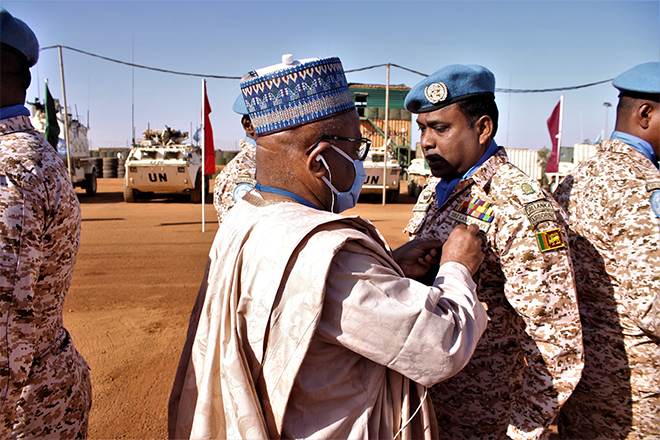 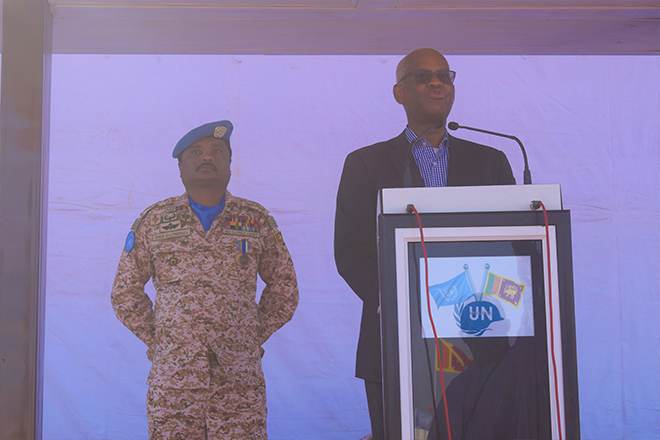 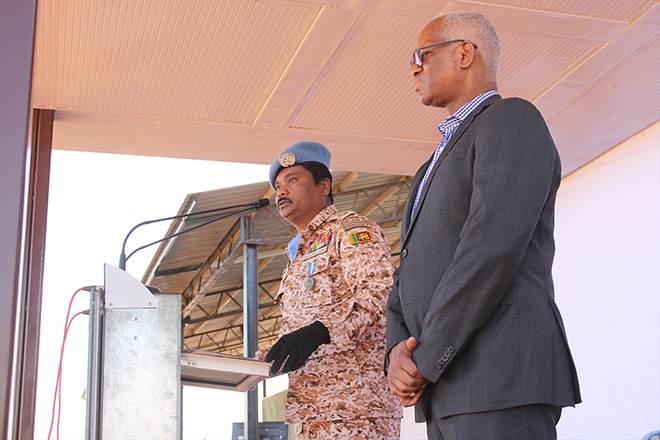