Brigadier Wishwajith Vidyananda RWP RSP USP assumed office as the 25th Centre Commandant of the most prestigious Gajaba Regimental Centre on Friday 27 May 2022.

As the first segment of the military formalities, the Centre Commandant reviewed the guard turnout and offered floral tribute to the statue of Late Major General Vijaya Wimalaratne.

Later, the Commandant arrived at the parade ground and where he was invited to take the salute of the colourful parade presented by the elegantly dressed Gajaba Regiment Troops.

The day's event was culminated following an all rank tea held at Other Ranks’ Mess where the incoming Centre Commandant had a cordial interaction with all those who were present at the occasion.

Deputy Centre Commandant, Senior Officers, Commanding officers and Staff officers of the Regimental Centre were present at the event. 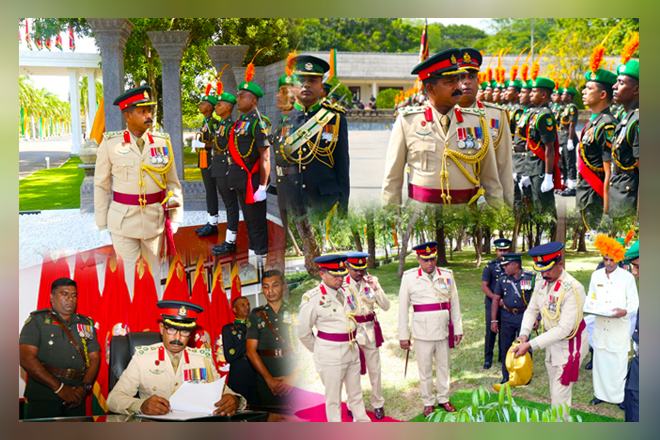 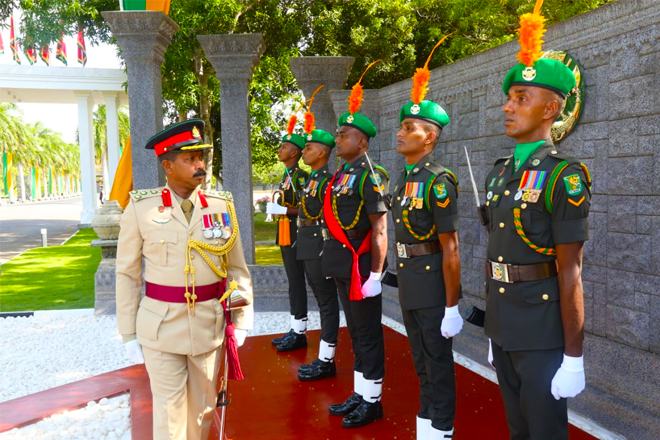 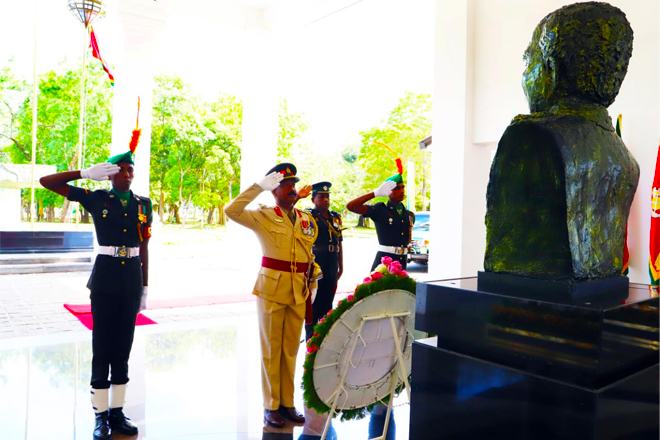 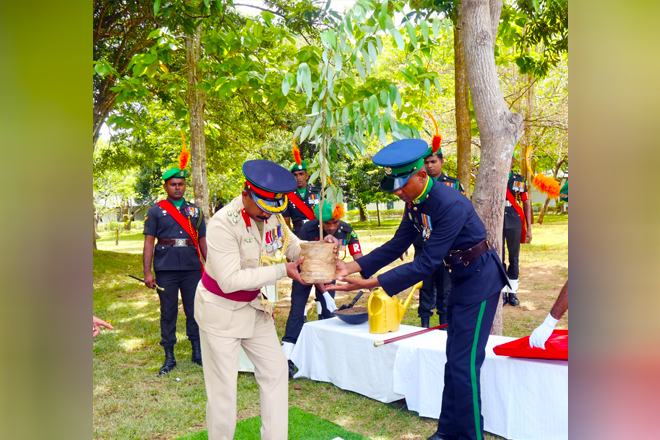 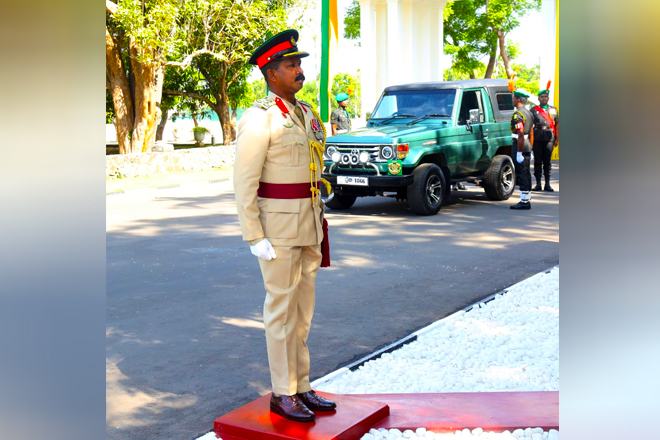 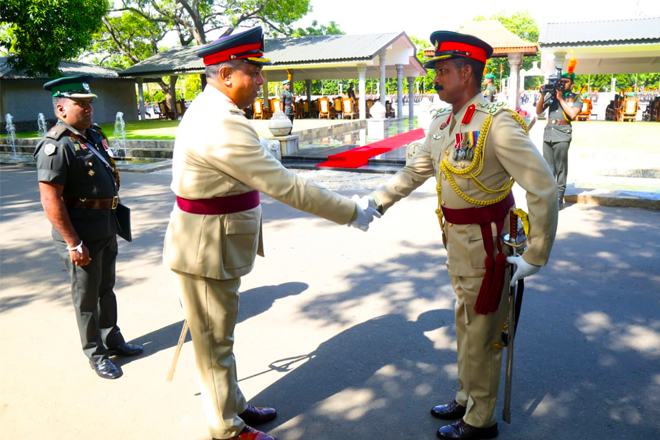 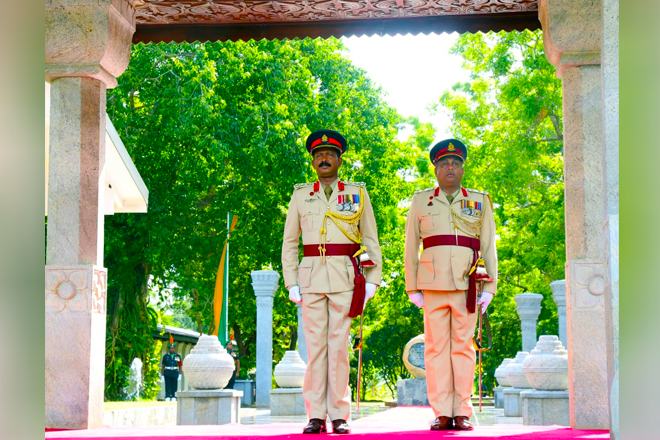 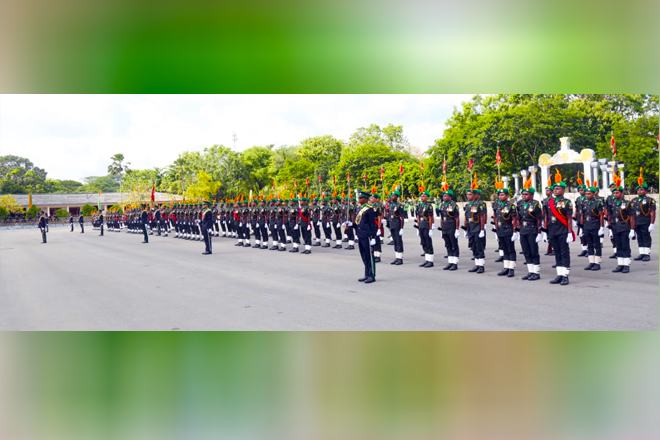 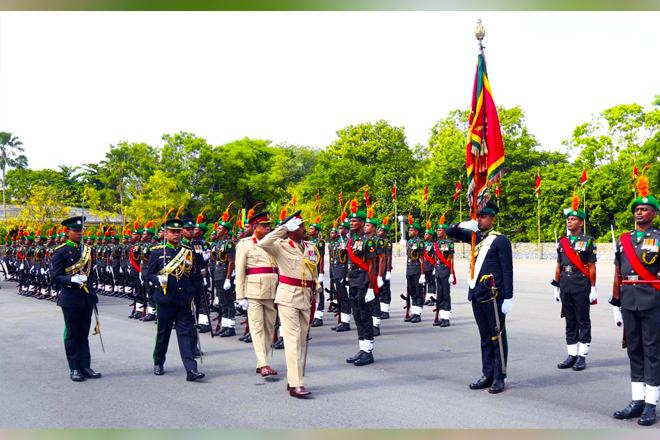 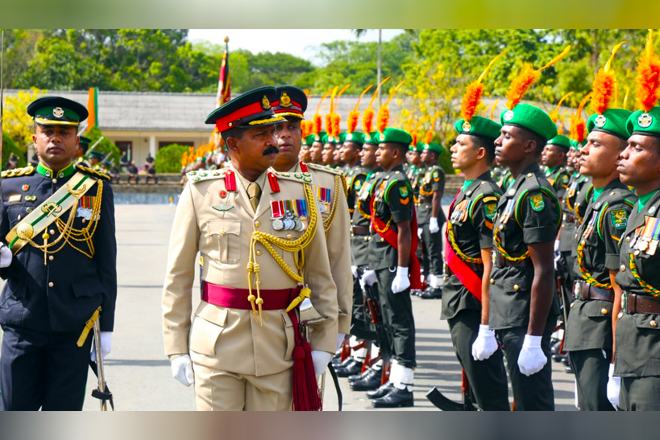 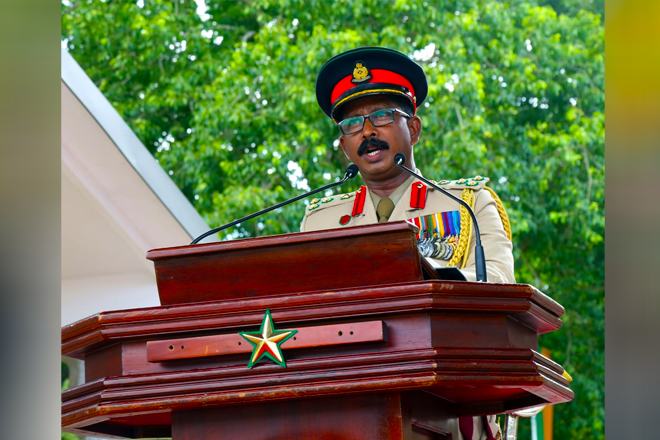 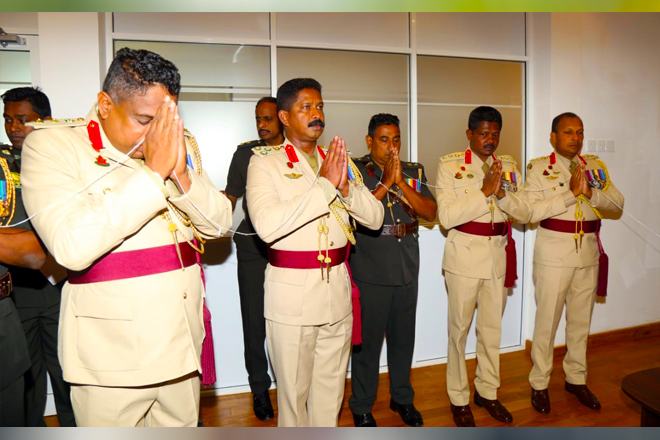 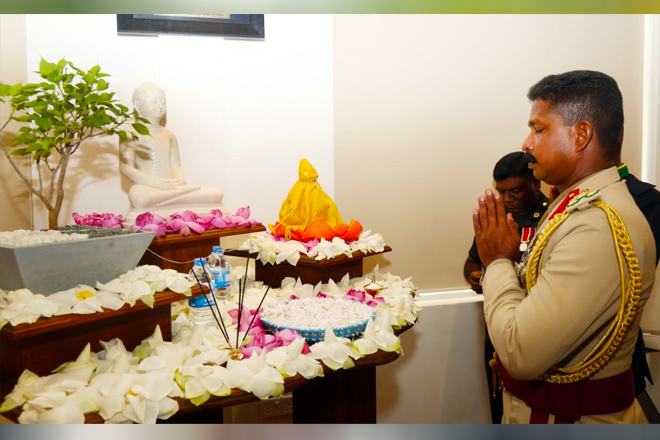 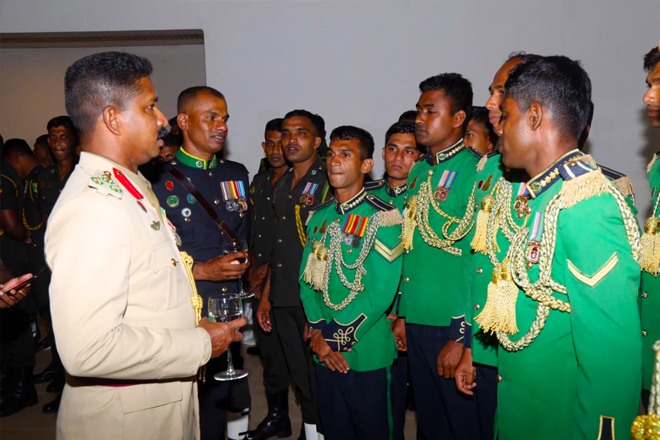 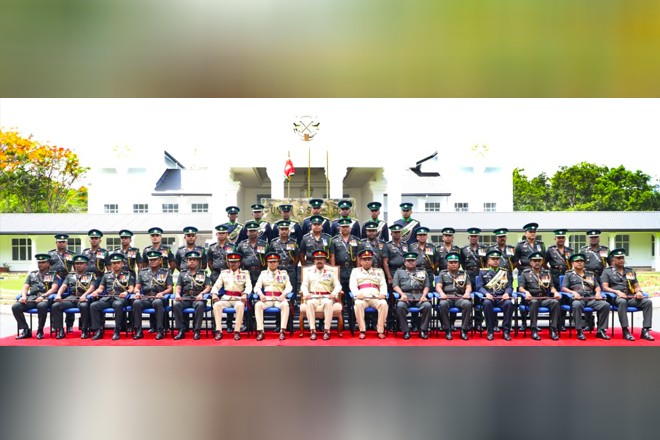