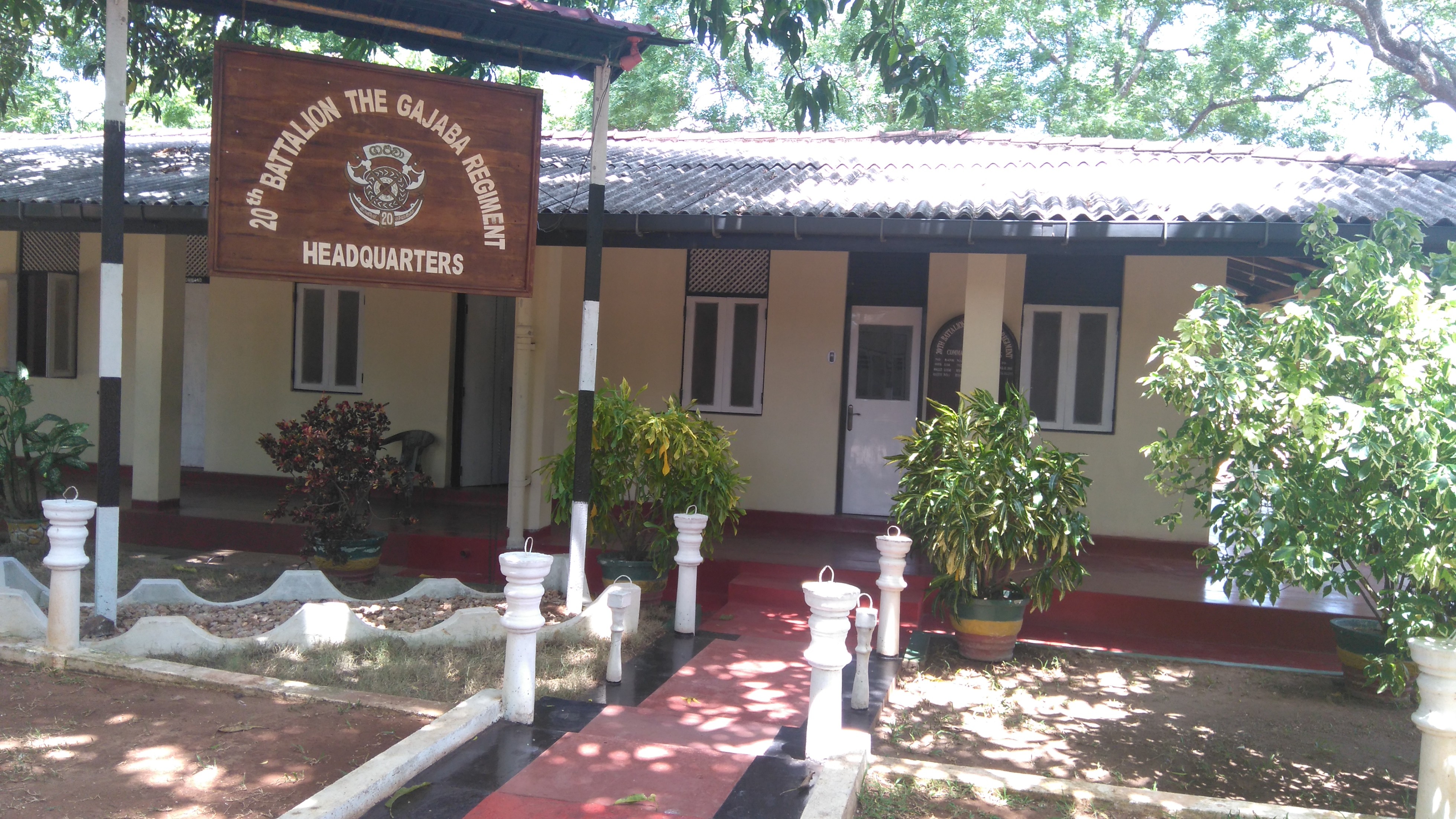 The 20th Battalion of Gajaba Regiment was established as a new regiment according to the Behavioral order 80/2008 and dated 05.12.2008 at the auspicious time of 1053hours on the 01 day of January in the year 2009 by the approval of former Army commander, General GSC Fonseka, Rwp Rsp Vsv Usp Rcds psc. This historical moment was delighted consisting with major RMAB Rathnayake psc as the first acting commanding officer including other 09 officers and 435 other ranks legionaries at that commencing occasion.

On the day of 06.01.2009, having left the home of Gajaba and attaching to the 3rd operational brigade under the 631 brigade headquarters, stared the operational duties in Mankulam and Olumadu areas and acted as a combat battalion in the operation capturing the power in the area of Udayaramkattukulam.

Again battalion was deploy at Saliypura RHQGR camp after hand over Uilankulama camp to troops of 1 GR. On 09.06.2016 Bn deploy at RHQGR where the present deployment of the battalion.