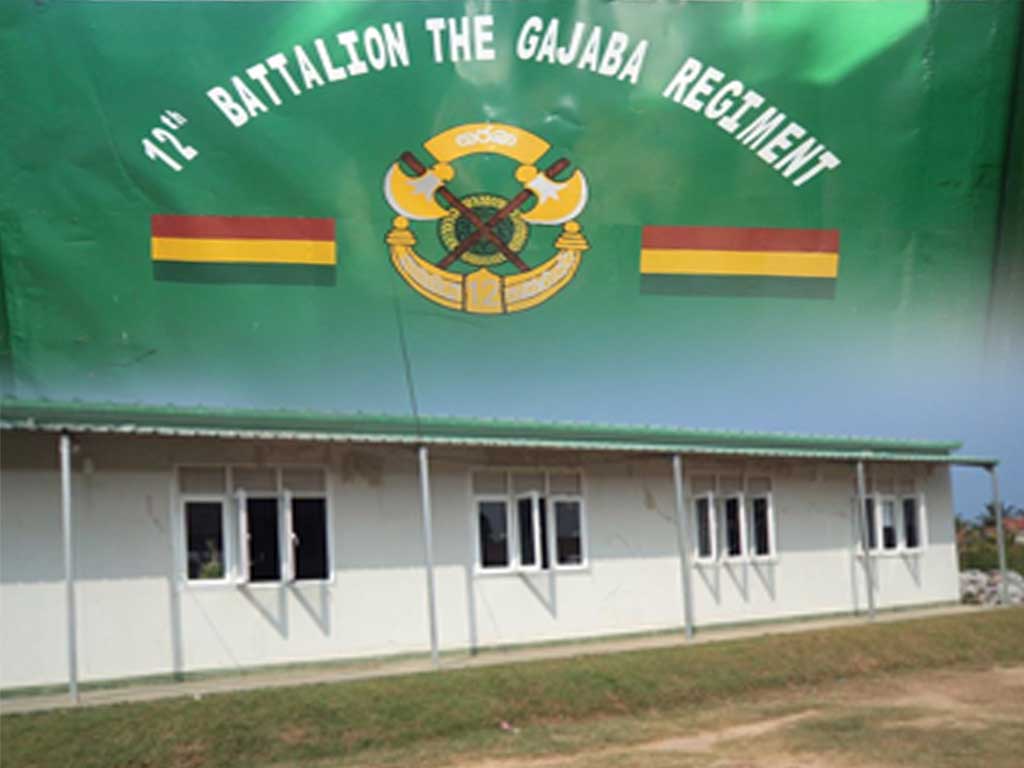 The 12th Battalion The Gajaba Regiment was raised on 8 October 2007 and is in the active Service for six years up to date. All ranks of this unit claim a high degree of professional competence and combat readiness due to their previous deployments on humanitarian operation and internal security operations throughout the Island. As such, the unit had been deployed in saliyapura, Anuradhapura from 8th October 2007 to 22nd October 2007.

The first operation of the unit had been involved to clamp - down the LTTE attack to the air force base Anuradhapura. After on 23rd October 2007 Under the 51 Division and 514 Brigade the unit had deployed at kaytes Island and serviced up to 11th January 2008. At Thanankilappu from 12th January 2008 to 24th February 2008. At Murunkan from 24th February 2008 to 8th March 2008 under the first Task Force Headquarters and 581 Brigade 12th Battalion The Gajaba Regiment joined to the wannihumantarian Operation. They Participated operations at Yodawewa, Parappakandal, Kalliadichchan, Udaiyadi, NothAdappan, Kareimuddi, Veditalathiv areas.

After the humanitarian Operation unit was established under mention places at Eranamadu from 22nd May 2010 to 8th February2010, at puttalam from 8th February 2010 to 01st March 2010. At Kandy from 01st March 2010 to 20th July 2011 had done VVIP and VIP duties. Then participated Battalion training from 20th July 2011 to 13th August 2011 at Battalion training School katukeliyawa. At Trincomalee from 15th August 2011 to 8th January 2013. After that deployed at Batticaloa 9th January 2013. The unit continues to perform the Role and task of infantry, VVIP and VIP protection as efficiently and promptly as legionnaire with in its area of responsibility under the security force Headquarters (East) till 07th May 2016. From 08.05.2016 onwards battalion was relocated at Defence Headquarters Complex premises - Akuregoda in order to relieve 10 GR. Now battalion is performing its duties under 144 Bde to ensure the safety, security & comfort in construction site of Defence Headquarters Complex.