Major General M K S Silva RWP RSP ndu General Officer Commander 62 Infantry Division, was honoured with a felicitation parade on his promotion to the rank of Major General with the participation of Council Members and many Senior Officers on 16 November 2020. Upon his arrival he was warmly welcomed by the Centre Commandant Brig M S Devapriya USP for the ceremonial Guard of Honour presented by the Sri Lanka Armoured Corps. In keeping with military traditions, Major General M K S Silva RWP RSP ndu accepted the regimental salute at the ceremonial Guard of Honour accorded with Regimental Colours at the Home of Armour camp premises. Afterwards he addressed a cross section of Officers and Soldiers by adhering all stipulated guidelines to prevent COVID 19 pandemic. The day's proceeding concluded with a All Ranks tea. 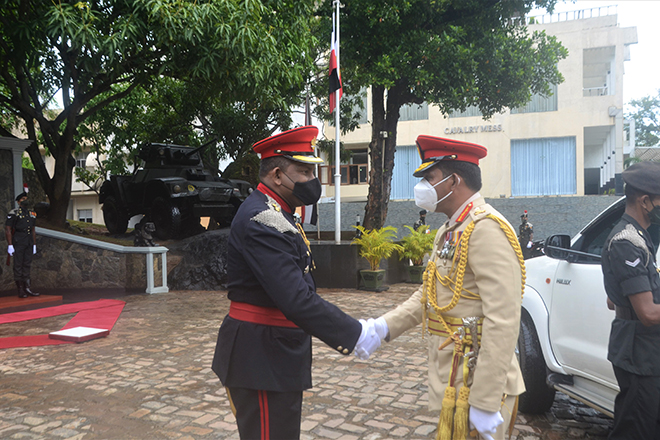 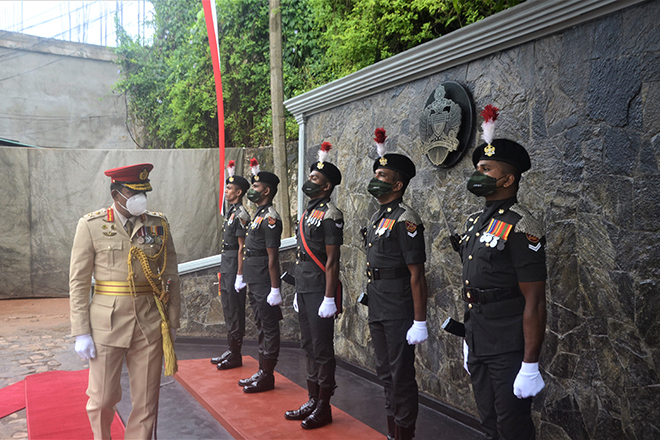 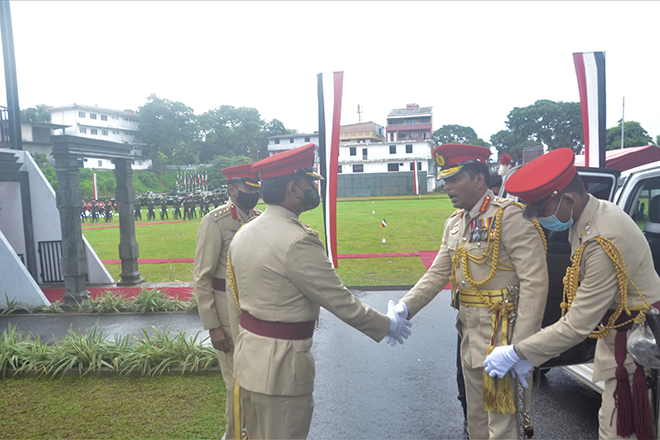 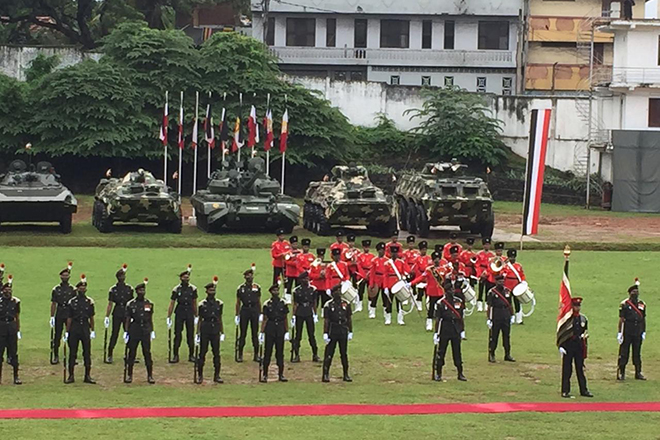 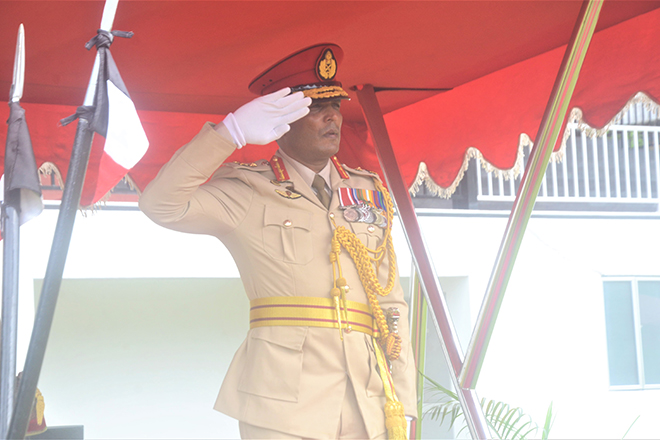 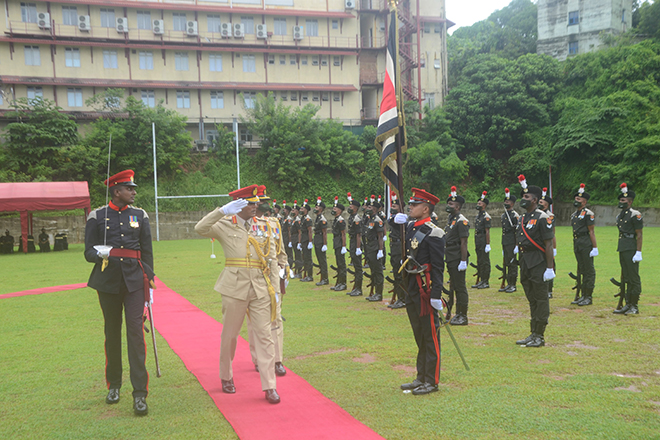 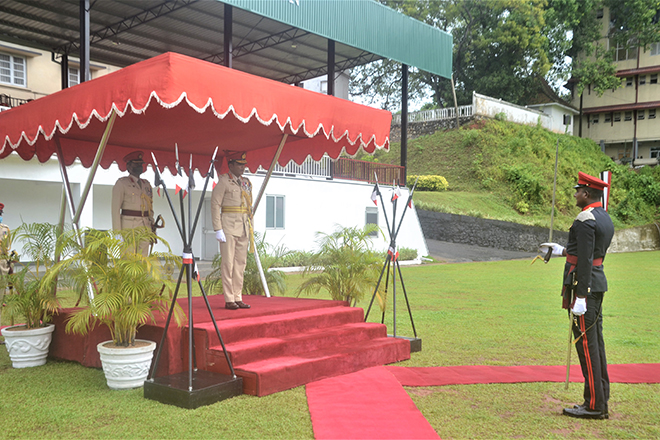 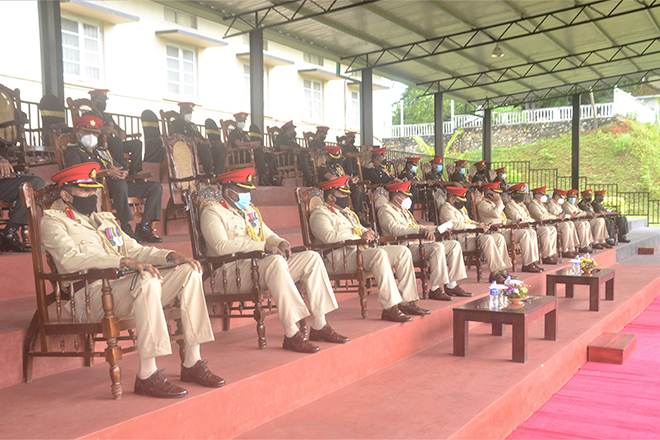 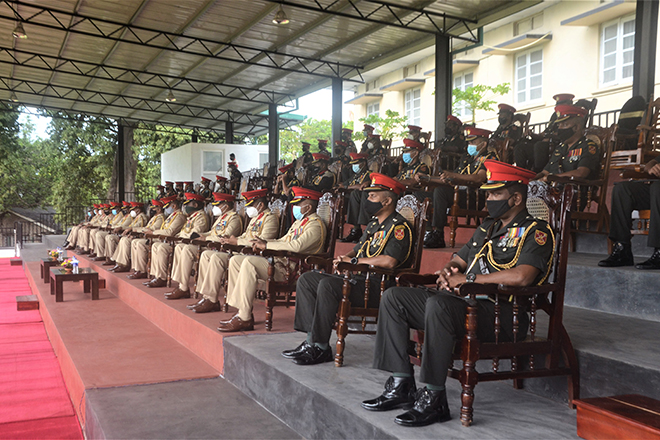 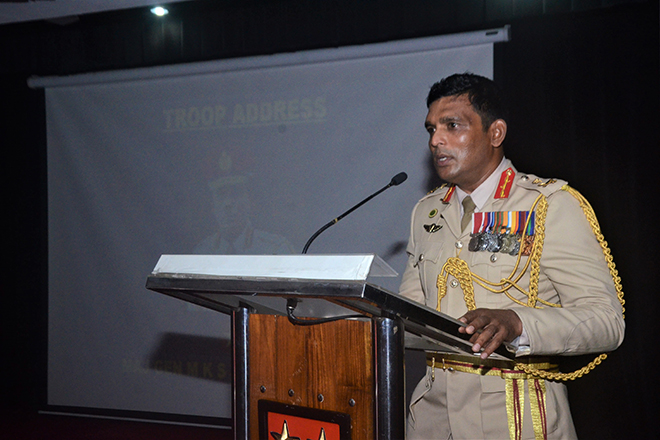 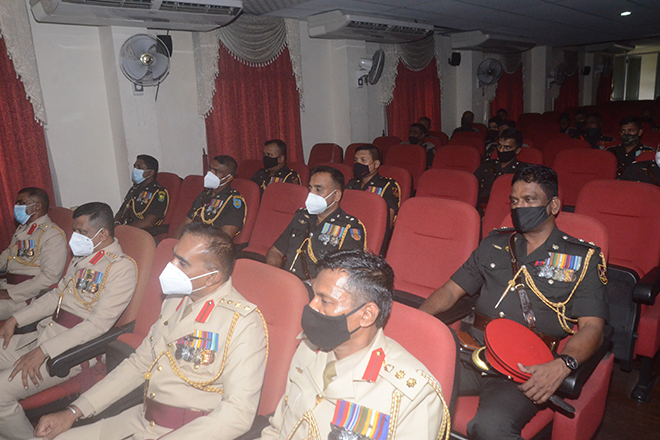 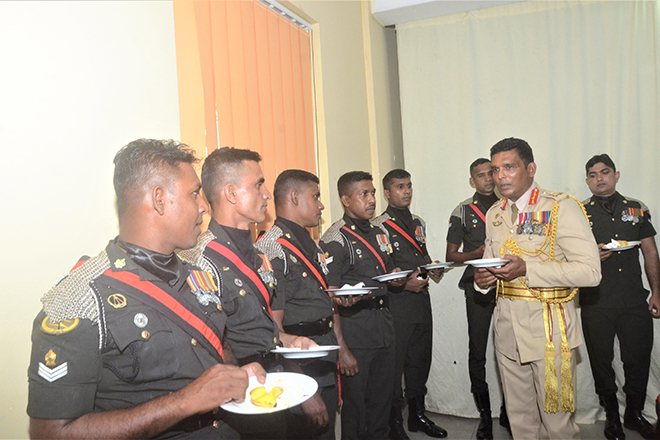