Major General U A B Medawela RSP VSV USP ndu psc assumed duties as the new Chief of Staff, the second highest appointment of the Sri Lanka Army on Tuesday, 1st November 2016 amidst greetings and best wishes.

Major General Ubaya Medawela served as the Military Advisor (Minister) to the office of the permanent representative of Sri Lanka for United Nations in New York, USA since October 2015 prior to take up office as the Chief of Staff of the Army. Furthermore he was elected unanimously as the Dean of the Asian Group of Military and Police Advisor during his stay in the US.

Major General Ubaya Medawela was born on 03rd December 1961 to a family of six. He studied at Nalanda Collage Colombo and excelled in Cricket, Badminton, Athletics and Cadetting. Having completed Advanced Level education in Bio Science, he joined the Army as an Officer Cadet in 1981 and was commissioned on 18th July 1982. He was placed first in Order of Merit and won the Sword of Honour and Tactics prize at the Sri Lanka Military Academy.

Having joined the Armoured Corps he held all important appointments of an Armoured Regiment. He commanded 1 SLAC in 1995. Thereafter, he held the appointment of Military Assistance to the Commander of the Army, Gen R De S Daluwatte and had earlier been an Aide-De-Camp to the late Maj Gen D L Kobbekaduwa.

During his career he has held instructor appointments at the Sri Lanka Military Academy as a Course Officer and then as an instructor of Methods of Instructions. He was the mentor of the Office Par Excellence Course under the guidance of the Commander of the Army, Late Gen L D C E Waidyaratne VSV USP ndc psc.

He had the opportunity of following Special to Arms and other courses in India, Pakistan, Singapore, and the Czech Republic and in the USA during his career. Further he is graded as a class one Armour Officer Instructor by the Armoured Corps Training Centre and School in India.

He was judged as the most distinguished student of the Military Operations and Peace keeping in Accordance with Lawâ Course at Defence Institute of International Legal Studies, Rhode Island, Newport USA. Over and above he has attended seminars and undertaken special visits and assignments to Chile, Brazil, Indonesia, Switzerland, UAE and the UK.

He is an alumnus of Defence Services Command and Staff Collage, Wellington, India with an instructor grading and holds a First Division Degree in Master of Science in Defence and strategic Studies from the University of Madras. Subsequently he was a member of the Directing Staff at the Command and Staff College, Sri Lanka.

He commanded 554 Infantry Brigade in Kelaly Jaffna and became the Centre Commandant of the Sri Lanka Armoured Corps thereafter. He was the Director Armour and Commander Armoured Brigade, prior to taking over duties as the first Chief Instructor of the Defence Services Command and Staff College. Thereafter he was the Deputy Vice Chancellor of the General Sir John Kotelawala Defence University and then was the General Officer Commanding of 53 Division.

Major General Ubaya Medawela graduated from the National Defence University of China, as the first of the top ten participants out of 75 students from 46 countries and his graduation thesis on Perspective of Chinaâs policy towards Indian ocean regionâ€™ was graded as an outstanding thesis unanimously by Chinese experts.

He was a member of the delegation to the 17th Human Rights session in Geneva led by Minister Mahinda Samarasinghe. Moreover he is a visiting lecturer to the Department of Industrial Management at University of Kelaniya and Naval Command and Staff College of Thailand.

Major General Medawela was the Chairman Army Cricket and achieved the best performance ever by an Army team to secure the unbeaten top position in first class premier league of Sri Lanka Cricket in 2013. Studying wild habitats, exploring beaches, trekking and gardening are his pastimes.

He is a recipient of the Rana Sura Padakkama for Gallantry, Vishishta Seva Vibushanaya and Uttama Seva Padakkama for unblemished and excellent military career, long service medal for distinguished service and other operational medals. 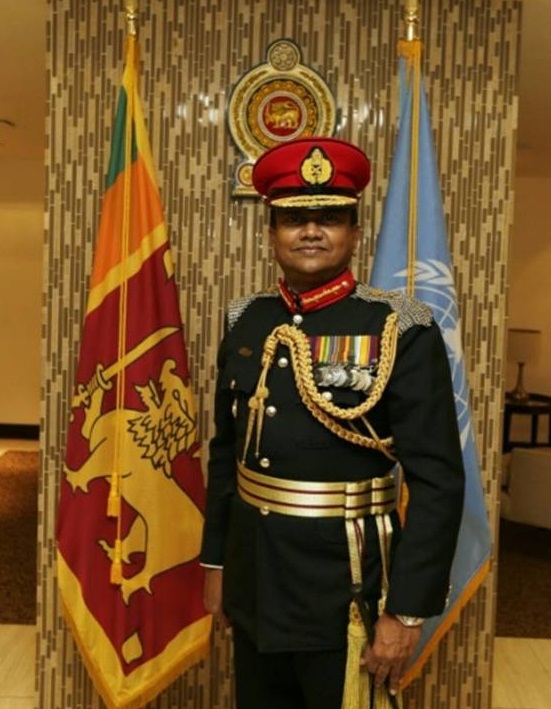