Finals in the Inter Regiment Badminton Tournament - 2021 got underway on 15 July 2021 at the Rock House Camp, graced by the Brig M A Izadeen RSP, the Commandant and Chief Executive Officer of Ranaviru Apparel, Yakkala as the Chief Guest. This tournament was organised by the 1 Reconnaissance Regiment Sri Lanka Armoured Corps.

The preliminary rounds of the tournament were conducted on 13 and 14 July 2021 under the categories of, Over 45 Doubles, Open Singles and Team Championship.

5 Reconnaissance Regiment emerged as the champions of the team championship defeating the 6 (Rft) Regiment after a neck-to-neck battle.

In the thrilling finals of Open Singles Maj B S R Samarasekara of 1 Reconnaissance Regiment, overcame the aggressive attack of Maj G D P Garusinghe of 4 Armoured Regiment to become the Champion of Open Singles while securing the award of best player of the tournament 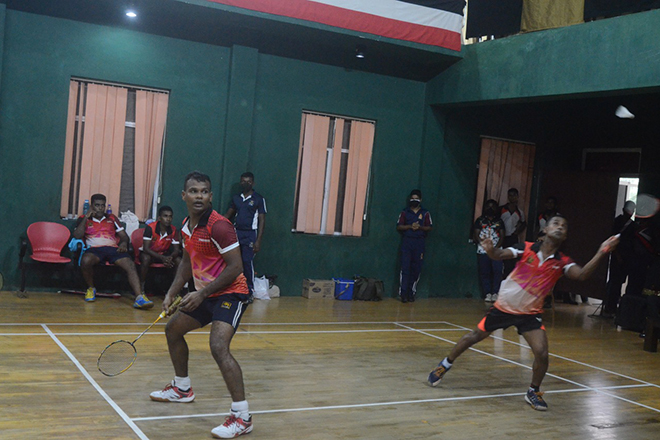 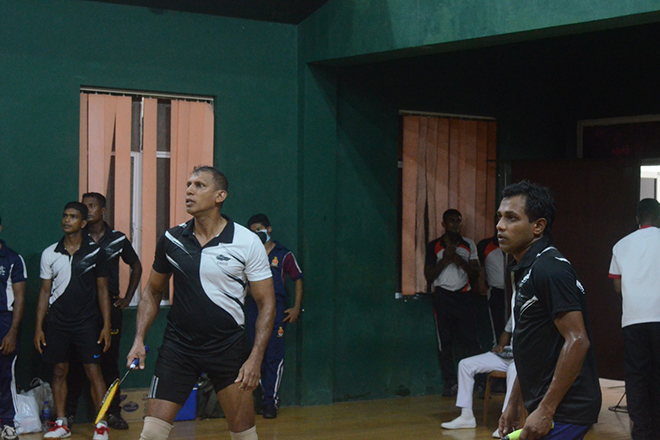 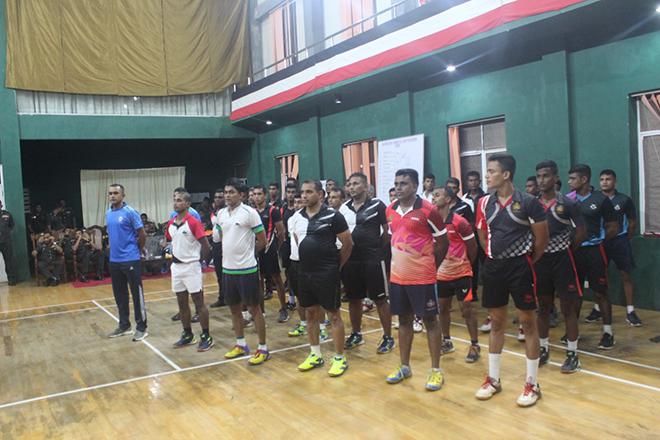 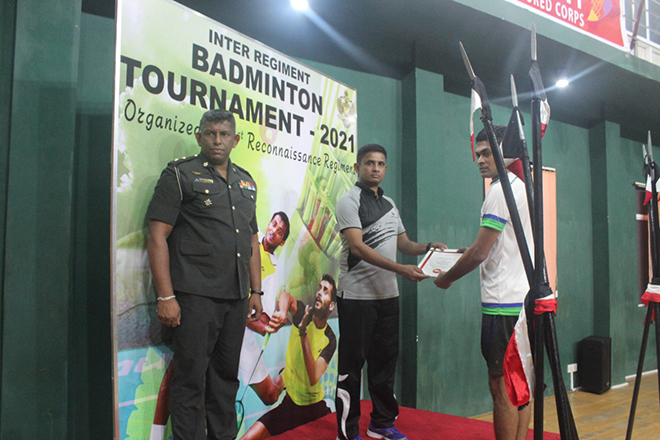 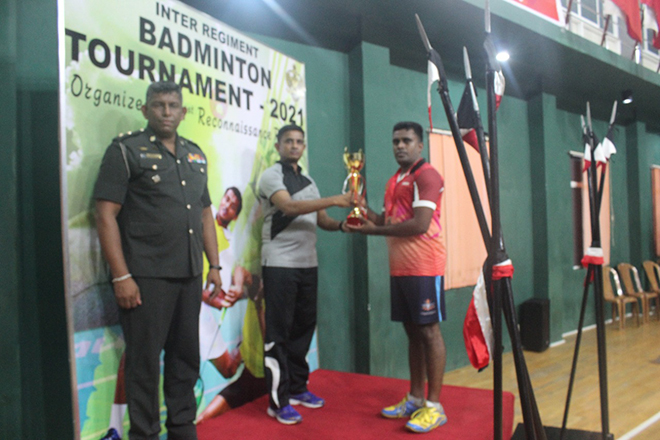 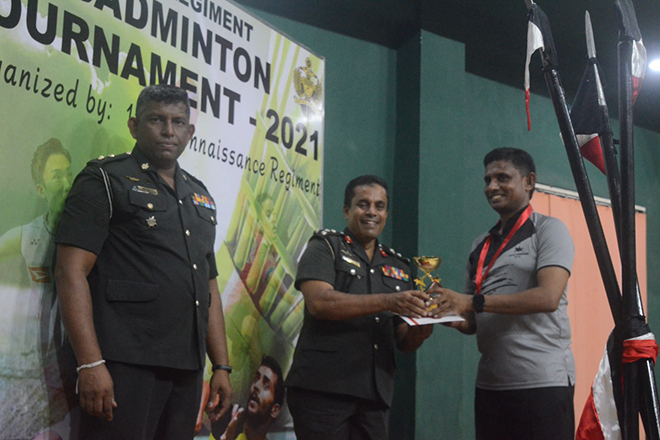 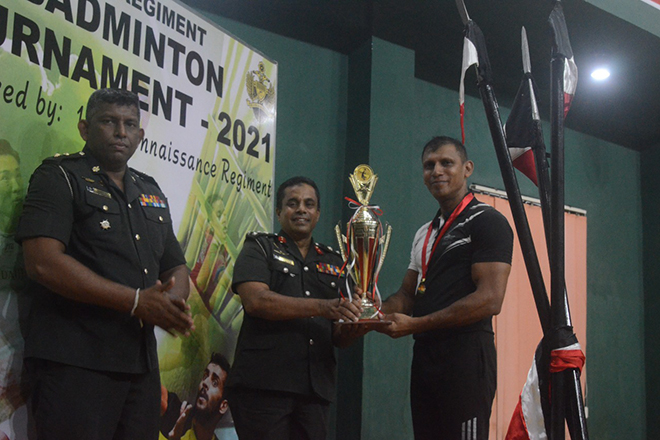 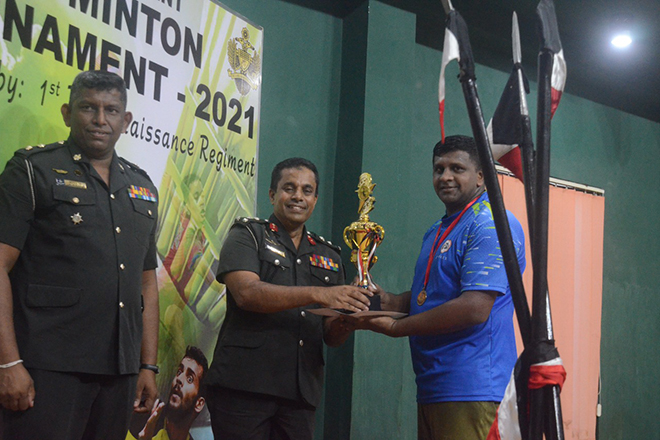 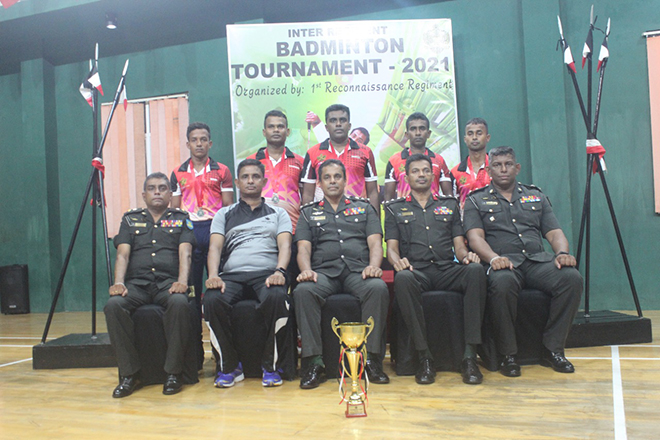 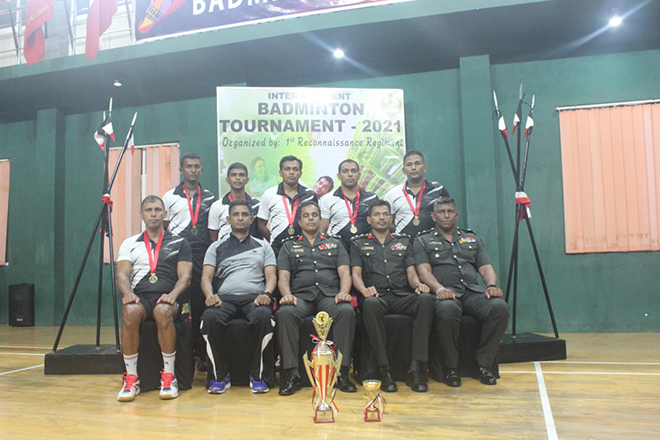 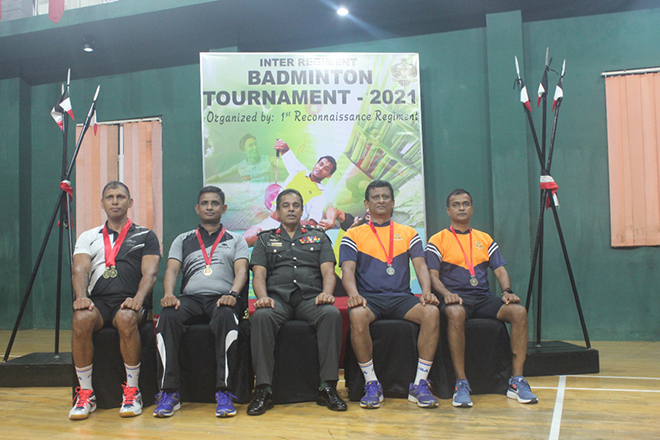