Colonel M S Devapriya USP, on his arrival to the Regimental Centre was welcomed by Lt Col P N Wijesiriwardena RSP USP, Deputy Centre Commandant SLAC. He was honoured with a Guard Turnout by the troops of 1st Recce Regiment at the main entrance of the Rock House camp. The newly appointed Centre Commandant took over duties at the auspicious time amidst religious blessing with the presence of many senior officers. Later, He attended for tree planting, a tea party with all ranks followed by a Troops address at the auditorium. 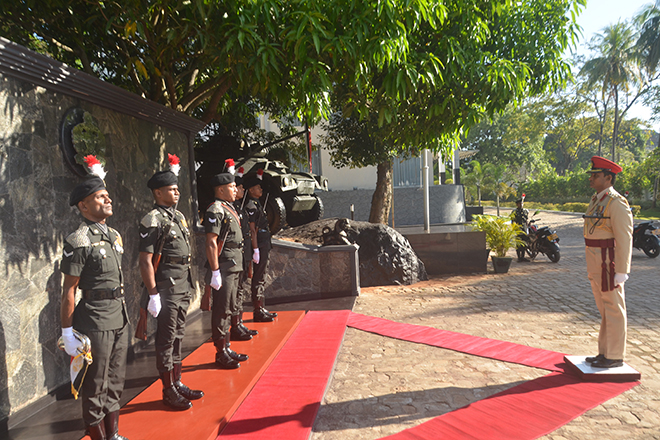 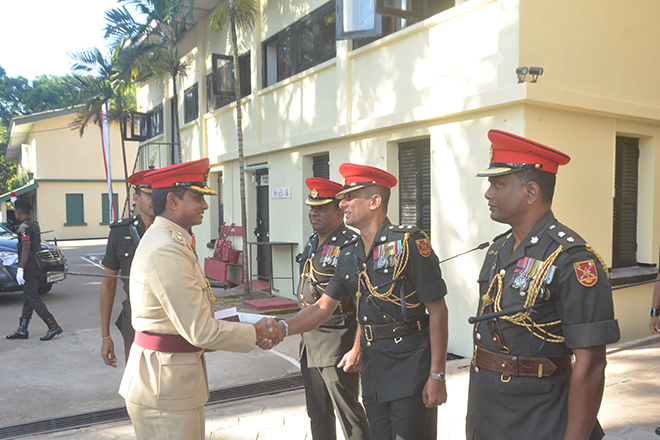 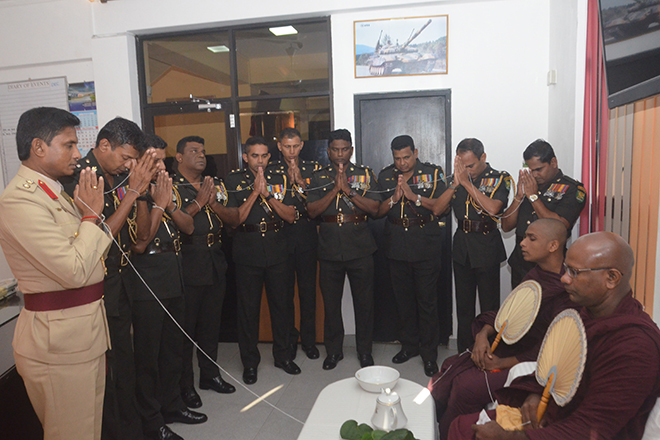 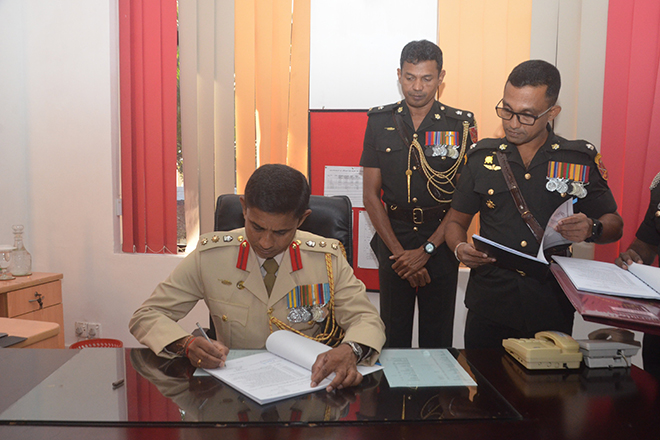 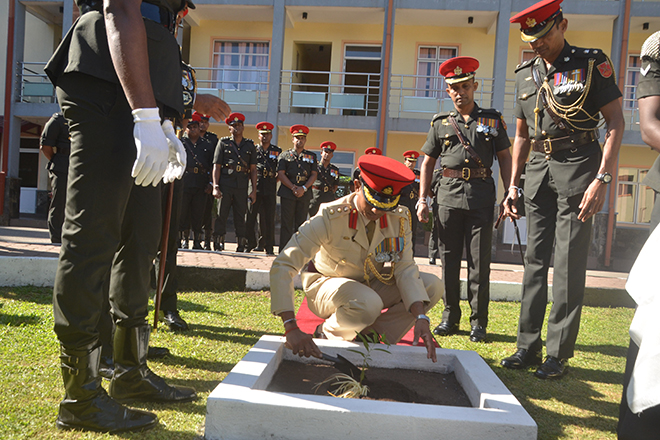 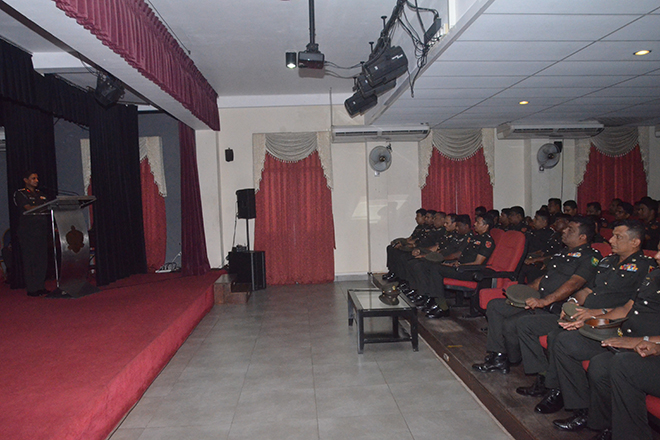 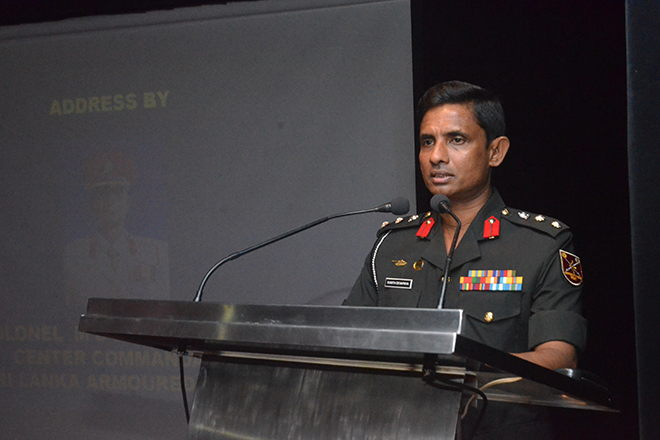