COLONEL COMMANDANT CALLS ON THE COMMANDER OF THE ARMY

The Colonel Commandant - Sri Lanka Armoured Corps, Major General A L P S Thillekerathne RWP RSP USP psc calls on the Chief of Defence Staff and Commander of the Army on 6 November 2020 at Army Headquarters prior to his retirement from the Army. 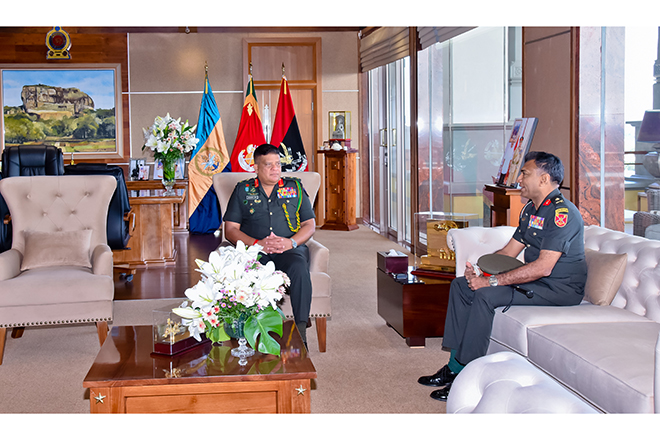 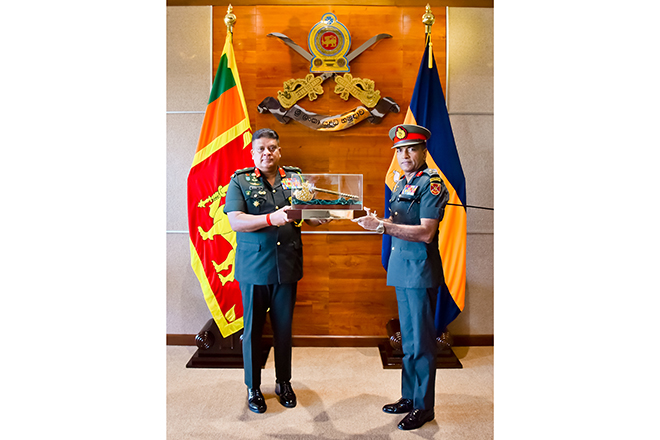 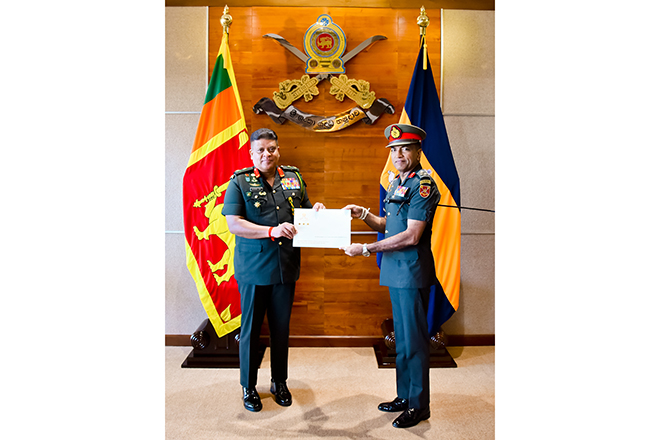 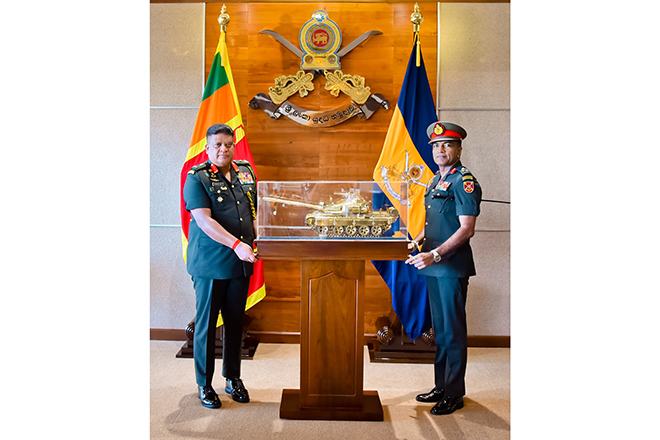