As per the Army way forward Strategy 2020-2025, Civil Affairs plays a vital attribute towards the country’s stability and national security. Hence in parallel to this concept, under the direction of the Armoured Brigade, the 3 Armoured Regiment Sri Lanka Armoured Corps built a new house for a needy family at Galkadawala, Anuradhapura, with the consent of Security Forces Headquarters (Wanni) along with the financial assistant from Scienter Technologies Pvt Ltd.

The house construction project was carried out by the troops of 3 AR SLAC with the untiring effort under the direct supervision of the Commanding Officer, Lieutenant Colonel THMDRM Peiris RSP psc. From the initiation itself, the project was overly supervised and guided by, Brigadier PAM Peiris RSP USP psc, the Commander Armoured Brigade.

The housewarming ceremony was held at 0915 hrs on Friday, 25 March 2022 amidst religious blessings and keys were handed over to the beneficiary along with furniture and household items. The Ceremony was graced by the General Officer Commanding 21 Infantry Division, Commander Armoured Brigade, Senior officers and number of other distinguished civilian guests. 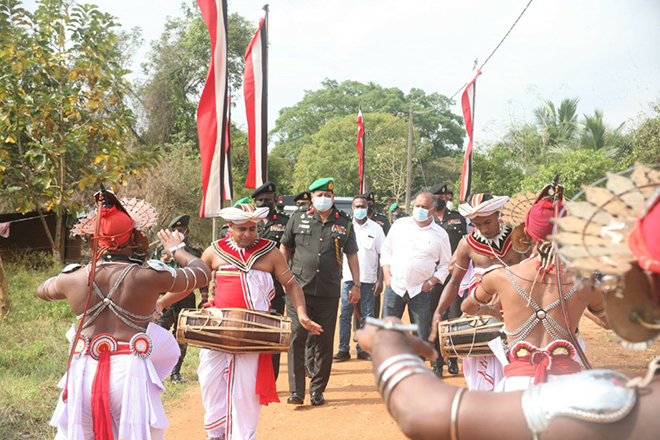 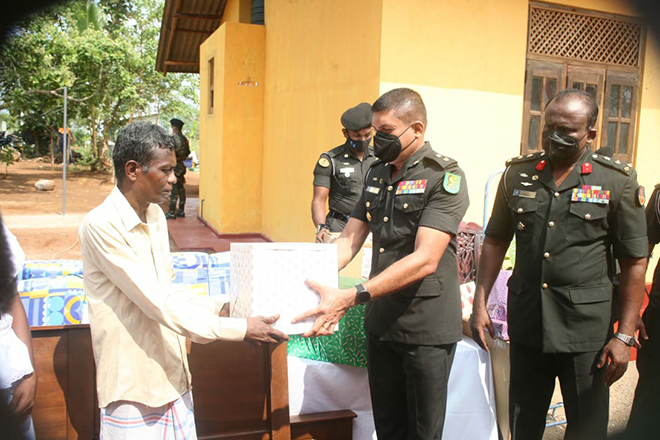 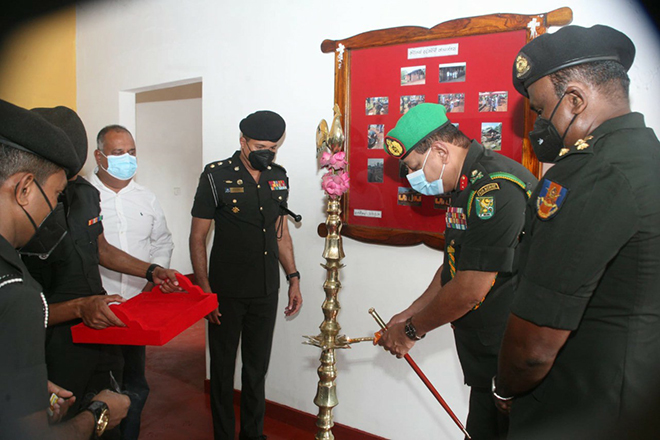 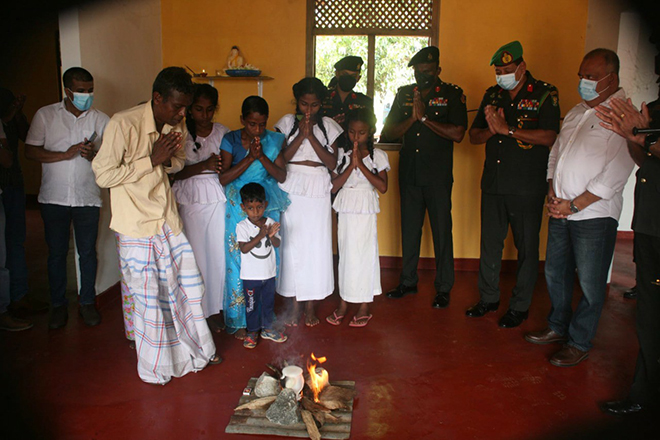 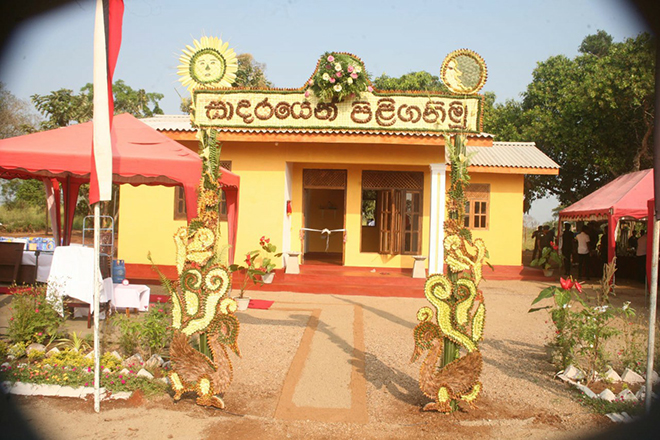 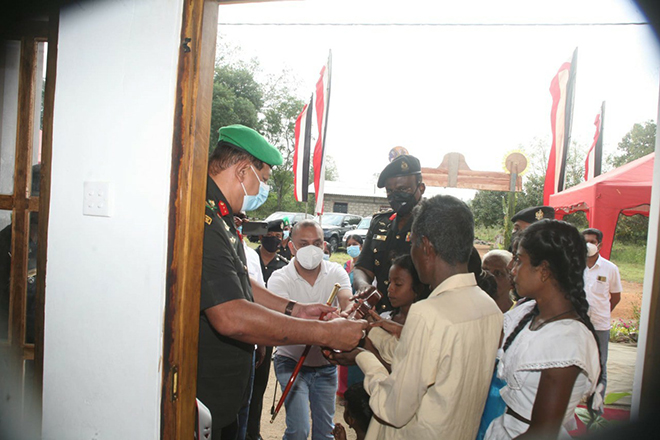 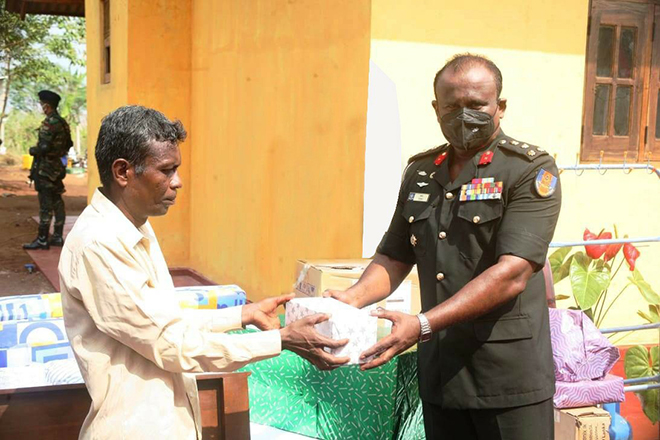 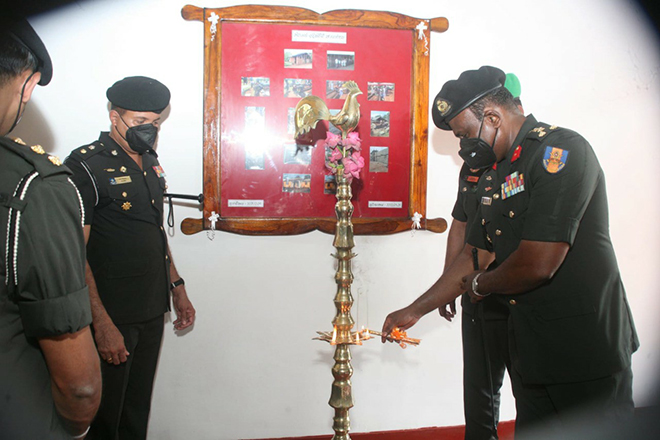 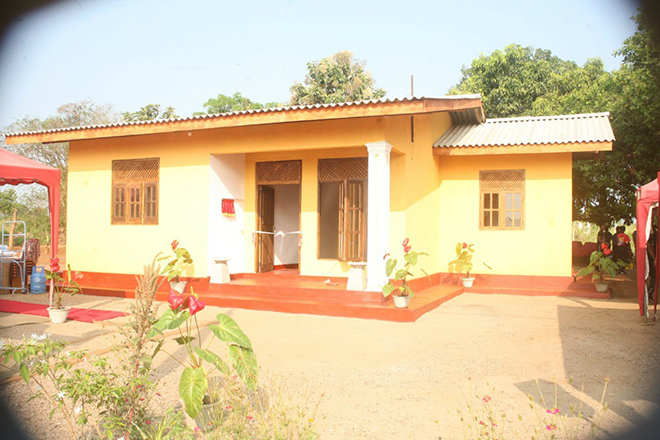 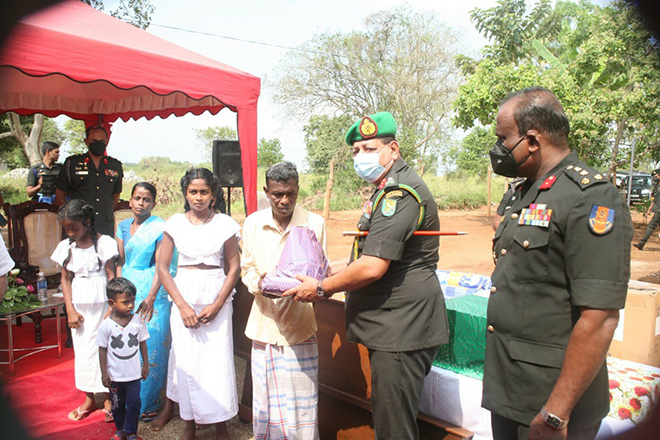 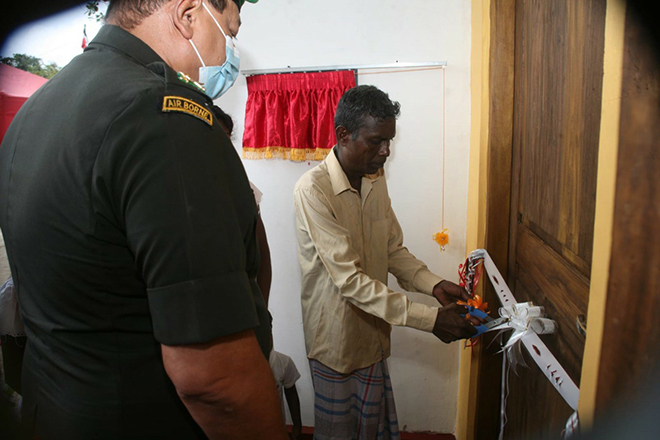